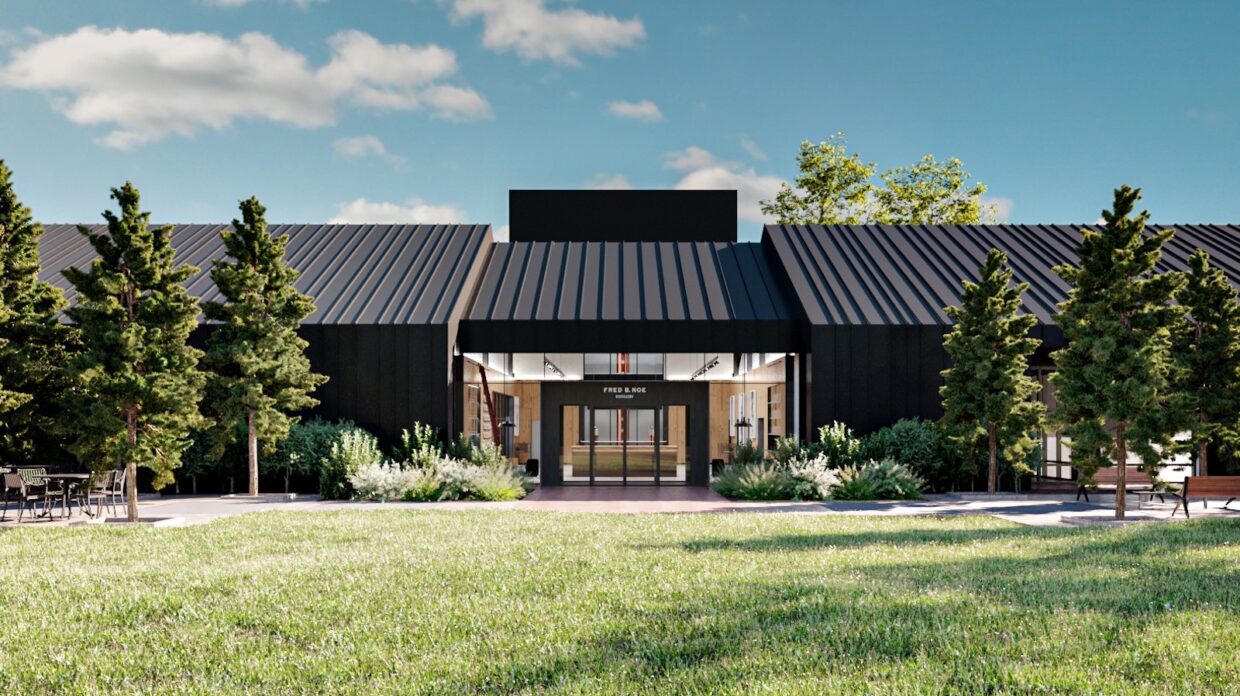 A rendering of the Fred B. Noe Distillery in Clermont, Kentucky, where Jim Beam will make Booker's, Baker's, and experiment with new mashbills.

Large distilleries fit the familiar cruise ship metaphor: They’re steady, strong, and well-resourced, yet less able to respond quickly to new ideas compared to their smaller, more agile counterparts. But many large distilleries are just as interested in innovation and experimentation as the small players. Kentucky’s biggest distiller, the James B. Beam Distilling Co., has solved this conundrum by opening a new, small-scale distillery on the campus of its Clermont facility.

“Small,” however, is a relative term: This new distillery is set to turn out 65 to 70 barrels per day, a volume few craft producers can even dream of. Those barrels will include the annual production of such labels as Booker’s and Baker’s, as well as an array of innovative and experimental whiskeys cooked up by eighth-generation distiller Freddie Noe. 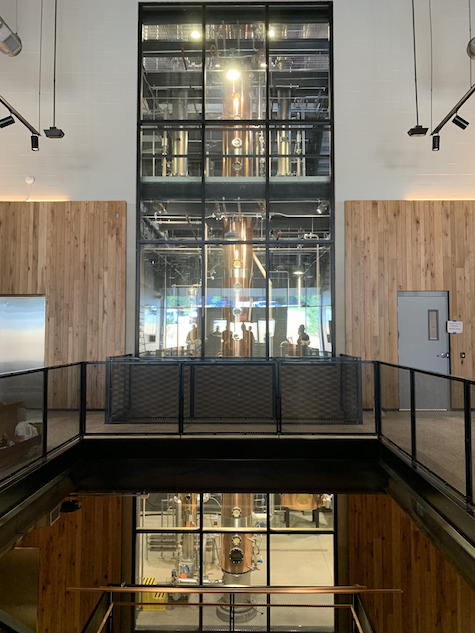 The still at the Fred B. Noe distillery is 24 inches in diameter and stands three stories tall. (Photo by Susannah Skiver Barton)

The distillery bears the name of Freddie’s father, seventh-generation master distiller Fred B. Noe. While Fred knew that the small-scale production facility was in the works, at the groundbreaking two years ago he was surprised to find himself the namesake. (At Freddie’s suggestion, the company later dropped “craft” from the distillery’s name, noting that everything that Beam distills, regardless of production scale, is part of the company’s craft.)

The Fred B. Noe Distillery officially started production in late July, testing equipment and making sure everything is in working order. One day in early August, they were running the Jim Beam mashbill as 11 stainless steel fermenters bubbled away. A glass-encased stillroom houses a 24-inch diameter beer still rising three stories as well as a doubler, and Freddie plans to install a pot still from the Jim Beam Urban Stillhouse, which was located in Louisville and closed in 2020, to run small-scale experimental mashes. “It’ll give us the opportunity to stretch even further,” he says, hinting that there could be smoked mashbills in the future.

As each barrel is filled, it’s loaded into a special rack for a short-term stay—24 hours, to check for leaks or other issues—before being trucked to one of Beam’s many warehouses. With such a generous production cap, the Fred B. Noe distillery can easily supply the needs of Booker’s and Baker’s while leaving over two months a year for Freddie’s experimental projects. The young distiller—best known for his Little Book series that showcases the blending of Beam’s deep stocks—has privately shared a few of these innovations already, including an American single malt that has notes of spice, tea leaf, and toasty oak. 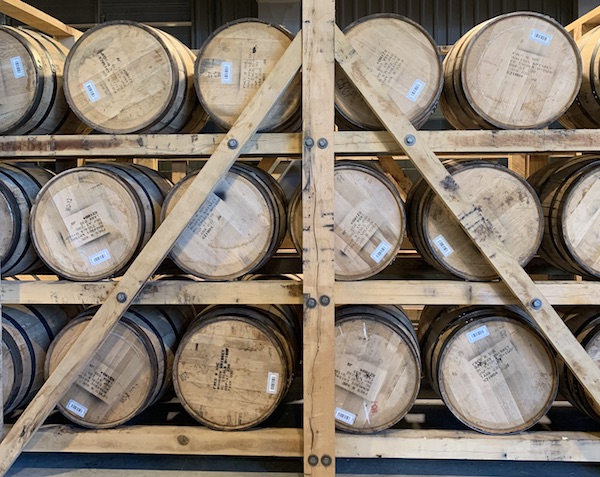 The new distillery can produce 65 to 70 barrels a day. (Photo by Susannah Skiver Barton)

“There’s a lot of capability that we can unlock—some of it is with huge grain adjustments, proof adjustment, warehousing,” he says about the array of possibilities before him. “We’re just scratching the surface. If we can keep the attention on the industry for long enough, I think we can find a whiskey in America for everyone.”

An Invitation to the Future

The Fred B. Noe Distillery is not open to the public but houses a private bar and blending room that will be used for VIP visits and special events. It also has classroom space for training the next generation of distillers, part of Beam’s partnership with the University of Kentucky.

Just before the distillery’s grand opening, Freddie launched Chapter Five of Little Book, called “The Invitation.” Four different whiskeys went into its final blend, including some experimental liquids: a base of 2 year old bourbon that was distilled to and barreled at a lower-than-normal proof; a 3 year old 100% malted rye; a 5 year old bourbon; and a 15 year old bourbon. As usual, the blend is uncut and unfiltered, bearing an alcohol by volume of 58.4%. In addition to its national rollout, 500 bottles of Little Book Chapter Five are being packaged with Chapter One and made available direct-to-consumer as part of a new membership program called Barreled & Boxed, made possible thanks to Kentucky’s new law.