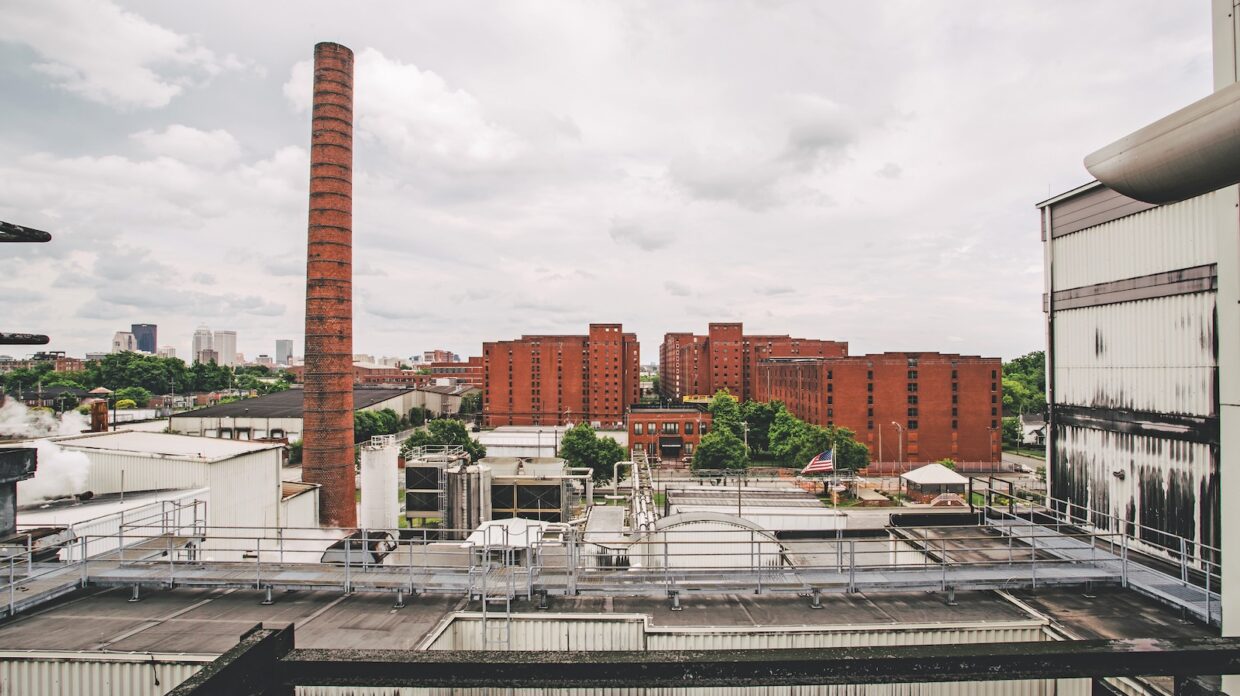 Heaven Hill Distillery is one of the largest whiskey makers in America, filling over 1,300 barrels of award-winning bourbon, rye, and wheat whiskey every day. (Photo by Kriech-Higdon-Photography)

Regardless of a distillery’s size, every drop of whisky that emerges has gone through the same basic processes: cooking the grain, fermenting with yeast, distilling, and maturing in barrels. But these steps can look very different at the world’s largest whisky distilleries. Here, you’re unlikely to encounter the quaint aesthetics of a craft producer, like hand-raked malting floors, weathered wooden mash tubs, or a tail-wagging resident canine. Yet despite their lack of romance, large-scale distilleries create some of the best whiskies in the world—and most of the whisky in the world.

Big distilleries often create better-quality whiskies overall because they have access to more resources—materials, tools, expertise, experience—and the stakes are higher; one bad batch could equal hundreds of thousands of gallons, and a whole lot of lost revenue. You have likely tasted and enjoyed many whiskies made on an industrial scale: Jack Daniel’s, Johnnie Walker, Jameson. Consistently delivering high quality, whiskies like these also often bear affordable price tags.

The biggest distilleries are scaled up and designed for efficiency, though sometimes limited by the style of whisky they produce. Those that rely on column stills, such as to make bourbon or grain whisky, churn out tens of millions of gallons a year. Distilleries that make pot still-driven styles, like single malt scotch and Irish whiskey, operate with smaller dimensions, though the leading producers can still make several million gallons of spirit annually.

These jumbo distilleries lose more whisky to evaporation in a month—tens of thousands of gallons, in some cases—than their petite peers make in a year. Some are so immense, they have smaller distilleries within them for research and development—and even those can dwarf craft counterparts, like the Fred B. Noe Craft Distillery at Jim Beam’s Clermont, Kentucky facility, which will be able to make 1.2 million proof gallons a year when it’s complete in 2021. These massive whisky plants sit on campuses so sizable, workers get around by bike or car, and the amount of alcohol they produce is so prodigious that electronic devices are banned on the production floor, lest they cast a spark.

Step 1: Getting the Grain, Milling, and Mashing

At the industrial scale, a distillery measures its grain storage capacity with sonar and mills enough corn in an hour to feed over a million chickens for a week.

Every distiller will tell you that fermentation is the key to making great whisky, but yeast can’t be rushed—so giant distilleries have come up with innovative and complex solutions to avoid bottlenecks.

Running 24 hours a day and at these sizes, stills—which are either comically colossal or multiplied by the dozen—can only be precisely managed with the help of computers.

Got a million barrels to mature? The most efficient solution can be to simply operate your own cooperage. Oh, and you’ll need a sophisticated inventory tracker too.

Step 5: Blending, Bottling, and Cleaning Up

Blending whisky at scale means measuring it by weight, not volume, thanks to temperature swings in the massive blending room. And after all the whisky is bottled up, there’s still a lot to deal with, like wastewater, spent grain, and other byproducts.