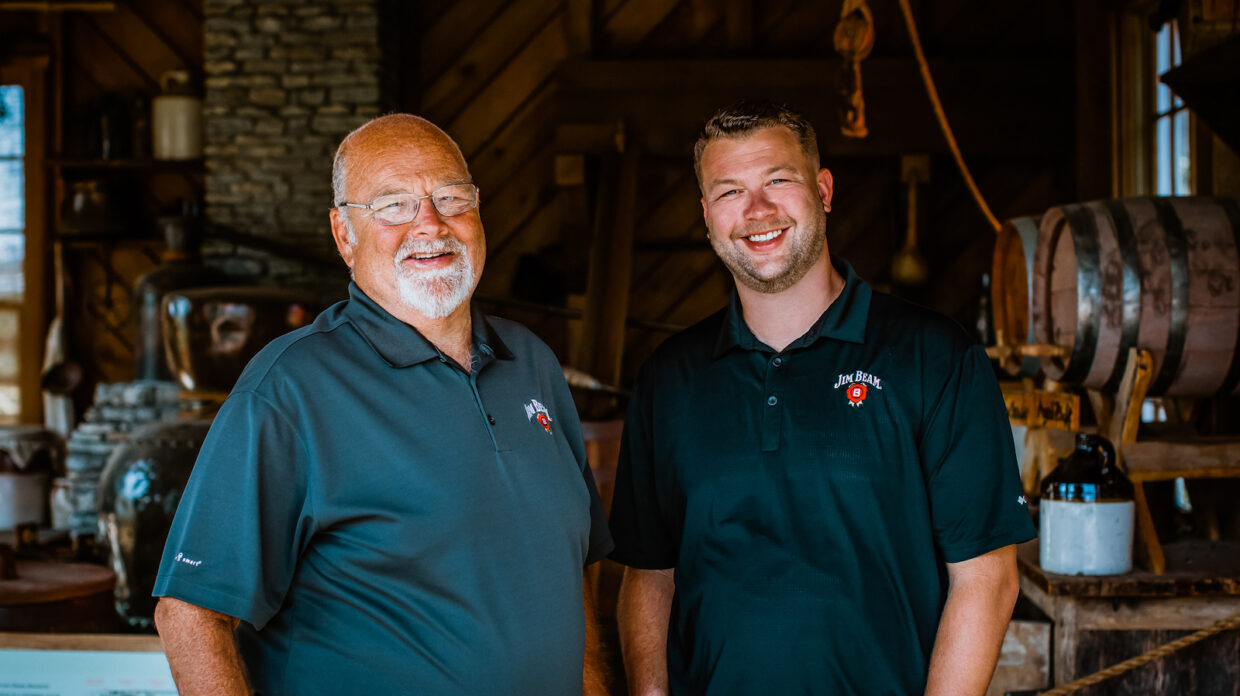 Each whiskey Freddie Noe creates is a reflection of where he is in his journey as an eighth-generation distiller at Jim Beam. Freddie is the mind behind Little Book, developing a unique blend each year using some of Beam’s best whiskeys. “A lot of it is [based on] where I am in my career, or things I’m working on,” he said in an Instagram Live interview on Sept. 25, part of Whisky Advocate’s #TasteWithSpace series. But the backstory behind each release also is particularly important in unpacking how Freddie’s own heritage as the son of an iconic American whiskey family informs his process when it comes to putting together the blend.

“Chapter 1 ‘The Easy’ was really about the ingredients of bourbon, and an ode to Granddaddy,” Freddie said, referring to his grandfather, Booker Noe, a legendary distiller and the grandson of Jim Beam himself. “Chapter 2 ‘Noe Simple Task’ really talked about the liquid itself, from [Alberta Distillers], and our whiskey as well.” Chapter 3 “The Road Home” revisited Booker Noe’s legacy. With Chapter 4 “Lessons Honored,” Freddie wanted to pay homage to another person who’s had major influence on his work as a distiller.

“I thought it would be a perfect opportunity to pay tribute to my dad [Fred Noe],” he explained. “The more I’ve been in the industry, a lot of folks tell me how much I remind them of my grandfather. But he passed when I was 15, so a lot of my connection with him came directly from Dad, having conversations about Granddaddy and his perspective on things. So as much as this has been about the path Granddaddy laid for us with the Small Batch [Collection, comprising Booker’s, Baker’s, Knob Creek, and Basil Hayden’s], and rekindling the fire of the bourbon industry, Dad played a big role in helping educate consumers and really getting the Small Batch out there for people to taste. ‘Lessons Honored’ comes from lessons my dad taught me that I’m trying to honor—both in the industry, and with this whiskey.” Even the bottle tag is blue for the Noes’ favorite team, the Kentucky Wildcats.

To better understand the three component whiskeys that make up Little Book’s fourth release—two bourbons and a rye—Freddie and Whisky Advocate executive editor Jeffery Lindenmuth dove into a deconstructed tasting. The first whiskey they tasted, a 7 year old Kentucky straight bourbon, clocks in at 122.6 proof. Significantly, Fred Noe blind-tasted and helped his son select it for the blend, marking the first time Freddie’s enlisted the help of someone else in picking out a component whiskey for a Little Book release. “He really homed in on this being his favorite liquid stream,” Freddie said. “This is a 7 year old Knob Creek whiskey,” which is important because during Fred’s early years as an ambassador for Beam whiskeys, he was “at the forefront of pushing the Knob Creek brand.” For Chapter 4, father and son deliberately chose a whiskey of this particular age because “you’re really starting to get more flavor from the barrel coming through in that 6 or 7 year mark,” Freddie explained. “You’re really getting a lot of these brown sweets coming through. We noted it as having high levels of vanilla and caramel, and the key was having low levels of astringency that follows.”

For more insights on the two other component whiskeys that make up Little Book Chapter 4—an 8 year old “high-rye” straight rye, and a 4 year old bourbon made with brown rice—as well as the advantages of having Beam Suntory chief blender Shinji Fukuyo on speed dial, check out the full interview on Whisky Advocate’s IGTV channel and follow Whisky Advocate on Instagram to join our #TasteWithSpace live interviews every Friday at 3 p.m. Eastern. Tune in this Friday, Oct. 2, when Bradford Lawrence, rye whiskey specialist at Beam Suntory, joins senior whisky specialist and digital editor Susannah Skiver Barton to talk about the history of Old Overholt and how the brand is renewing its roots through a partnership with its western Pennsylvania birthplace.