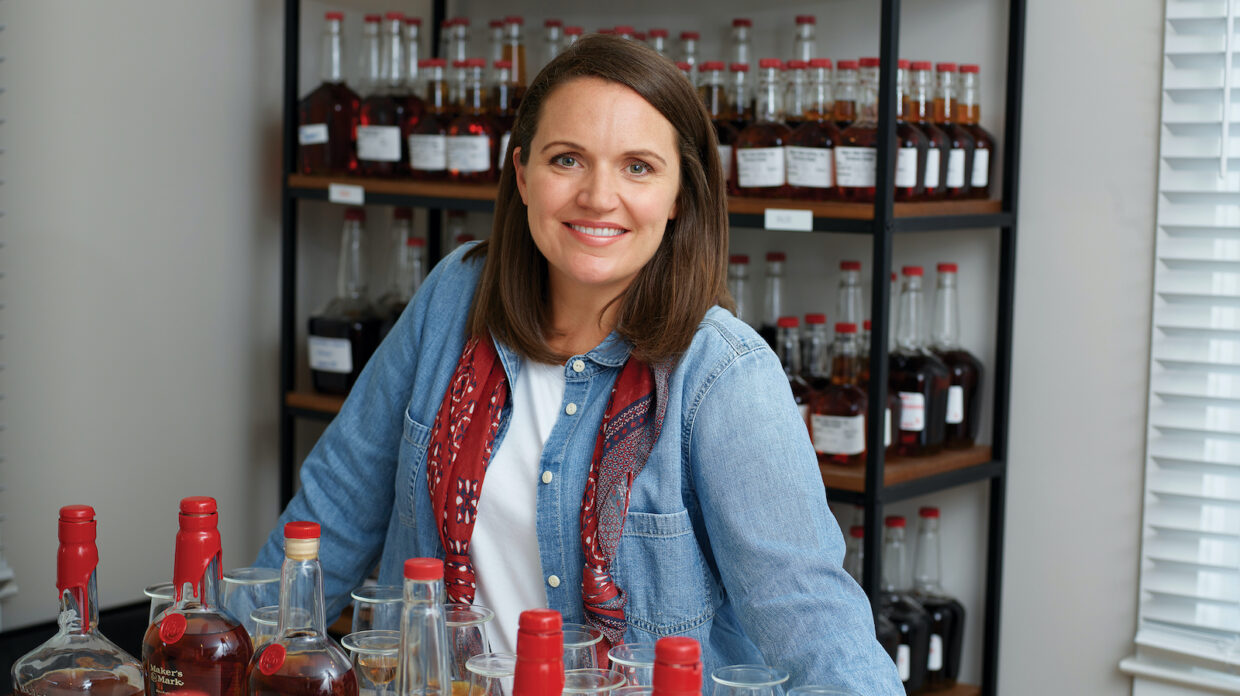 For Jane Bowie, the opportunity to innovate at her job isn’t just a perk; it’s part of her title. “Indifference is not great. I would rather us make whiskeys that maybe you love, maybe you hate them, but the whiskeys have a point of view and people feel passionately about it, one way or another,” said Bowie, director of innovation at Maker’s Mark, during Whisky Advocate’s Instagram Live series #TasteWithSpace on Aug. 21. “I think it’s better to invoke a strong opinion than ‘It’s fine.’”

Bowie joined #TasteWithSpace to discuss Maker’s Mark 2020 Limited Edition bourbon ahead of its September release. “This one was an interesting one,” Bowie said of the annual release. “We had the taste vision set long before we ever started working on the whiskey.” This “taste vision” is what the team at Maker’s Mark—which includes Bowie, master distiller Denny Potter, and others—always starts with when making a new whiskey, which gives them a flavor profile to target. Once the vision is set, it’s a trial-and-error process of finishing and blending until they get there.

THE YEAR OF THE STAVE

The 2020 Limited Edition SE4 x PR5 is “totally opposite taste vision and inspiration versus last year,” Bowie said. “We choose an inspiration of one of our processes as kind of a north star for these limited releases, and so the idea is we want to create an expression of Maker’s that’s truly new, and celebrates some of the choices that [Maker’s Mark creators] Bill and Margie [Samuels] made back in the ’50s. So last year was inspired by our proprietary yeast that we still propagate on-site.”

This year’s limited release shifted focus from the yeast to the staves, Bowie said. “My whole world is maturation; it’s the thing I’m most proud of.” She added that Maker’s Mark seasons and air-dries all of its wood outside for a year prior to coopering. The breakdown of different oak compounds during the drying process creates the vanilla and caramel flavors in bourbon—which was the taste vision for this year’s limited release. During the conversation, Bowie led a tasting of the new whiskey, which hits shelves next month for $60.

In addition to discussing the 2020 limited edition, Bowie also chatted about another new release: Maker’s 46 Cask Strength, which commemorates the tenth anniversary of Maker’s 46 bourbon and is a nod to that whiskey’s progenitor, Bill Samuels, Jr., who turns 80 this year. At the end of the interview, Bowie also answered audience questions.

Check out the full interview with Bowie on Whisky Advocate’s IGTV channel and follow Whisky Advocate on Instagram to join our #TasteWithSpace live interviews every Friday at 3 p.m. Eastern. Tune in this Friday, Aug. 28, as executive editor Jeffery Lindenmuth talks with Old Forester master taster Jackie Zykan about the 2020 edition of Birthday Bourbon.