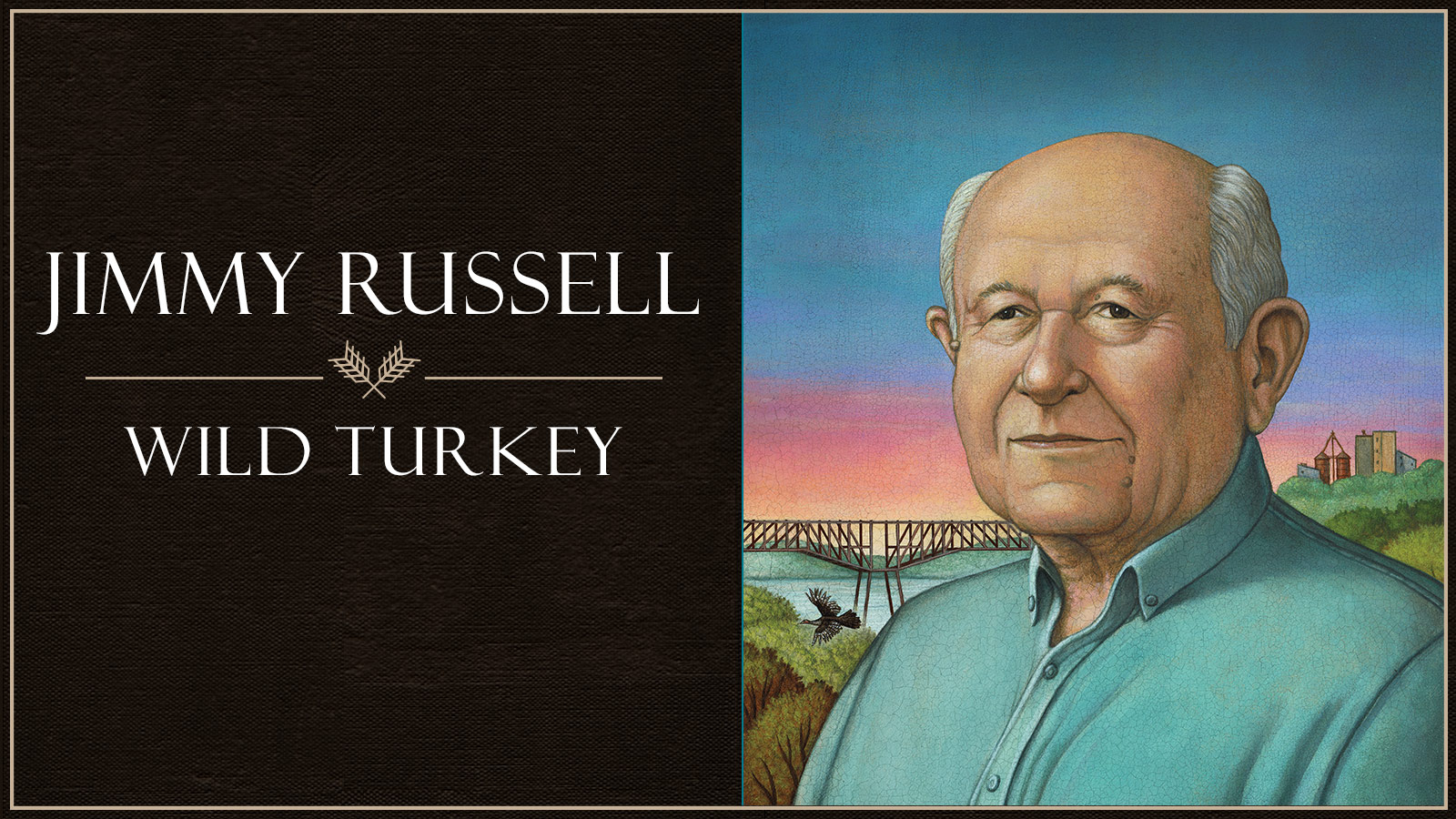 Nicknamed the “Buddha of Bourbon,” Jimmy Russell’s presence has defined not only Wild Turkey, but also the best of bourbon culture for more than 60 years. His warm spirit, love for people, and passion for whiskey far surpass anything a slick marketer could hope to create. Russell is the only individual to attend every single WhiskyFest, no small feat, where he routinely sneaks off to have a beer with attendees.

His body of work includes Tradition, Tribute, Wild Turkey 17 year old for Japan, Rare Breed, American Spirit, Kentucky Spirit, and Russell’s Reserve, some of which he created with his son, Eddie. Ever the innovator, Russell even started the flavored whiskey trend—when in 1976 he released Wild Turkey Liqueur with honey.

Despite this, Russell’s legacy is in the bourbon, as its voice both in the tough times, when bean counters made bad decisions, and in the good days, such as when Campari invested $50-million in a new distillery. Through it all, Jimmy Russell has always been the same smiling person eager to share a dram and good story.

Some fans have named their children after Russell and he once trended on social media for giving people “the bird,” but Jimmy Russell would just as soon you pay tribute by pouring yourself a whiskey with friends.