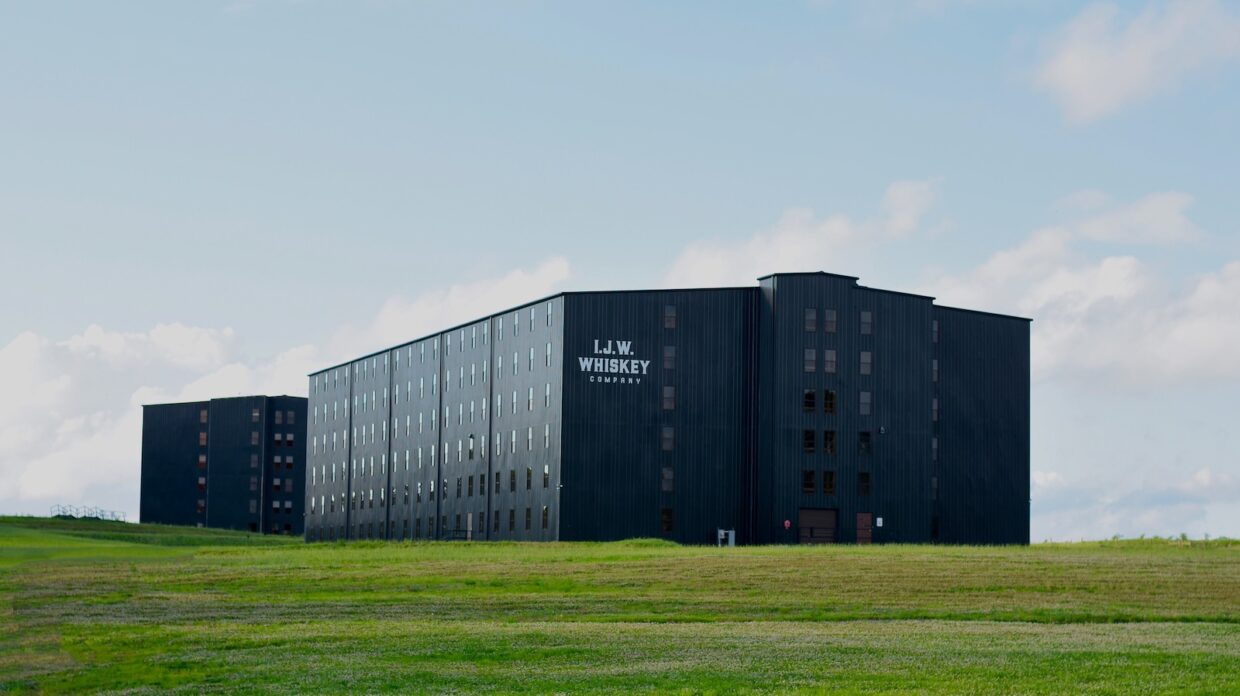 IJW has been quietly laying down barrels of bourbon and other whiskey for the last few years without disclosing any of its plans. Now with over 100,000 barrels in its Danville, Kentucky warehouses, the company is finally opening up.

When new distilleries launch, there’s plenty of fanfare and celebration. After all, it means more whisky is on the way, giving whisky lovers something to anticipate and allowing the distillery to spread the word far in advance of its first releases. But one Kentucky producer has taken the opposite approach, quietly laying down tens of thousands of barrels of bourbon, rye, and wheat whiskey without so much as a peep beyond the required public paperwork—and without its own distillery.

The company, IJW, has popped up occasionally in news reports about its Danville, Kentucky warehouse construction, its Louisville property acquisition, and its possible affiliation with the University of Michigan; Whisky Advocate contributor Chuck Cowdery has also written a bit about the few known facts. But until now, no one from this mysterious company—which keeps its ownership a secret—has spoken out publicly.

Now IJW is ready to pull back the curtain, and Whisky Advocate has the exclusive first look. We spoke with president and principal David “Dukie” Morduchowitz to learn what the company has been up to, how much whiskey it’s maturing, and when we can expect the first bottles. “We’ve flown under the radar by design,” says Morduchowitz, a former lawyer who connected with IJW’s anonymous founder several years ago and oversees the company from Los Angeles. “We were sort of saying, ‘Let’s let our work product, let’s let our infrastructure, our inventory, everything that we’re doing—let all that do the talking. When we’re ready to come up for air, then there’s time to let people know we exist.” 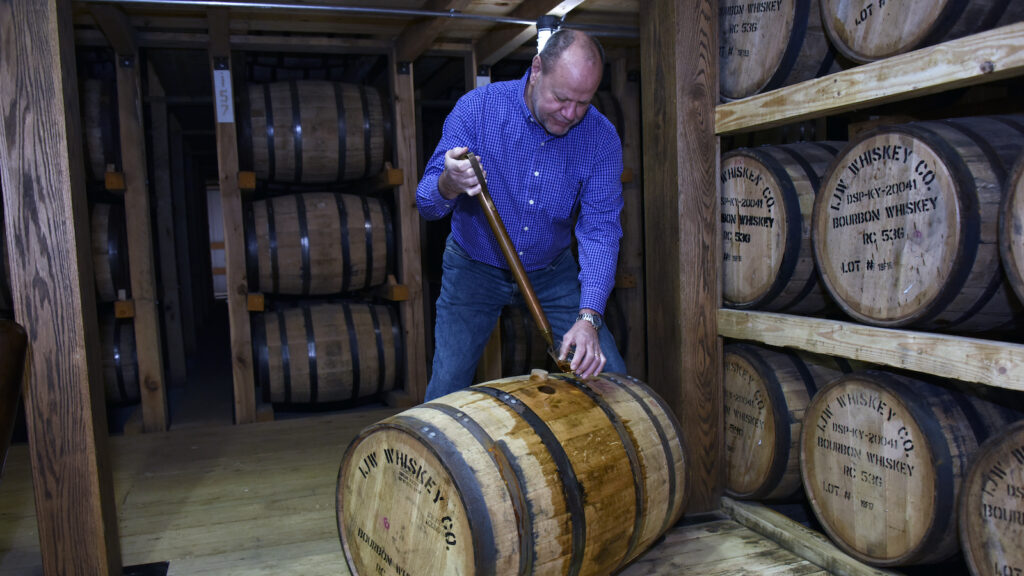 IJW master distiller Kevin Curtis pulls a sample of whiskey from a barrel.

Like many start-up whiskey companies, IJW doesn’t have a distillery of its own; instead, it partners with five Kentucky distilleries to make a wide array of bourbons, ryes, and wheat whiskeys. The production team is headed up by two longtime industry veterans: master distiller Kevin Curtis, whose resume includes stints at Woodford Reserve, Michter’s, and most recently Angel’s Envy, and master blender Steve Hughes, who spent 38 years making whiskey at Brown-Forman, departing when he was global director of whiskey development and innovation. Curtis oversees production at the partner distilleries, managing IJW’s complex array of mashbills, yeasts, and process specifications, while Hughes spearheads the maturation program, sample analysis, and product development. “We dictate every part of the process,” Morduchowitz says, explaining that once barrels are filled at the partner distilleries, they are transferred to IJW’s warehouses to mature.

A Panoply of Whiskeys

IJW began laying down whiskey in 2016 and so far has 100,000 barrels maturing in its four Danville rickhouses. The whiskey within includes bourbon, rye, and wheat whiskeys, but there’s more diversity than just mashbill: Over 40 different variants encompass differences in grain, yeast, fermentation time, barrel type, barrel-entry proof, and other variables. “Every element in the process, we’ve tinkered with,” Morduchowitz says, noting that the production schedule is driven by opportunities to innovate as well as the need to fill gaps. “We’re trying to curate a really diverse library of whiskeys.” 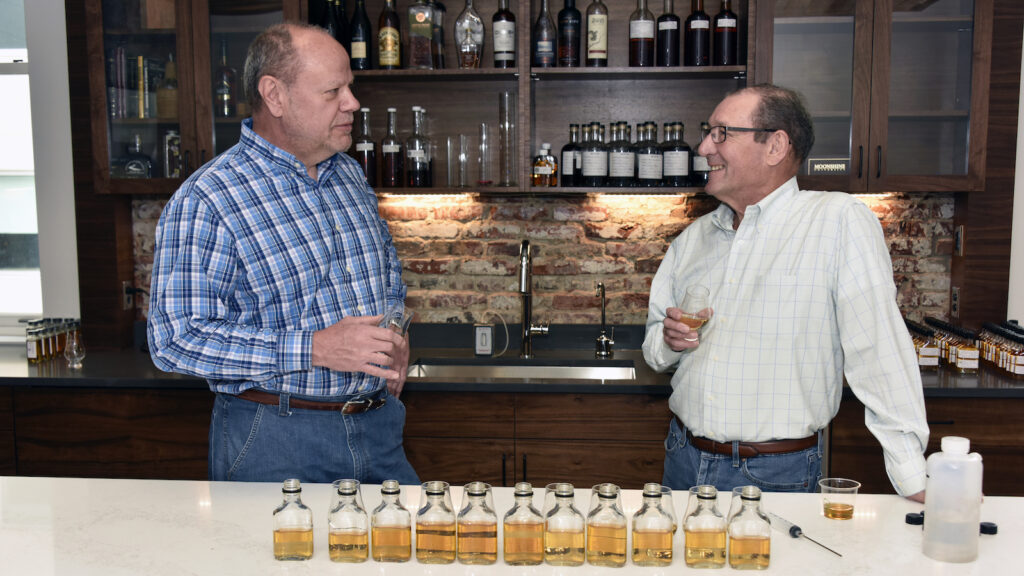 The complex array of options offers Hughes and Curtis plenty of opportunities to play around in production and blending. The two lead a tasting panel to regularly assess both new-make and barrel samples. “It’s our definition of a ‘great problem to have,’” Hughes says. “It’s a little like having lots of kids, all a little different, watching them mature and then finding them good homes!” Curtis adds that the one challenge might be “the overwhelming variety of choice. It’s like sitting down for the first time in a restaurant with a six-page menu, and your server can’t really pick out a favorite food because it’s all fantastic and you’re having FOMO.”

Ultimately, IJW’s goal is to create a lineup of whiskeys that showcase the diversity of flavor in Kentucky bourbon and rye. “As the different whiskeys gain maturity and begin to settle into their own best profiles, I envision putting them into ‘style buckets’ from which we can develop the diversity of offerings,” Hughes explains.

IJW is planning to launch its own bottlings and is creating whiskeys for other brands—including the recently released Puncher’s Chance, which has just revealed IJW as its source—although Morduchowitz declines to reveal details on any upcoming releases, only noting that the first ones are coming this year. That’s why the company is opening up about its process and plans now. “There’s not so much to do until our bourbon matures,” he says. “As our bourbon is hitting that maturity point, now is the time for people to actually know we exist so that we can collaborate and be a full force and help grow the category.” 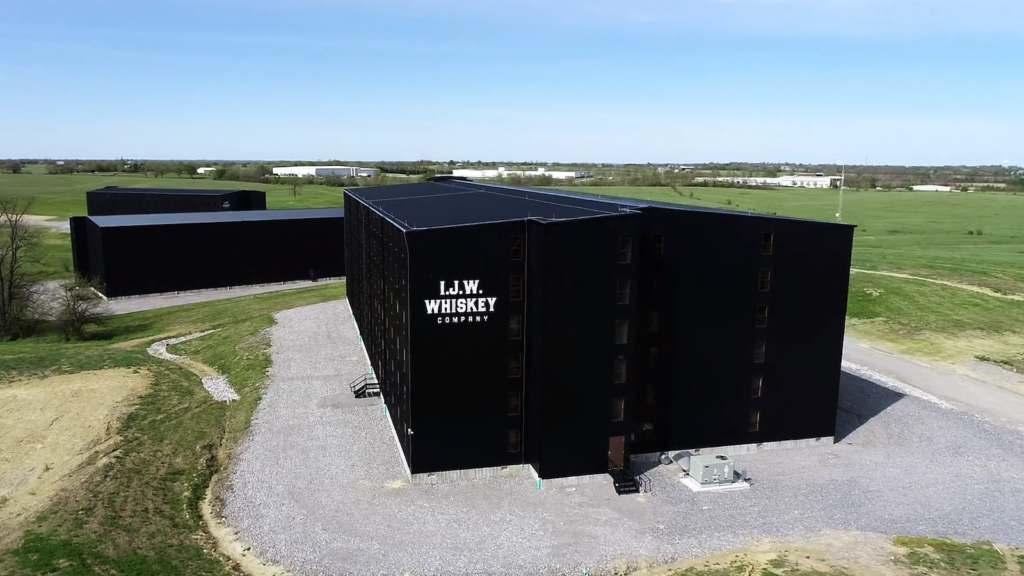 IJW has three rickhouses on its Danville property, and also owns a building on Louisville’s Whiskey Row. President Dukie Morduchowitz says more sites are likely to be announced in the future.

Although IJW has kept its partner distilleries a secret, Morduchowitz says the company will share that information once the whiskeys hit shelves. Keen-eyed observers can glean a few details already, however; check out the DSP (distilled spirits permit) number on certain barrel heads visible in photos and Bardstown Bourbon Co. is confirmed as one partner distillery. Look at IJW’s warehousing location, abutting Wilderness Trail Distillery, and it’s not a far leap to conclude that the Danville distillery is another.

In addition to the Danville warehouses, IJW has a nearby bottling plant and a building on Whiskey Row—West Main Street in downtown Louisville—where its sensory lab and offices are located. Both the Louisville and Danville sites will eventually have public-facing visitor experiences; in Danville, one of the warehouses already boasts a luxurious built-in tasting room, climate-controlled by an HVAC unit designed to look like a column still.

Morduchowitz says there are even more locations to come—though he won’t confirm whether the company plans to build its own distillery. Even as IJW steps into the light, he’s keeping plenty of cards close to the vest. But he promises that this is just the beginning of big things from the company. “We’re looking to appeal to both the bourbon aficionados as well as the newcomers, so that everyone can experience the panoply of what Kentucky bourbon and rye have to offer,” he says. “That’s what everything we’ve done is set up to achieve.”