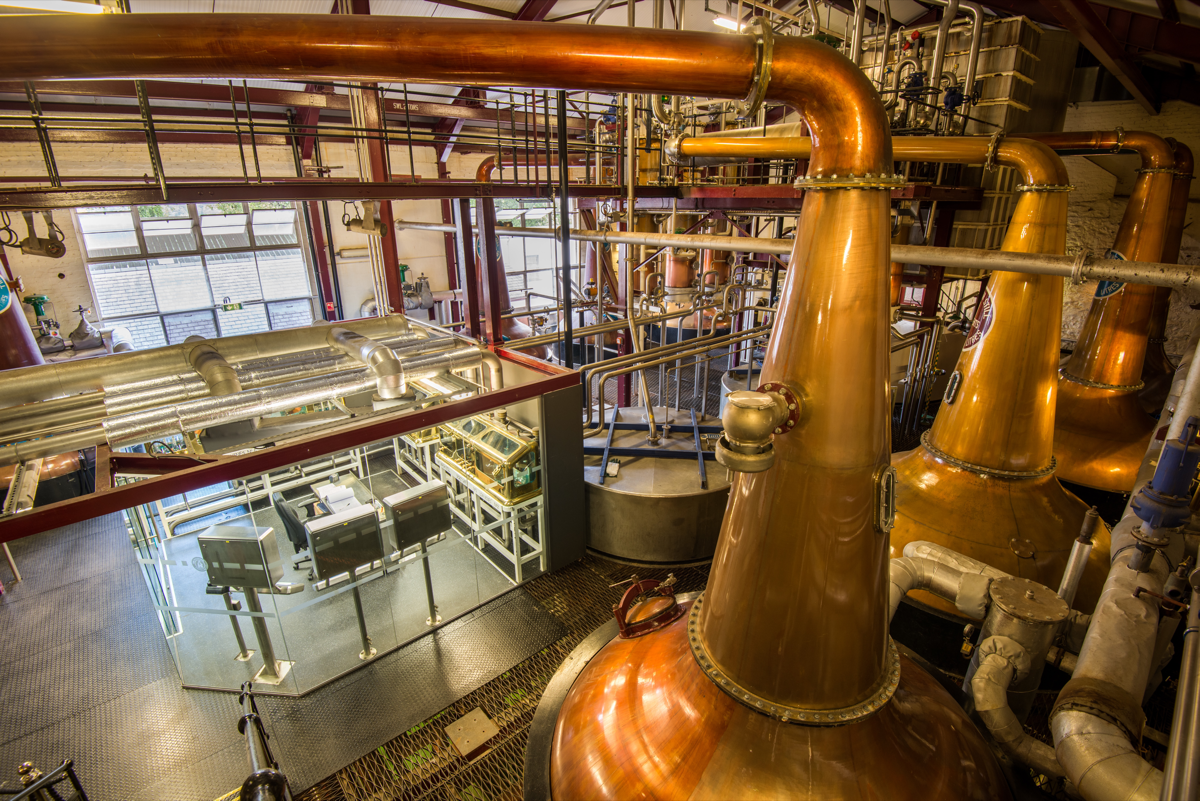 Whisky can be produced in either a column or a pot still. Column stills use continuous distillation to separate alcohol from other compounds, while pot stills require batch distillation: separating and concentrating the alcohol with each run through the still. In most cases, two pot distillations are all that’s needed, but sometimes, distillers opt for a third.

Triple-distillation is not the domain of any single country. While it’s strongly associated with Irish whiskey, several distilleries in Scotland, as well as producers in the U.S., England, Sweden, and Australia, triple-distill too.

Any grain, from malted barley to rye to mixed mashbills (like those used for bourbon), can be triple-distilled. And, of course, by combining two or more styles together, such as single malt and grain whiskey, a triple-distilled blend can be produced.

It’s all in the name. Triple-distilled whisky must be distilled three times, usually in copper pot stills. It’s a more expensive process than double-distillation or continuous distillation. The same regulations on whisky-making apply, although they vary from country to country. Scotch, Irish whiskey, and bourbon can all be triple-distilled.

Learn the Basics of How Whisky Is Made

Triple distillation helps to concentrate not only the alcohol, but also lighter, more fruity flavors: heavier, more water-soluble compounds are left behind at every stage. The fermented wash or mash is heated in the first still, which separates the alcohol to a strength of roughly 20%. The second still concentrates the strength of the alcohol further; the decision to separate the collected liquid into the heads (also called foreshots), heart, and tails (aka feints) is optional at this stage. The final distillation in the third still is cut into the heads, heart, and tails; the spirit in the heart may be nearly 80% ABV, but the size of the cut and the composition of the foreshots and feints determines what type of associated flavors are captured.

Whenever the heads and tails are separated, they are usually recycled into the next distillation in the same or preceding still. It’s not even strictly necessary to have a third still, because the second still can be reused for the third run. By varying the cut points and altering the amount and influence of the recycled heads and tails, the distiller is able to develop a range of different flavors in the final spirit.

Triple-distilled whisky isn’t usually any stronger than other whiskies. Although it comes off the third still at a higher strength than it would after just two distillations, the distiller reduces that strength before the liquid is filled into casks—so it ends up maturing and being bottled in the same proof range as other whiskies. 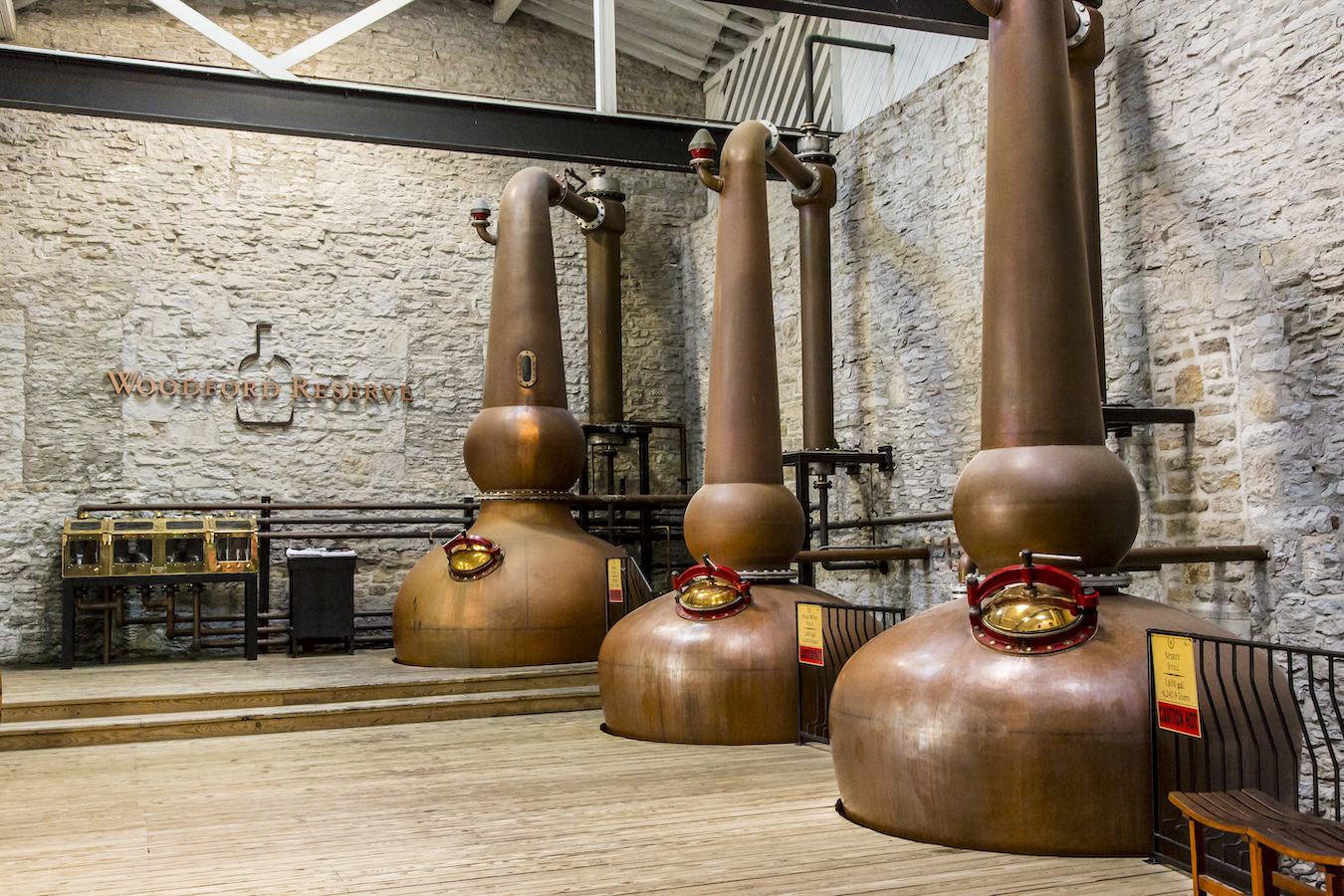 Woodford Reserve is one of the few American whiskey makers to triple-distill.

Triple-distillation creates whiskies that are often described as smooth. By refining the spirit over three distillations rather than two, the distiller concentrates a particular fraction of aromatic and flavorful compounds, which results in a smoother taste and a subdued finish. This adds to the impression of elegance, although it can come at the expense of greater flavor diversity.

Irish whiskey has a long history of triple-distilling. Blends like Jameson, Midleton, and Tullamore D.E.W., single pot still whiskeys such as Redbreast, Powers, Green Spot, and Dublin-distilled Teeling, and single malts including Bushmills and Dingle are all triple-distilled.

Scotland also makes triple-distilled single malt whiskies; examples include Auchentoshan, Rosebank (both the historic brand and the upcoming revival), and Hazelburn from Springbank, while BenRiach and Benromach have added triple-distilled whiskies to their range of double-distilled offerings.

American distillers have experimented with triple-distillation in recent years, including Andalusia Whiskey Co. and ASW Distillery. In Kentucky, Woodford Reserve has been triple-distilling bourbon, rye, and other whiskeys since the 1990s.

Triple-distilling may add an additional step to the process, but for these distillers, the result is worth it. 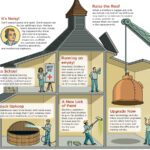 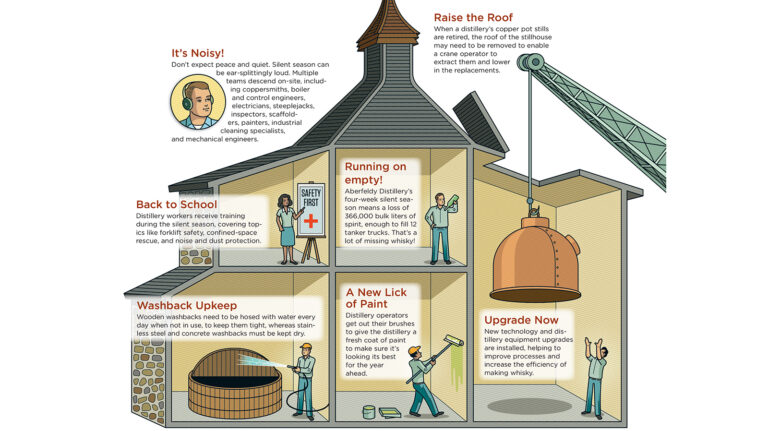 Distilleries schedule a certain amount of time each year to clean and upgrade their equipment, using this period to improve operations.