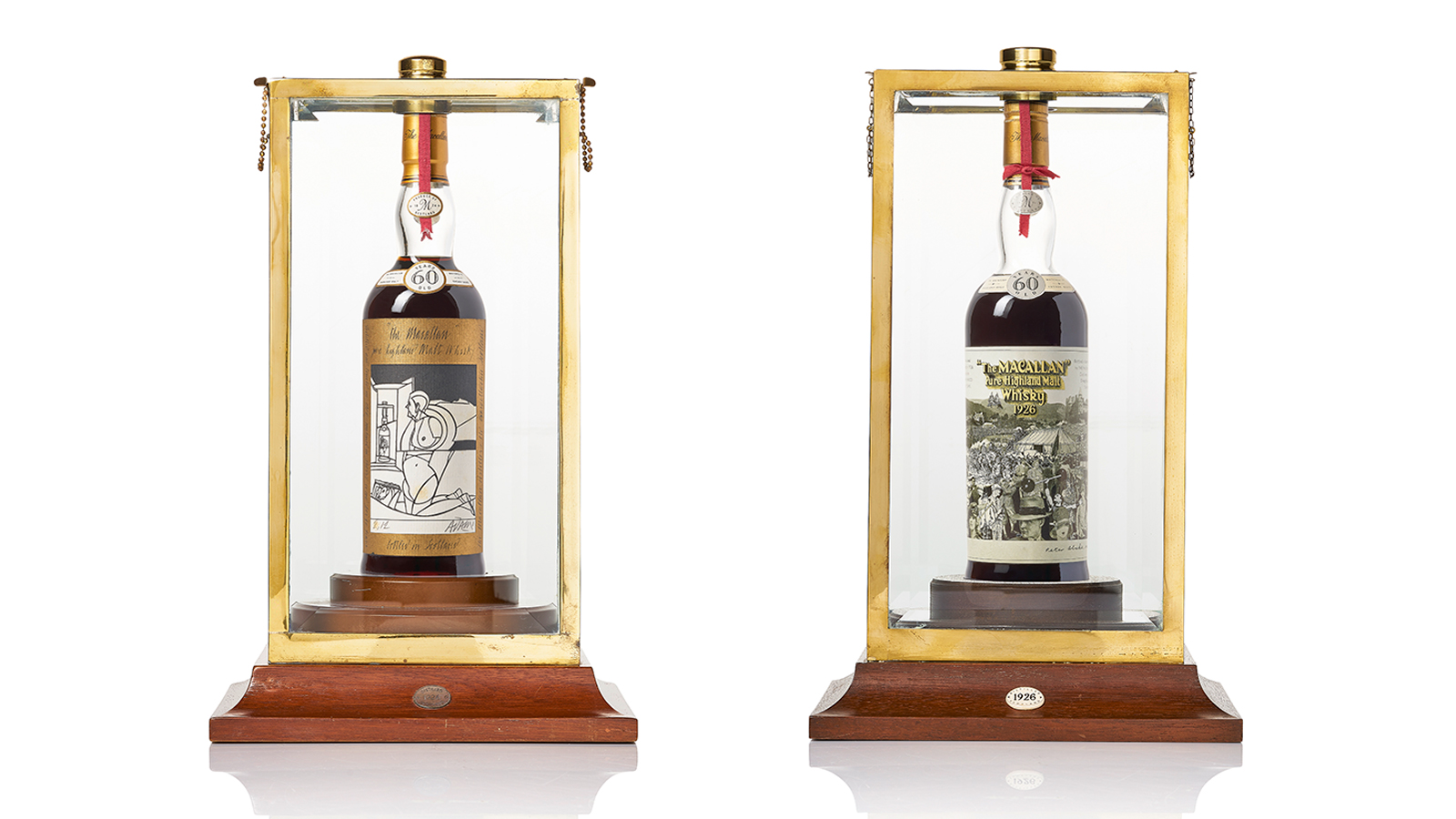 With a bid of HK$8,636,250 (approx. $1.1 million), Macallan has retaken the title of the world’s most expensive standard sized bottle of whisky sold at auction. The bottle of Macallan Valerio Adami 1926 60 year old was sold at Bonhams, Hong Kong on May 18th, 2018 shattering the existing record set by Yamazaki 50 year old in January. The bidder, with paddle number 666, set a new record hammer price of HK$7.05million (Bonhams adds a 22.5% buyer’s premium) considerably higher than the HK$3.6–4.5 million estimate. This is a staggering 371% higher than the previous record set at Sotheby’s, Hong Kong, which stood for 111 days. Japanese whiskies from Yamazaki and Karuizawa have held this record since 2015, with previous Scotch whisky record holders coming from Dalmore, Glenfiddich, and Bowmore. It’s been a long time coming for Macallan: a bottle of Macallan 1926 60 year old last held this record in 2001 when a bidder paid $21,874 in Glasgow.

In this sale, Bonhams sold the three most expensive standard-sized bottles of whisky ever auctioned. The Yamazaki record was broken earlier in the sale by a bid of HK$6.5million ($1.01 million) for lot 381, the Macallan Peter Blake 1926 60 year old, but this only briefly held the record until Lot 608, the Macallan Valerio Adami 1926 60 year old, went under the hammer. The record for the most expensive bottle of Japanese whisky went back to Karuizawa from Yamazaki for the Karuizawa 1960 52 year old The Dragon, the oldest bottling of Karuizawa in the world, which took a hammer price of HK$2 million (approx. $254,800).

Bonhams believes that neither of these Macallan bottles has been seen in public for 30 years. Only 12 bottles of each were created, and they were given, rather than sold, to Macallan’s most important clients. Both are hand signed by the artist and on the reverse by Allan Shiach, then chairman of Macallan. Valerio Adami was born in Italy in 1935 and, like Blake, was part of the Pop Art movement. His stylized geometric label shows a nude drawn in black line gazing at their own image on the whisky’s label, surrounded by a thick gold-bronze border—a label within a label. Peter Blake is most famous for working with The Beatles to create the iconic cover of Sgt. Pepper’s Lonely Heart Club Band in 1967. Blake’s label on the Macallan 1926 60 year old is a composite image depicting Henry Ford, Clara Bow, Rudolph Valentino, Bobby Jones, and Bob Richards, among others.

Macallan has been enjoying a phenomenal run at auction in recent years, and these new records at Bonhams could mark the beginning of new era for aged Scotch whisky at auction and abatement in the dominance of Japanese whisky in the sale room.