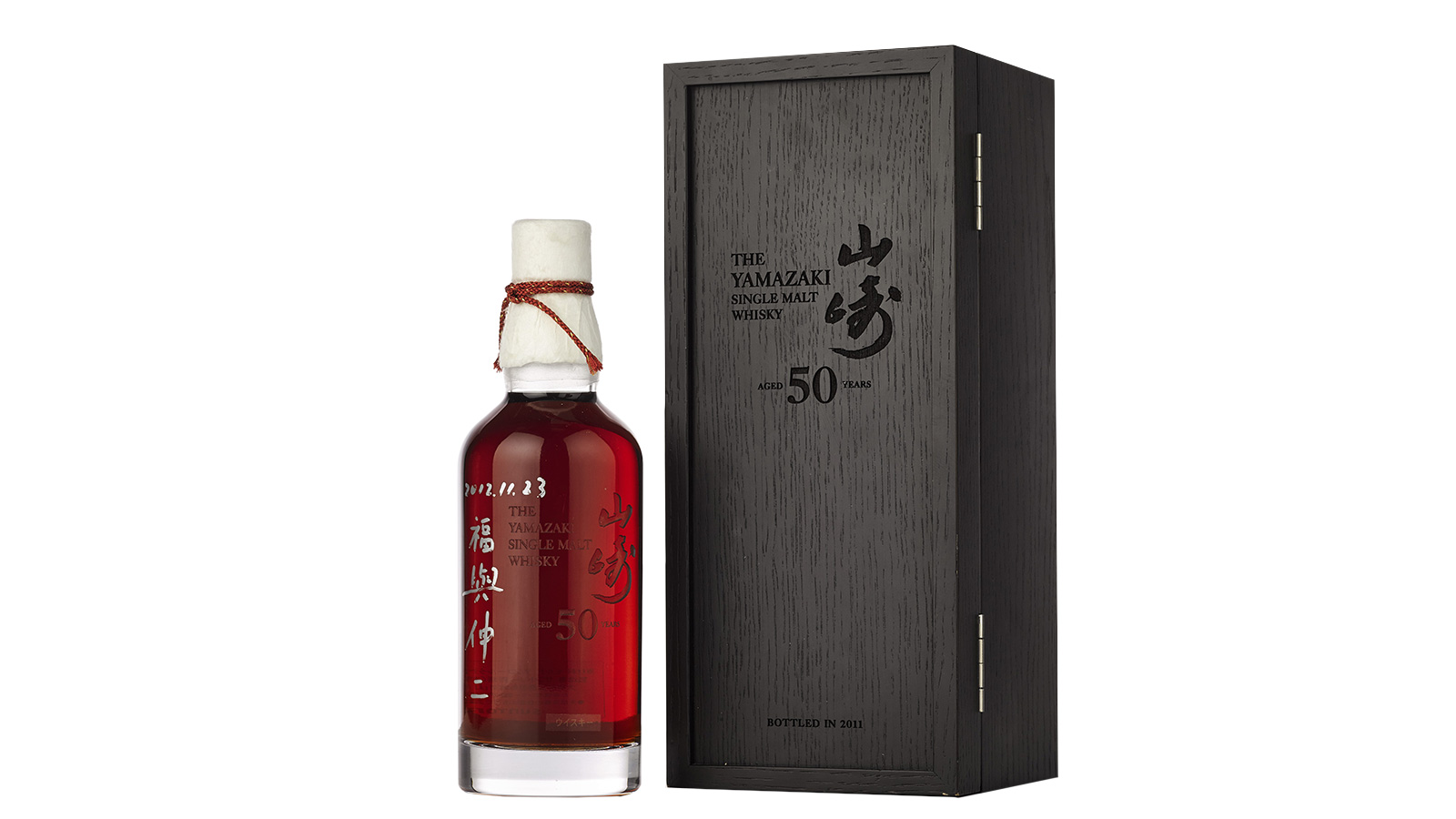 The record-breaking bottle of Yamazaki 50 year old is one of just 150 bottles released in 2011. (Courtesy of Sotheby’s)

A buyer at Sotheby’s, Hong Kong paid HK$2,337,000 (approx. $370,000) on January 27th, 2018 for a bottle of Japanese whisky—and the triumph of purchasing the world’s most expensive standard sized bottle of whisky at auction. The record-breaking bottle of Yamazaki 50 year old, one of just 150 bottles released in 2011, was further distinguished by being signed by Suntory’s master blender, Shinji Fukuyo. Japanese whisky first took this auction record away from scotch in 2015 and has never looked back. The hammer price of HK$1.9million (Sotheby’s add a 23% buyer’s premium) is a staggering 73% higher than the previous record-breaking bottle, the Karuizawa 1960 52 year old “The Wanderer,” which sold for HK$1.1million in April 2017.

Yamazaki and Karuizawa have been trading this particular auction record for several years: Yamazaki first took the honor in October 2016, when a rare bottle of Yamazaki 50 year old 1st Release sold for HK$850,000 ($135,000). That record lasted 183 days, before Karuizawa ousted it from the top spot. It has taken Yamazaki 301 days to regain the position. How long will it be until Karuizawa—or another Japanese whisky—fetches an even higher bid?

Although this is the first bottle of Yamazaki 50 year old to be handled by Sotheby’s, this particular expression has experienced a meteoric rise to the top on the auction block. Check the table below for the climbing figures the Yamazaki 50 year old has fetched in recent years.