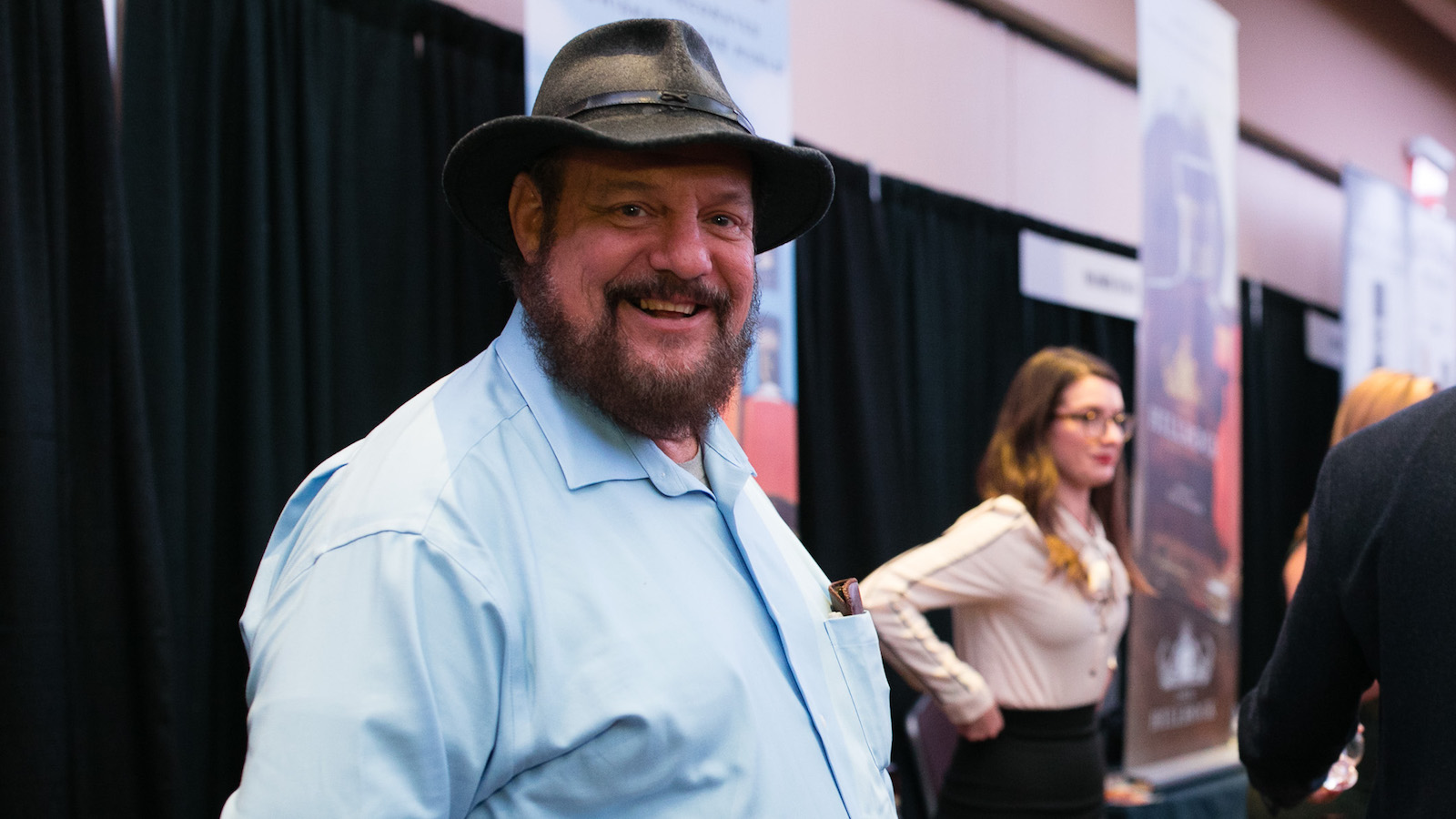 Dave Pickerell (pictured at WhiskyFest New York in 2017) was a larger-than-life presence in American whiskey.

Dave Pickerell, former Maker’s Mark master distiller and the creative force behind such whiskey brands as WhistlePig, Metallica’s Blackened, and Hillrock Estate, passed away on November 1, 2018 in San Francisco. He was 62.

With his signature wide-brimmed hat, huge smile, and warm embraces, Pickerell was both a beloved and a legendary figure in American whiskey. A 1978 graduate of the United States Military Academy at West Point, where he played football, he later went on to earn a master’s degree in chemical engineering from the University of Louisville. That expertise led him to a position at Maker’s Mark starting in 1994; for the next 14 years, he oversaw the creation of the Kentucky bourbon just as American whiskey was slowly emerging from a period of low demand.

Pickerell anticipated the boom in American craft whiskey ahead of many of his peers. After departing Maker’s in 2008, he began working as a consultant to numerous small distilleries, helping them with equipment and set-up, processes, and product development. “Tom Bulleit [creator of Bulleit bourbon] says that I’ve built more stills than anybody in history,” Pickerell told Whisky Advocate in 2017. “I don’t know if that’s true or not, but it could be.”

Among the dozens of distilleries Pickerell worked with over the years, many have risen to become well-regarded producers whose whiskeys are highly sought-after, such as WhistlePig, Woodinville, Hillrock Estate, J. Rieger, and Belle Meade, produced at Nelson’s Green Brier. His most recent high-profile project was partnering with Metallica to create Blackened, a blend of American whiskeys finished in brandy barrels with a “sonic enhancement” process using the band’s songs.

Despite his larger-than-life personality and celebrated accomplishments, Pickerell’s influence was just as often behind the scenes. Although it was not widely known, he often worked with small distillers pro-bono. “If I find somebody that I believe in, I want to help,” he said. “My mission in life is for the people I work with to make sick money.”

Pickerell had three rules when choosing to work with potential partners. “Rule one is no jerks,” he said. “Rule two is have a good business plan—good sound, firm principles, not over-reaching how many cases you want to get to in a year. Good head on your shoulders. And the third is be a learner. And it doesn’t mean you have to do everything I say. It does mean you need to process it and listen to it. And for instance I say it’s my job to tell you where the potholes are. You may decide for business purposes you want to get down in one of those potholes. But at least let me go and smooth it out first so you don’t break your ankle.”

A teacher, mentor, and friend to many, Pickerell’s influence on American whiskey cannot be measured. His modesty, however, persisted in spite of his many remarkable accomplishments. He once told me about how, when growing up, he lived in a rough place, but had an adult friend who “fed him” poetry. “One of the poems was entitled ‘The Indispensable Man,’” he said. “While I can’t remember the exact wording, the general gist of it is, if you ever get a big head and you think that you’re indispensable and can’t be done away with, go get a bucket of water, set it between your legs. You can splash all you want in there. You can make the biggest mess you want, but stick your hand in there and you stay in as long as you want, and when you’re ready, you pull your hand out. Then you measure the size of the hole that’s left. That’s the measure of how much you’ll be missed when you’re gone.”

For those who knew him, the loss of Pickerell defies that sentiment. His absence and his legacy will remain apparent to whiskey lovers and whiskey makers everywhere. There will be never be another Dave Pickerell.