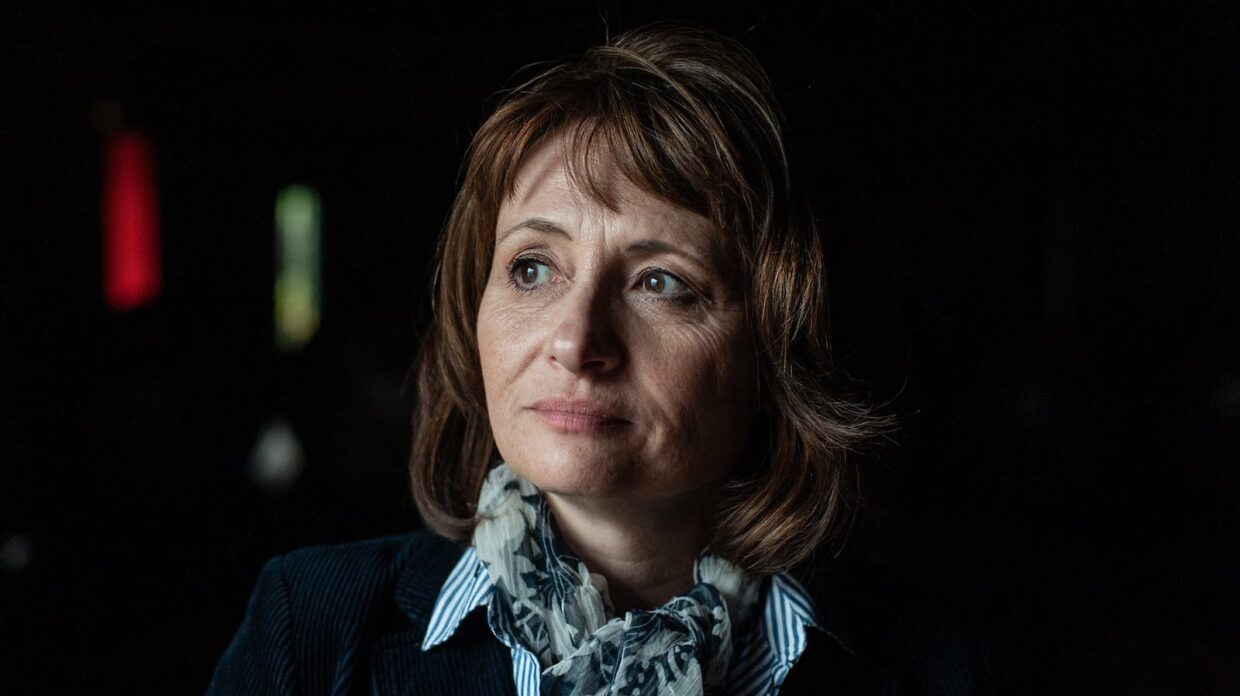 Returning to #TasteWithSpace on Jan. 15, Rachel Barrie focused on Benriach this time, explaining the new lineup and her creative process.

When Benriach announced a major relaunch last fall, scotch lovers eagerly anticipated the new releases. The Speyside distillery’s previous offerings were numerous, making it a challenge to know where to begin and limiting the availability of specific expressions. The new lineup of four single malts, each with a different cask maturation profile, showcases for a wider audience Benriach’s broad capabilities and diverse spirit styles; the distillery makes both peated and unpeated whisky, as well as triple-distilled whisky.

“[The goal of the new range] was to open the doors of Benriach for the world,” said master blender Rachel Barrie, who joined Whisky Advocate’s #TasteWithSpace Instagram Live series on Jan. 15. “I wanted to create whiskies that were exciting, interesting, would dance on your tongue, give you a journey of flavor, a world of flavor, surprise and delight, and that people would want to come back to and that they’d be able to come back to.”

While all of Benriach’s new whiskies have been well received, the standout is Benriach The Smoky Twelve, which was named No. 3 in Whisky Advocate’s 2020 Top 20. Lauded for its seamless flavors and accessible $65 price, the whisky uses local Speyside peat, which has distinct differences from the more recognizable iodine peat of Islay. “The peat forms from the local vegetation in that geography,” Barrie explained. “In Speyside, which is the heart of the Caledonian forest, pine woodlands and heather, all this vegetation over time has formed the peat. Because it’s from trees, it’s a lot sweeter: So we get vanilla; it’s a sweet mellow peat, whereas Islay peat is a little bit more like the bog, bog myrtle, a little bit more seaweedy. I’ve heard it described like ‘seagull’s armpit.’”

Although the majority of scotch distillers used peated malt until the 1970s, many—especially in Speyside—switched to smokeless fuels decades ago, but Barrie noted that Benriach has continued making peated spirit for its entire 122-year history. In creating the new flavor profiles of The Smoky Twelve and its sibling, The Smoky Ten, she drew on that heritage as well as her own experience as a contemporary whisky maker with access to global flavors.

“It’s exploring flavor,” she said. “It’s about creating something new but that’s rooted in the past. It’s about taking ideas and flavors and tastes from other parts of the world … It’s tasting all this wonderful world of flavors around the world, and bringing that to life along with the characteristic identity of Speyside as well, which really, I think, comes through.”

In addition to The Smoky Twelve, Barrie and Whisky Advocate associate editor Ted Simmons tasted The Smoky Ten and The Original Twelve and Ten, with Barrie explaining the unique triple-cask maturations for each expression. She also shared information about other elements of Benriach’s production process, like its four-water mashes, and explained how blending doesn’t focus just on flavor, but on texture and mouthfeel as well. “A lot of thought’s gone into it; it’s bespoke; it’s considered,” she said. “It’s marrying, absolutely, casks for texture and also for the whole sensory journey. So it’s thinking about every step of the way like it’s this rhythm of life on your palate, so you get the sweetness, you get the burst [of flavor].” Barrie added that texture comes from a number of elements in the whisky’s production, including the oak of the casks, smoke phenols, and esters from fermentation and distillation. “You want to just balance all of that,” she explained.

Barrie had previously joined #TasteWithSpace to discuss GlenDronach, one of Benriach’s sibling distilleries that’s renowned for its use of sherry casks, and she once again left viewers with a mountain of knowledge that will enrich future tasting experiences. Watch the full interview on IGTV, and follow Whisky Advocate on Instagram to be notified of future #TasteWithSpace sessions. Tune in this Friday at 3 p.m. Eastern as John Glaser, founder and master blender of Compass Box, talks blended scotch, peat, and more.