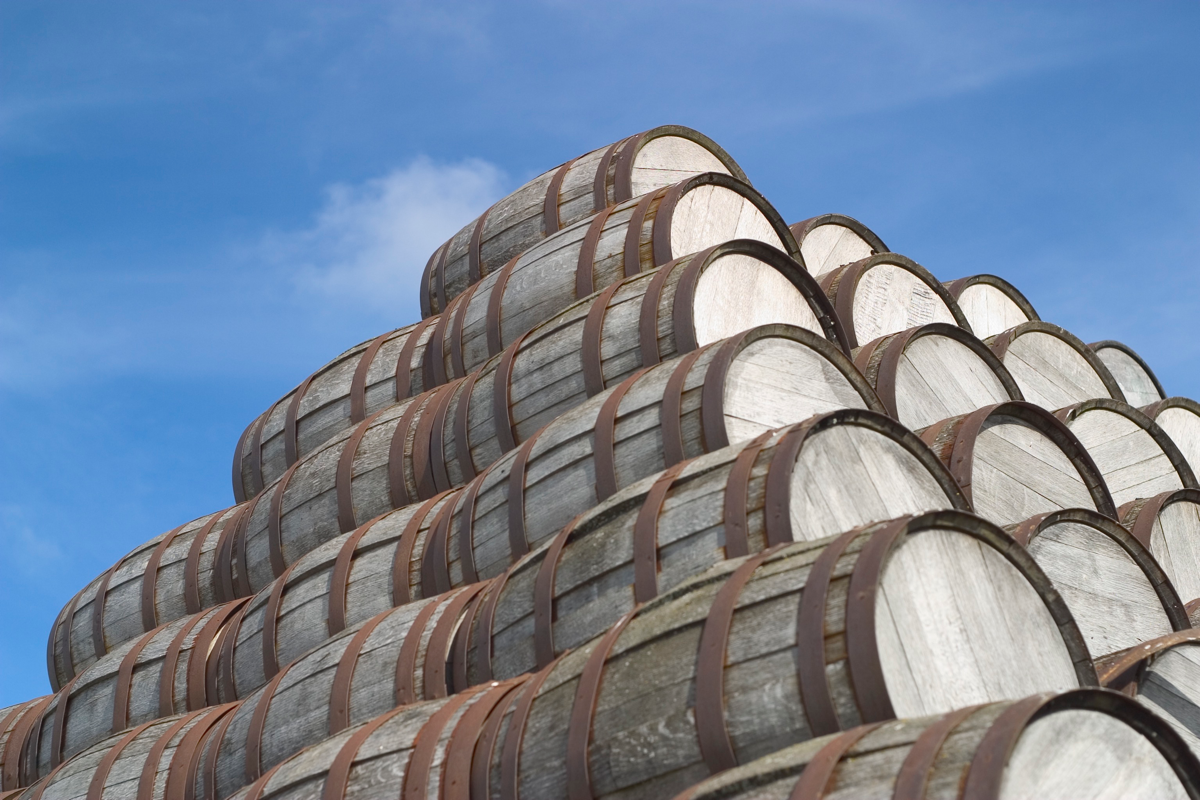 An amendment to the Scotch Whisky Technical File provides clarity on the types of casks distillers can use to age or finish their whisky—a move that will increase maturation options for scotch. (Photo by iStock/tillsonburg)

Are you ready for scotch finished in mezcal casks? That, and a whole spectrum of other new whiskies, could be on the horizon as the UK has amended certain parts of the Scotch Whisky Technical File, which dictates the processes and materials allowed in scotch production. No other whisky style in the world is as tightly regulated as scotch, so a change like this is a notable event.

The new rules deal with the types of casks permitted for maturing scotch whisky, making certain criteria more explicit than before. Previously, there was no specific language about permitted cask types beyond regulations indicating material (oak) and size (no more than 700 liters), as well as a note that “most casks will previously have been used to mature other alcoholic beverages” with bourbon being the most prevalent, followed by sherry.

The amendment reads as follows:

“The spirit must be matured in new oak casks and/or in oak casks which have only been used to mature wine (still or fortified) and/or beer/ale and/or spirits with the exception of:

and where such previous maturation is part of the traditional processes for those wines, beers/ales or spirits.

Regardless of the type of cask used, the resulting product must have the traditional colour, taste and aroma characteristics of Scotch Whisky.”

The Scotch Whisky Association (SWA) monitors the industry and acts as an arbiter of the Technical File; in the past, it has kept tight rein on potential deviations from “traditional” scotch flavor. Distillers who wanted to use casks outside of the usual bourbon and wine/fortified wine casks—such as beer or cognac—often consulted with the SWA to ensure their planned whiskies would be approved. These new clarifications will eliminate the need for many of those questions—notably by specifying which cask types are not allowed—an obvious benefit.

The increased options mean distillers will likely aim to reach new customers by offering novelty through whiskies matured or finished in, say, tequila casks or apple brandy casks. Nevertheless, the SWA will continue to oversee and arbitrate any marketing tactics that it feels might dilute scotch’s identity or invite consumer confusion. Last year, leading scotch producer Diageo was rebuffed from selling a scotch finished in Don Julio tequila casks. Although the reasons for the rejection were never revealed, one potential concern may have been a desire to use the Don Julio name on the whisky’s label—something that’s prohibited under the rules of the Technical File, which states that “Scotch Whisky must not be labelled, packaged, advertised or promoted in any other way that, having regard to the presentation of the product as a whole, creates a likelihood that the public may think that it has been distilled at any distillery or place other than the distillery or place at which it was actually distilled.” So while Don Julio may offer tequila finished in Buchanan’s scotch casks, it’s doubtful that we’ll see a Buchanan’s stating that it’s finished in Don Julio casks.

While opening up exciting possibilities, it’s important to note that these regulations don’t permit wide flavor deviation from traditional scotch, as the Technical File explicitly states that “the resulting product must have the traditional colour, taste and aroma characteristics of Scotch Whisky.” This isn’t a statement about quality, but it does reinforce that all scotch is required to act like scotch, regardless of how it was matured. The amendment rules out casks that held wine, beer, or spirits which used added sweeteners, flavors, or stone fruits, as they would be likely to create flavors that deviate widely from what is considered traditional for scotch.

While Scotland’s whisky makers now have an expanded cask palette to play with, distillers in other parts of the world have been innovating widely in the maturation sphere for years. In the rush to differentiate themselves from increasing competition, American distillers have used casks that previously held cider (Tommyrotter and Virginia Distillery Co.), vermouth (High West), espresso (Mosswood, which also makes a whiskey aged in sour beer barrels, among others) honey (Belle Meade and Spirit Hound), maple syrup (many, many distillers), and even Tabasco hot sauce (George Dickel). And earlier this year, Chapel Gate Whiskey Co. released J.J. Corry The Battalion, a blended Irish whiskey finished in both tequila and mezcal casks. Many world whisky makers, too, are exploring maturation in cask types that fall outside the traditional bourbon and wine sphere.

The door to such innovations—well, some of them—is now wide open to scotch distillers: Let’s see who steps through.