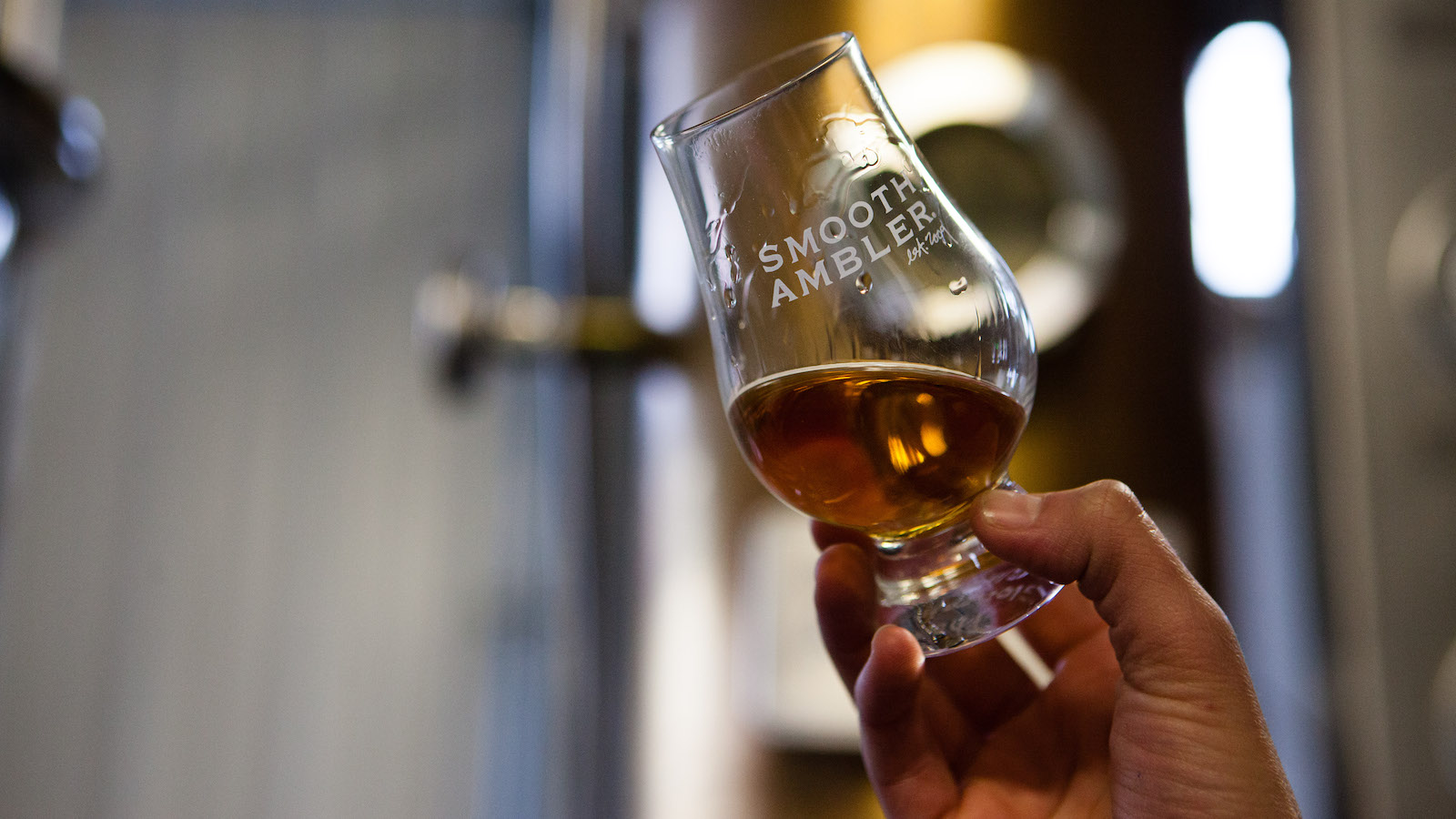 These days, a new whisky comes out practically every day—sometimes a dozen or more a week (all reported each Friday in Whisky Weekend). Store shelves are crowded with more bottles than ever before. New releases make a splash, but when a whisky disappears, it usually happens quietly.

That was the case with Old Scout, a popular whiskey sourced from MGP and bottled by Smooth Ambler. Just a few years ago, the West Virginia distillery was selling every bottle of Old Scout bourbon and rye that it could ship—so much that it ran out of mature whiskey altogether. So since September 2016, Smooth Ambler has bottled only a few barrels of Old Scout bourbon, usually limited to gift shop sales. But now Old Scout’s 99-proof (49.5% ABV) bourbon is coming back for good.

“It was really dumb, what we did,” says Smooth Ambler CEO and master distiller John Little, explaining how the well dried up. The company had bought its first barrels of bourbon and rye for Old Scout in 2011, and continued to buy more as its finances allowed. But Little was cautious about overspending. “I made a really big mistake by not buying 10,000 barrels that we had an opportunity to buy,” he explains. “I couldn’t fathom having all of that debt and I couldn’t fathom having that much whiskey. I just figured it would take us a lifetime to sell, and it made me nervous. It turns out it didn’t take a lifetime. It took about four years.” 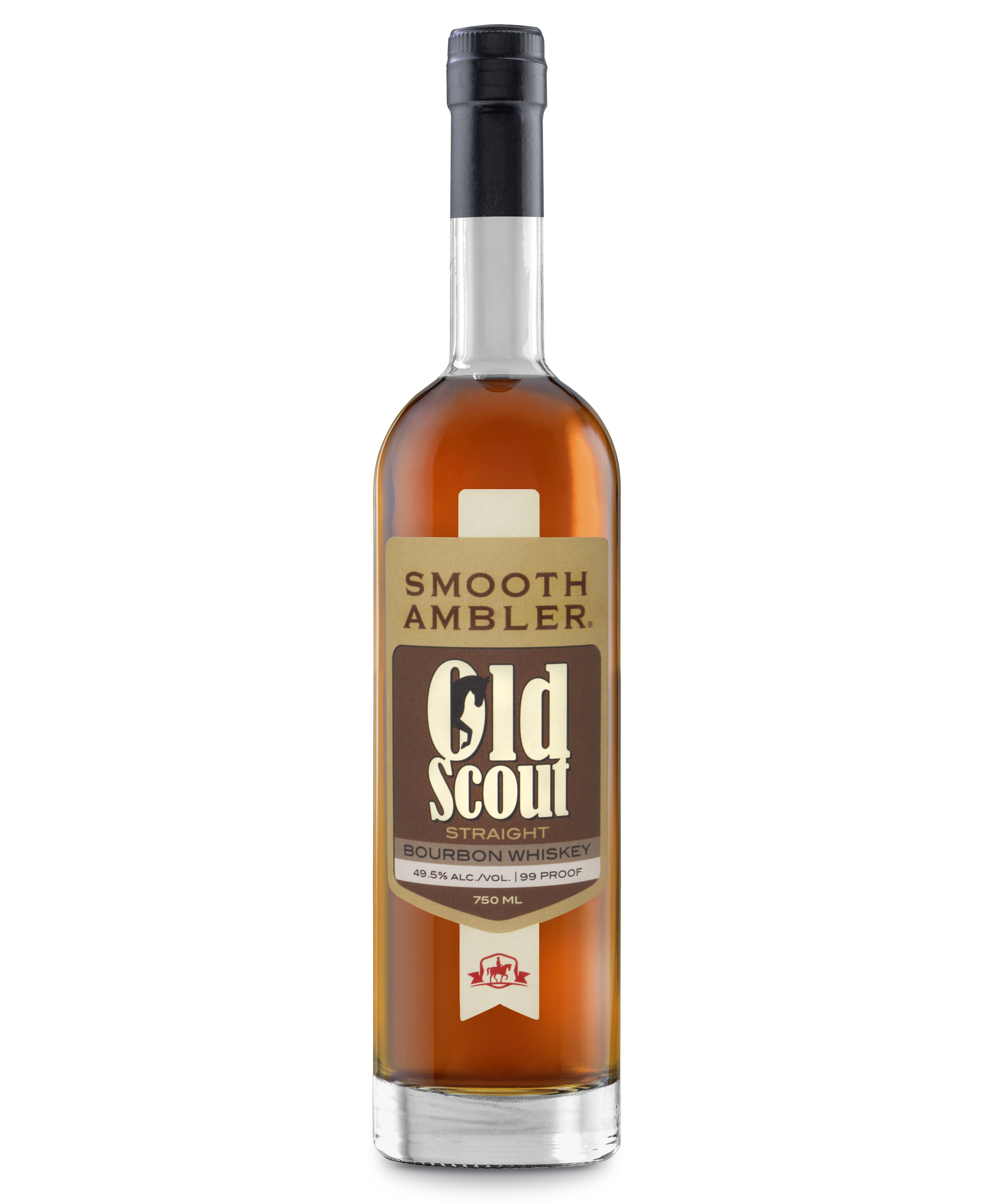 How Old Scout Disappeared—And Came Back

Smooth Ambler opened its doors in 2010, distilling bourbon, gin, and vodka on a small pot still system and laying down the whiskey to age, but like many new distillers, it looked to purchased whiskey for an additional revenue stream. A couple of years in, Little met a whiskey broker who sent him a sample of 5 year old MGP bourbon made from 60% corn, 36% rye, and 4% malted barley. “I cracked it and smelled it in my office and said, ‘This is what we want,’” Little recalls. “And I basically committed to those barrels before I even tasted it. That’s how much I love the nose on this whiskey. That was really what drew us to this product.”

From the start, Old Scout—so named because Little “scouted out” the whiskey, rather than distilling it—was a hit, and Smooth Ambler kept buying as much as it could afford. At the time, there was plenty of mature whiskey being sold by larger distillers, but as bourbon kept growing in popularity, the stocks dwindled. Old Scout was doing great, and although Smooth Ambler was making its own whiskey, Little knew that the sourced line would continue to be an important part of the company. So it began purchasing new-make bourbon from MGP and laying it down into barrels around 2014. Those first fills are going into the bottle now as the new iteration of Old Scout.

After its initial release in 2011, Old Scout’s age crept up over the years; when it was discontinued, the bourbon had a 7 year age statement, but Little says the whiskey often contained liquid up to 10 years old. In its reincarnation, the 49.5% ABV Old Scout bourbon will be 5 years old, the same age as when it debuted; the recommended price of $45 is about $5 more than before. Little is prepared for criticism. “We know we’re going to get, ‘Well, it’s not as good as the last one,’” he acknowledges. “Hell, if it had been seven years old, the same thing, [people would say], ‘It’s not as good as the last one.’ But this really is the first thing that we ever had, and we liked it then and we like it now, and we’re proud to put it out there.”

Looking to the Future

Little says he regrets the fact that Smooth Ambler sold through all of its Old Scout bourbon stock and had to remove the whiskey from the market for the last three years. “That’s one of the things that I’ve learned—how much we probably let our consumers down,” he says. “They come to expect something out of a brand and then the product’s not available anymore”—not to mention that Old Scout’s absence left room for other whiskeys to take its place. “While we’ve been off the shelf, certainly our competitors have eaten our lunch, taken up shelf space.” Smooth Ambler released Old Scout American whiskey, which is made from a bourbon mash and aged in used barrels, in 2016, but it never achieved the popularity of the bourbon and is now being phased out.

Smooth Ambler was acquired by Pernod Ricard just a few months after it discontinued Old Scout bourbon. In the ensuing years, the company has focused on pulling together its disparate expressions—which once included Old Scout rye, Old Scout 10 year old, Very Old Scout, Yearling bourbon, and other whiskeys—into a more cohesive lineup. Going forward, Smooth Ambler will offer three distinct whiskey lines: Old Scout, which will always be sourced; Contradiction, blending sourced and house-made whiskey; and its own house-made products, like Big Level wheated bourbon. And while bourbon is the focus, Little says there will be a Contradiction rye in the next year or so, as well as house-made rye. Fans of Old Scout private-barrel picks will be gratified to hear that Smooth Ambler is offering a couple hundred barrels of the re-released bourbon for whiskey clubs and retailers.

This time around, with planning—and financing—secure, Old Scout’s supply should be stable. Smooth Ambler will release around 60,000 bottles of the bourbon this year, with slow and steady growth over the next couple of years. It’s planning for older releases eventually too, but Little says there’s no reason to wait. “I would love for this to be seven, and if it was seven I would love for it to be ten, because that’s how I continue to want more and more, and I want it to be better and better,” he says. “But the reality of it is, it’s really good whiskey right now, and it’s ready.”