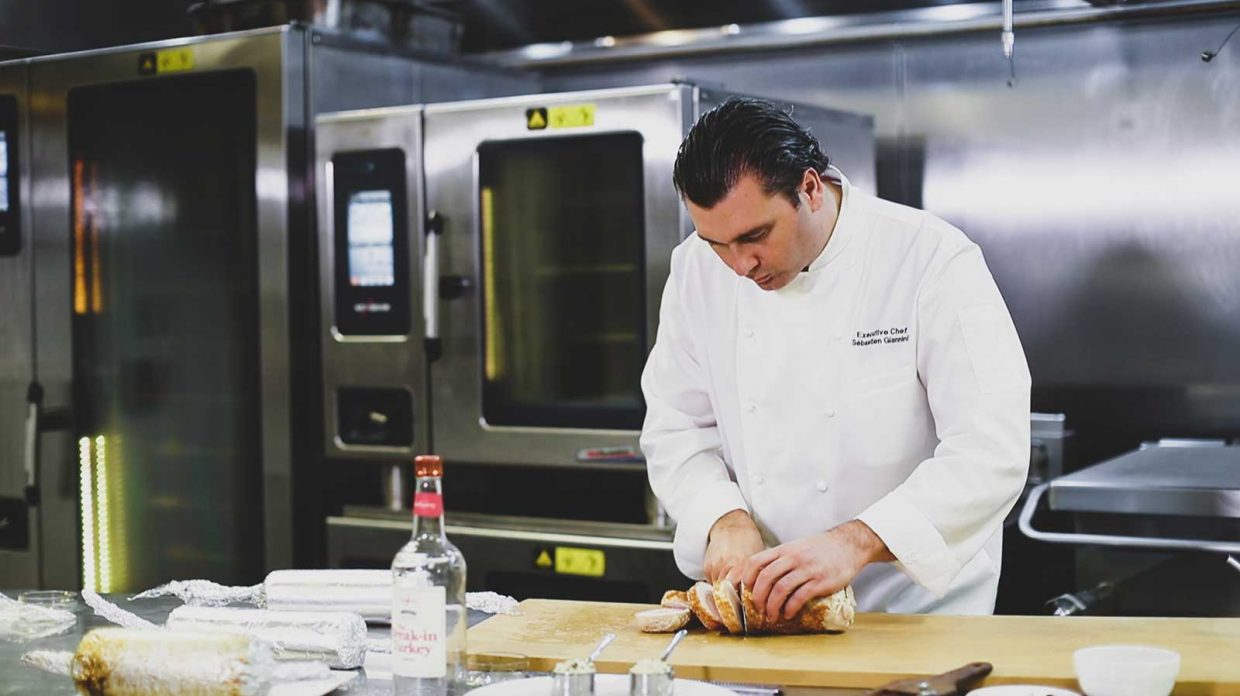 Sébastien Giannini, executive chef at Kingbird restaurant at the Watergate Hotel in Washington, D.C., has pioneered a singular culinary technique—whisky-stuffed turkey roulade, cooked inside a bottle. (Photo by David Preta; courtesy of the Watergate Hotel)

Sébastien Giannini isn’t one to throw away empty whisky bottles. Instead, he’s giving them a second life as an unlikely culinary vessel—cooking turkey inside them.

This Thanksgiving, Giannini, executive chef at the Watergate Hotel’s Kingbird restaurant in Washington, D.C., will serve up a dish dubbed the “Break-In Turkey”— a turkey roulade cooked in an empty whisky bottle. (The moniker is a saucy nod to the political scandal stemming from the 1972 break-in of Democratic Party headquarters that led to President Richard Nixon’s resignation.) The dish’s preparation is understandably complex: Giannini infuses black truffle mousseline with whisky, then stuffs it between deboned cuts of turkey breast and thigh meat before rolling it up and searing the outer layer to an enticing golden brown. He then slides the roulade into an empty whisky bottle—the bottom of which has been carefully sliced off—and steams it for around an hour. Finally, the roulade is presented to guests tableside, slid out of the bottle, and sliced into succulent rounds. The innovative approach, pioneered by French chef Yannick Alléno, earned Giannini the role of Canadian team head coach at the 2015 Bocuse D’Or culinary competition. 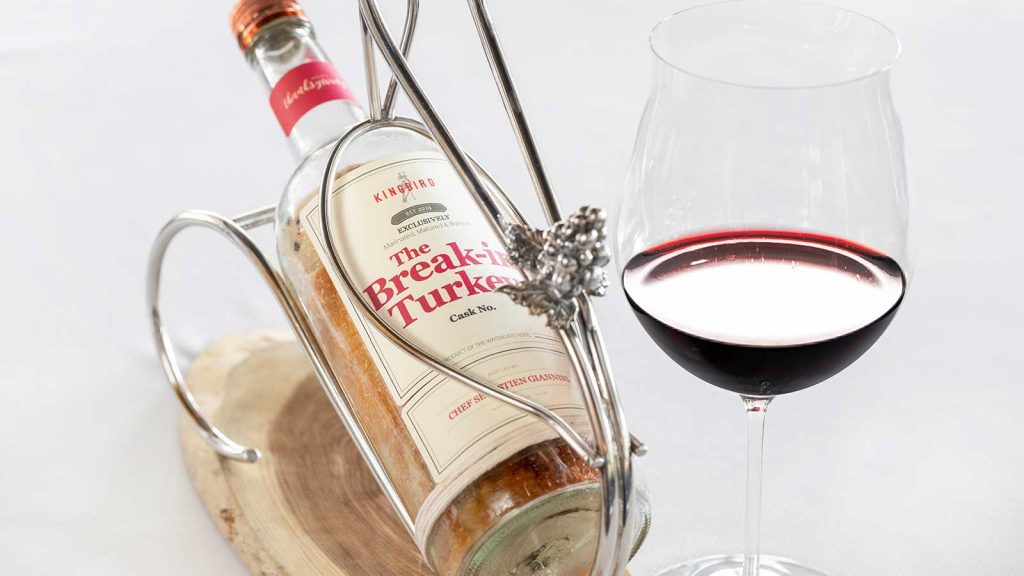 For the whisky, Giannini uses Hibiki Japanese Harmony—a poised, fruity blend with just a touch of smoke—for its lush yet balanced nose and rounded, slightly weighty palate that evoke fall’s festive aromas and flavors. He says the Hibiki coaxes comforting notes of rosemary, anise, candied orange peel, and white chocolate out of the dish, but also balances the pungent, earthy, nutty black truffle, which adds a “kind of milky and oaky” flavor. Giannini was further inspired by the National Cherry Blossom Festival that takes place each spring in honor of the bond between the U.S. and Japan, and wanted to reflect that in Kingbird’s menu by choosing a Japanese whisky.

Don’t Try This at Home

Giannini—who arrived in the U.S. in 2017, taking the helm of the kitchen at the St. Regis in Washington, before becoming executive chef at the Watergate Hotel in December 2018—says his unusual dish is about both flavor and presentation. “We want something unique,” he says. “We want to be sure, when the guests [arrive], that we create an experience.” Cooking the roulade in a bottle gives the chef greater control, resulting in a more evenly cooked dish, one that is “tender, flavorful, and not dry [with a ] concentration of flavor,” as opposed to a standard oven-roasted bird, which can come out juicy in some spots but tough in others. Additionally, there was a practical, environmental impetus to using empty bottles—recycling. Just about any liquor bottle will do, so long as it’s a 750-ml size. Before preparing the dish, empty bottles are cleaned and their original labels removed, then replaced with a custom-designed label resembling that of a whisky brand.

For safety reasons, Giannini cautions against cooking in whisky bottles at home—slicing the glass to insert and remove the roulade, and sticking it into a hot oven, could prove hazardous—so to try his “Break-In Turkey,” adventurous whisky fans will have to make the trek to Kingbird, where it’ll be on the menu for just a few days, from Nov. 25 through Thanksgiving for $129 a person, with a two-person minimum; the bottled bird serves two to four people and comes with an appetizer, sides, and a dessert platter. Giannini recommends savoring the meal alongside a glass of Hibiki Japanese Harmony. “It gives us a good flavor of the holiday, the Thanksgiving party, and all of the sweetness, and the flavor of the spice,” Giannini says. “You feel warmer when you have the mix of both of them.” 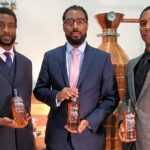 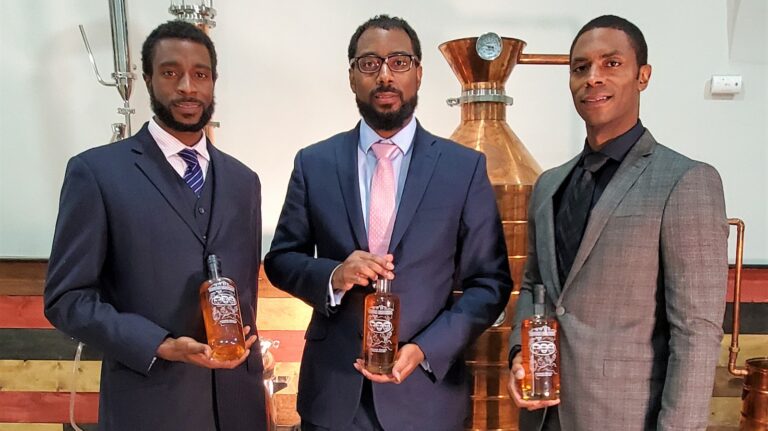