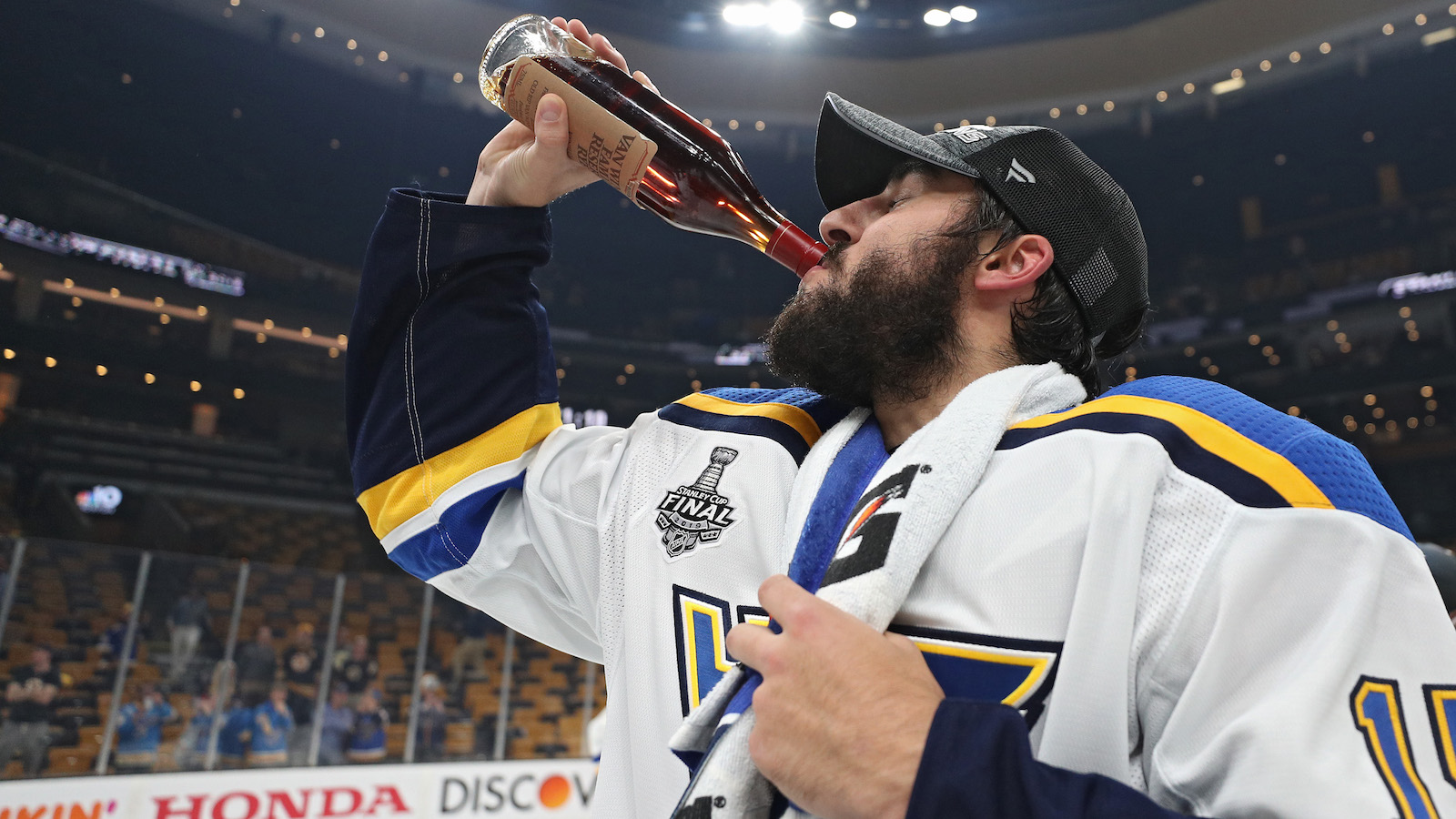 Scoring a rare bottle of whiskey can feel like a victory unto itself, and St. Louis Blues left wing Robby Fabbri took that winning spirit to entirely new heights. The Blues won their first-ever Stanley Cup Wednesday night, defeating the Boston Bruins 4 to 1 in a winner-take-all Game 7, and Fabbri celebrated by drinking straight from a bottle of Van Winkle Family Reserve 13 year old rye—giving all new meaning to drinking whiskey on ice.

Anything Pappy-related is the object of desire for most in the whisky community, so to see the Canadian-born Fabbri approach the bottle with such vigor is a testament to the history-making moment. Although it has a recommended retail price of $120, a bottle of the 13 year old rye would typically fetch anywhere from $1,500 to $2,000 or more.

This isn’t the first time Van Winkle whiskeys have been linked to sports celebrations. Just this past March, a Lexington bar owner was offering to pour the entire Van Winkle lineup at cost if the Kentucky Wildcats won the NCAA men’s basketball tournament. Unfortunately for locals, UK was knocked out in the Elite 8.

And whiskey in general is often hoisted to toast momentous victories. Last year’s Stanley Cup winners, the Washington Capitols, received commemorative bottles of whiskey and moonshine from South Carolina producer Palmetto Distillery, which is an official sponsor of the team. In 2017, Crown Royal sent a special bottle of its XR whisky to Houston Astros second baseman Jose Altuve after the the team won the World Series. Feeling generous, Altuve gifted a bottle to each of his teammates.

We raise a glass to the St. Louis Blues, who are champions for the first time in their 52-year history. If ever there was a time to break out the luxury whiskey, this would be it. But since Van Winkle whiskey is difficult to lay hands on, we’ll settle for celebrating with a luxury whisky that’s actually on store shelves.