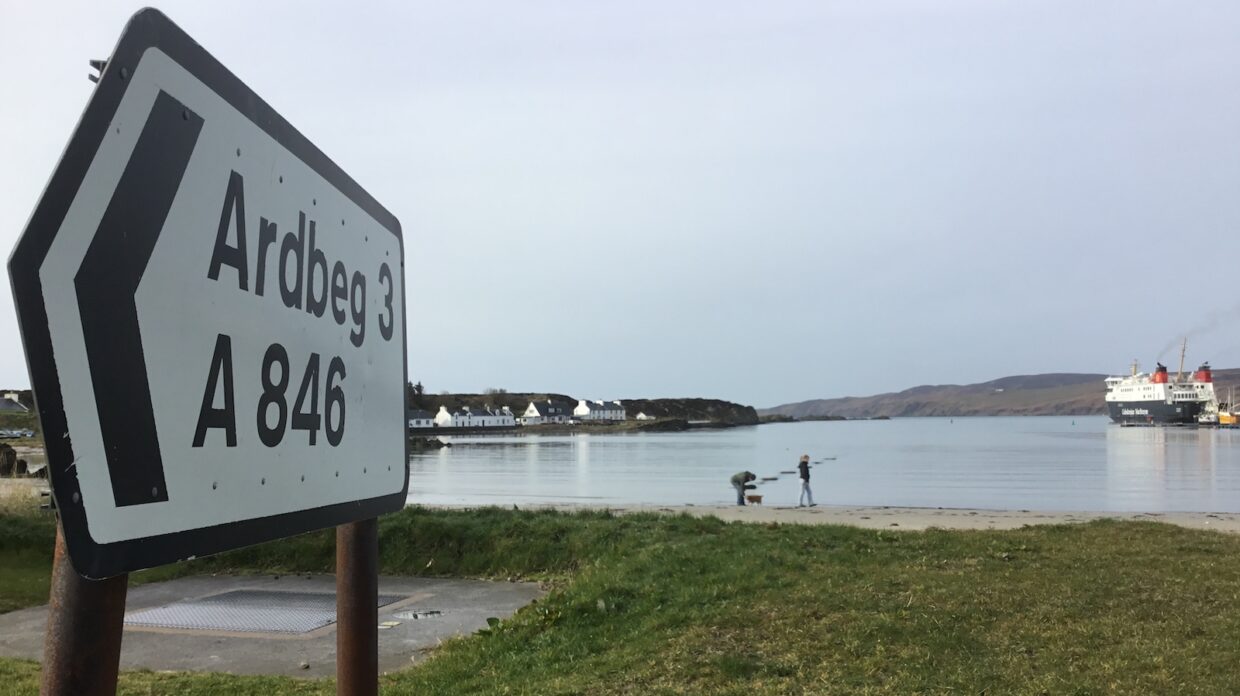 Ardbeg is one of many distilleries hosting virtual events to celebrate the cancelled Islay Festival. (Photo by Jonny McCormick)

As the whisky world continues to adapt to the challenges of the COVID-19 pandemic, yet another event is going virtual after in-person festivities were cancelled. The Islay Festival (Fèis Ìle), the annual celebration of music and single malt, announced via its website on March 18 that the 2020 festival scheduled for May 23-30 would be cancelled due to the Scottish government’s guidelines during the pandemic. Yet the island’s distilleries, which prepare for this festival all year, couldn’t let the week go by without some kind of event, and several are bringing the celebration online—and reaching many more whisky fans in the process.

The festival typically works with each of the island’s nine distilleries opening its doors on a different day; Ardbeg always concludes the week. Since it can’t physically open its doors on May 30, the distillery will now present the Ardbeg Blaaack Whisky Trials on its Facebook page. The two-hour program will feature tastings, games, and entertainment, all accessible to anyone around the world.

This event comes just days before the official release of Blaaack, Ardbeg’s newest limited-edition single malt which is always launched at the Fèis. Every Islay distillery offers a special bottling during the festival, with eager fans lining up to buy and the releases selling out quickly. This year, however, even folks who weren’t planning to trek to the island may be able to get their hands on a festival bottling, as distilleries including Bruichladdich and Kilchoman will be making theirs available online.

The Islay Festival isn’t the only Scottish whisky event going online this year. Glen Scotia is bringing a taste of the Campbeltown Malts Festival—which was originally scheduled for May 19-21 but was also cancelled due to COVID-19—online via its website. The programming will start on May 18 and feature distillery tours, a walking tour of Campbeltown, and multiple guided tastings.

It’s never been easier to experience Islay and Campbeltown, so pour yourself a dram and enjoy these virtual events from the comfort of your own home.

We will continuously update this page as details from other distilleries become available.

ENJOY A TASTE OF THE CAMPBELTOWN MALTS FESTIVAL FROM HOME

Glen Scotia
Starting May 18 on Glen Scotia’s website
Experience a tour of the distillery—one of just three in Scotland’s most undersung region—and the town, along with guided tastings. UK-based fans can even participate in the tastings by ordering dunnage warehouse tasting kits (£56), which come with five 25 ml samples, from The Dram Team. Master distiller Iain McAlister will also lead a tasting of Glen Scotia’s core line, and whisky expert Charles MacLean will lead a tasting of the new Glen Scotia Limited Edition 14 Year Old Tawny Port Finish, released to commemorate the 2020 festival.

ATTEND THE VIRTUAL ISLAY FESTIVAL AT THESE DISTILLERIES

Bruichladdich
May 24 on Bruichladdich’s Instagram
Bruichladdich will present “Laddie Lock-In” on Instagram Live from 2 p.m. to 6 p.m. British Summer Time (BST) on May 24. Music, competitions, charity auctions, and DIY festival shirt-making are all on the docket, as well as—of course—whisky. Bruichladdich will release further details on the events through its mailing list. Though Bruichladdich’s festival release, Port Charlotte 16 year old, was available exclusively through an online ballot system that has ended, the distillery will also release an oloroso sherry cask-finished Port Charlotte, initially available overseas and coming to the U.S. later this year.

Kilchoman
May 28 on Kilchoman’s Facebook and Instagram
Starting at noon BST, Kilchoman will be providing a full day of virtual programming, including discussions on barley, cows, sheep, floor malting, distillation, and bottling. Three live tastings will close out the evening: a core-range tasting, an exploration of barley and yeast varieties, and a tasting of the festival release. Kits for each tasting are available for purchase on Kilchoman’s website starting May 12, so viewers can taste along at home. Kilchoman’s 2020 Fèis Ìle release is a cask-strength 12 year old single malt matured in ex-bourbon barrels. The 54.2% ABV limited-edition expression will be also be available on Kilchoman’s website on May 12 for £108. Unfortunately the distillery cannot currently ship the tasting kits or the festival release to the U.S., but American fans can look for some of the distillery’s U.S.-only releases, like the recent Small Batch No. 1 and the brand-new Small Batch No. 2, to make up for it.

Bunnahabhain
May 29 on Bunnahabhain’s Facebook
With “Fèis at Home,” Bunnahabhain opens its virtual doors to viewers with livestreaming starting at 10 a.m. BST on May 29. The day will be full of virtual programming, including distillery tours and a competition to win a trip to the 2021 Islay Festival. At 8 p.m., distillery manager Andrew Brown, master blender Julianne Fernandez, master distiller Stephen Woodcock, and visitor center manager Dr. Billy Sinclair will lead a live tasting and discussion of Bunnahabhain’s two limited-edition festival releases, the details of which will be revealed during the livestream. Tasting kits are available to purchase on Bunnahabhain’s website. Both the kits and the festival releases will be available in the U.S.; to receive the tasting kits in the U.S. in time for the livestream, you need to order before May 18.

Ardbeg
May 30 on Ardbeg’s Facebook
Ardbeg was set to conclude the Islay Festival on May 30, and will be bringing its celebration online via Facebook. The Ardbeg Blaaack Whisky Trials share a name with the distillery’s festival release—Blaaack—and take inspiration from rural sheepdog trials, where herding dogs compete to move sheep. Ardbeg’s trials are decidedly less strenuous and will feature entertainment, games, and tastings. While a cask-strength release of Ardbeg Blaaack is available to members of the Ardbeg Committee, a limited-edition 46% ABV version will be available in the U.S. for $140 starting June 1.