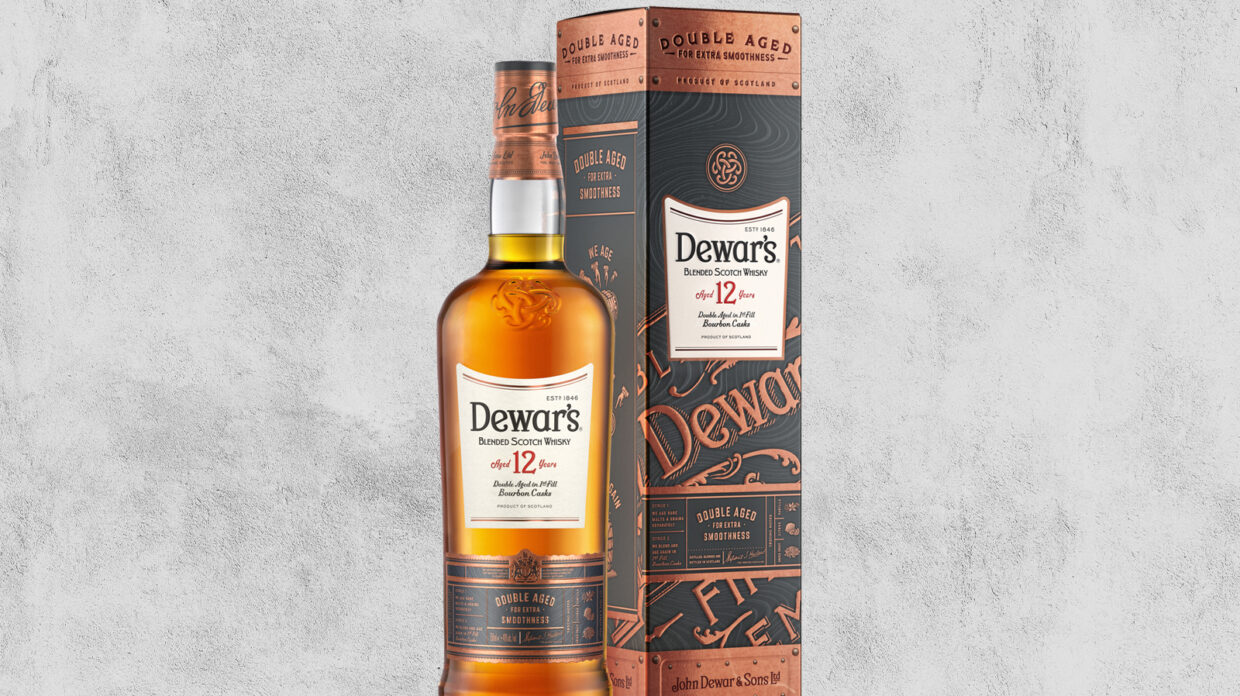 The storied Dewar’s blend has long been among the more traditional scotch whisky labels, but that scenario has changed in recent years. The shift started with the introduction of its ultra-aged 21, 27, and 32 year old Double Double releases back in 2019, which were followed by the launch of the Dewar’s Cask Series in that same year. The first release in that series was Dewar’s Caribbean Smooth, finished in rum casks, and Dewar’s has since added finishes in mezcal, port, mizunara oak and calvados casks. Now Dewar’s has turned its efforts toward a refresh of Dewar’s 12 year old.

The formula for Dewar’s 12 year old has always started with a blend of 40 aged single malt and grain whiskies aged in a combination of refill casks, first-fill bourbon casks, and sherry casks, and that continues to be the case. But in its newly remastered version, the final blend has been aged for approximately 3 months in first-fill bourbon casks, a change that has amped up the vanilla flavors and toffee sweetness that lie at Dewar’s heart. “We haven’t changed the [liquid] recipe—that is exactly the same,” emphasizes master blender Stephanie Macleod.

Previously, the secondary aging stage for Dewar’s 12 year old deliberately took place in oak that added little discernible wood influence or further maturation complexity. “In years gone by, we had a marrying warehouse where we had great big butts with a hose going in and a hose going out,” Macleod describes. “Those [vessels] had been on the go for years, and they helped to bring all the elements of the blend together and allow them to get to know each other.”

The idea of introducing finishing to the blend in bourbon casks originated from Macleod’s work on the Dewar’s 19 year old Championship Edition 2021, which involved first-fill bourbon cask finishing. “We got these lovely soft vanilla and toffee notes, and I thought that if we can do it there, why don’t we do it with Dewar’s 12 [year old]?” says Macleod. She was pleasantly surprised at how much the bourbon casks influenced the flavors of the 12 year old. “We’ve amplified those toffee and vanilla notes—the sweeter notes, the creaminess of the whisky—and brought them to life,” Macleod adds. “The whisky is more unctuous, it’s chewier. On the palate, you feel like you’ve really got something.”

Dedicating first-fill bourbon casks for double-aging a whisky on the scale of Dewar’s 12 year old certainly has added to production costs, but Dewar’s is holding the line on pricing, keeping it at $30. Though no one is saying for sure, the bourbon casks may come from Kentucky distiller Angel’s Envy, a sister company that, like Dewar’s, is owned by drinks multinational Bacardi Ltd.

This move is in keeping with other recent innovations in the Dewar’s range, which have all been about the whisky and its taste profile. From the Dewar’s Cask Series that finishes an 8 year old blend with casks from drinking cultures in different parts of the world to the finishing on the annual Open Championship bottling and the aging pedigree of its Double Double series, the innovations are all focused on flavor. “That’s very much what Dewar’s is about,” says Macleod. “We want to explore, to investigate. We want to show that blends are difficult to make—that there is complexity, and that you’ll find something different every time you go back to a Dewar’s blend.”

While Macleod says there are no imminent plans to change the 15 and 18 year old blends, there’s a sense that this is the start of a new phase for Dewar’s. The company’s plan to build a new creative hub on the Dewar’s campus in Glasgow is an indication of more to come. “We’re going to look at all aspects of the process, what can we do to make (the whiskies) better, and how to make them different,” she adds.

Look for the full review of the new Dewar’s 12 year old in the Fall issue of Whisky Advocate, but meanwhile, read preliminary tasting notes by Jonny McCormick, contributing editor and lead reviewer for blended scotch whisky. And above, hear from Macleod herself about the new whisky. 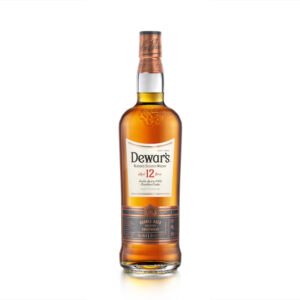