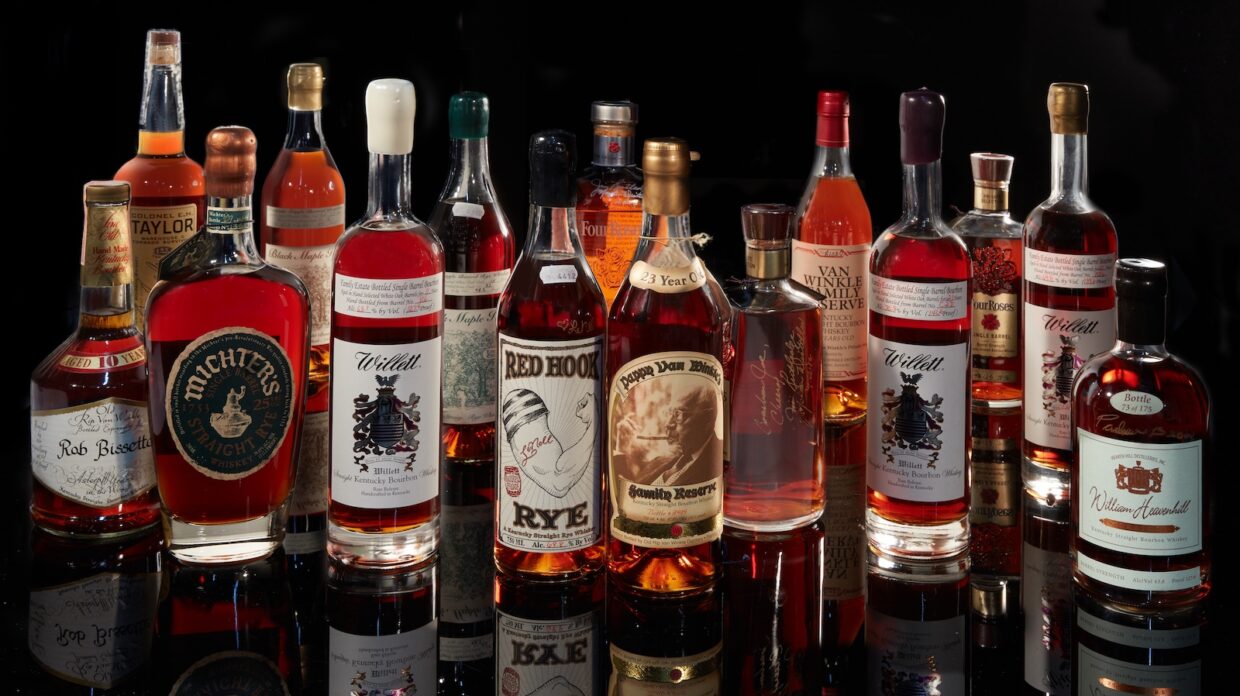 A rare collection of American whiskey will go on sale starting March 19 as part of Sotheby’s American Muscle and Three Continents Part III.

UPDATE (March 21, 2022): This dedicated American whiskey auction held on March 19th at Sotheby’s topped $1 million, marking a new milestone for the auction house. The hammer price totaled $1,307,450, and included the American Muscle Collection, which commanded $902,400, as well as the Three Continents Collection Part III, which reached $161,400. A bottle of LeNell’s Red Hook Rye 24 year old barrel #4 achieved the top hammer price of $35,000—one of the additional lots outside the main collections. Some 75% of the lots sold exceeded their high estimates, according to Sotheby’s. North America-based collectors acquired 93% of the sold lots, and nearly 60% of the sale’s buyers were new to Sotheby’s. Also noteworthy was that 42% of buyers were under 40 years old, Sotheby’s added.

On March 19th, Sotheby’s New York will auction over 1,000 bottles of bourbon and rye with an estimated value of $1–$1.4 million in its American Muscle and Three Continents Part III sale. Stocked with popular collectible American whiskeys from the last 20 to 30 years, it appears set to beat the results of Sotheby’s Thoroughbred sale of bourbon and rye in 2021. Three bottles of LeNell Red Hook Rye are likely to steal the show: Hammer prices reached $35,000 a bottle in 2021. The American Muscle Collection (Lot 1–534) includes a significant selection of Willett, Four Roses, and Van Winkle and was amassed by entrepreneur and bourbon aficionado Richard “RJ” Gottlieb who is one of California’s most renowned muscle car drivers for driving the Big Red Camaro.

The Three Continents Collection (Lots 586–750) is a substantial collection of 5,000 bottles put together by an anonymous collector: This third installment contains 400 bottles of American whiskey, following Sotheby’s earlier sales of the collection’s scotch and whiskies from Asia. Sotheby’s isn’t only courting high net worth individuals either; with over 170 lots across the entire auction including past bottlings of Michter’s 10 year old and Four Roses single barrel private selection with a low estimate of $250 or less, there are plenty of options for collectors who have more modest budgets.

There are more than 160 bottles of Willett to consider, including a vast selection of single barrel bourbons aged 5 to 26 years, single barrel rye including the 25 year old, and the XCF (exploratory cask finish). A haul of nearly 60 bottles of Buffalo Trace Antique Collection is going under the hammer, with a great selection of George T. Stagg and W.L. Weller. Among the 40 strong Parker’s Heritage Collection releases up for sale, there are gaps in the early years but there is a first edition and a Promise of Hope bottling. For aspiring Pappy Van Winkle owners, there are 9 bottles of Pappy Van Winkle 23 year old and 18 bottles of Pappy Van Winkle 20 year old to bid on, though don’t expect any bargains as recent Pappy auction values have been climbing again. Other labels noteworthy for their significant age statements include Michter’s single barrel bourbon at 20 and 25 years, more than 25 bottles of Eagle Rare aged 18 to 23 years old from the late 1980s and 1990s, and 4 bottles of Black Maple Hill single barrel rye 23 year old. There’s also a bottle of Michter’s 25 year old single barrel rye (est. $5,000–$6,000). A bottle of this fetched $21,000 in December 2021, making our list of Auction Houses’ Most Expensive Whiskies of 2021.

This dedicated American whiskey sale has much to admire, though if you specialize in early to mid-20th century bottles, it’s not for you. These are two collections driven by the singular pursuits of their owners, which naturally results in a forgivable number of conspicuously absent labels: no Buffalo Trace Single Oak Project, no Woodford Reserve Master’s Collection, no Blanton’s, little from the emerging craft brands, and hardly a drop of whiskey from Tennessee, but you’ll not struggle to find something good to drink. There’s plenty more to come, however, as Sotheby’s has scheduled a sale of fine spirits in Hong Kong in April, and the London saleroom will present sales of Asian spirits in May and scotch in June. 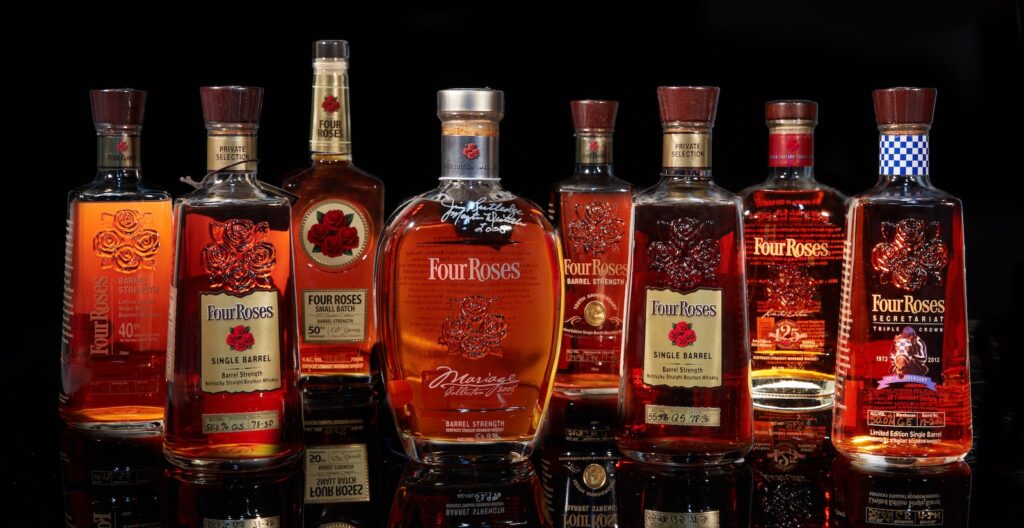 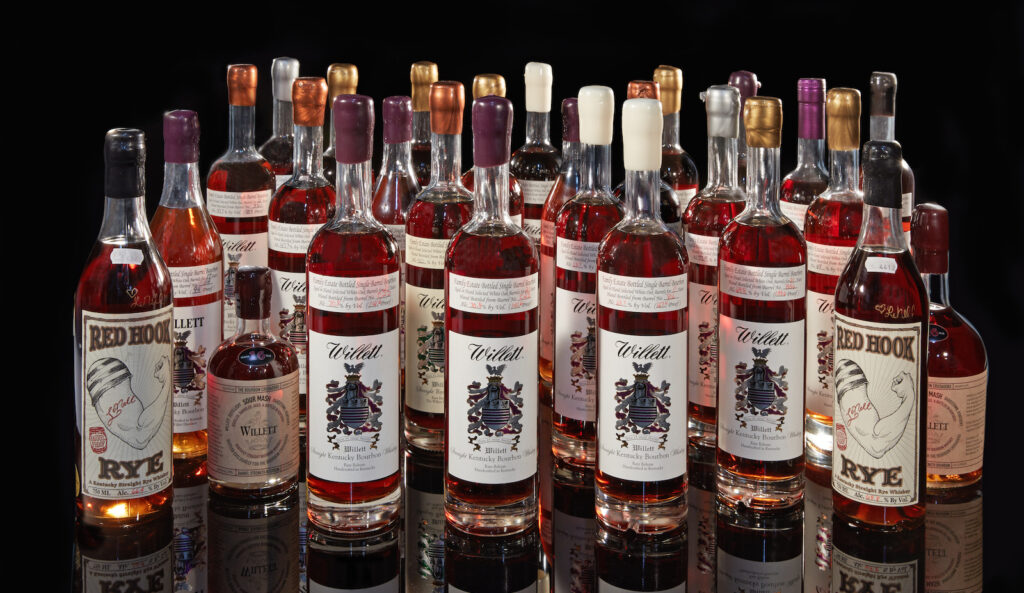 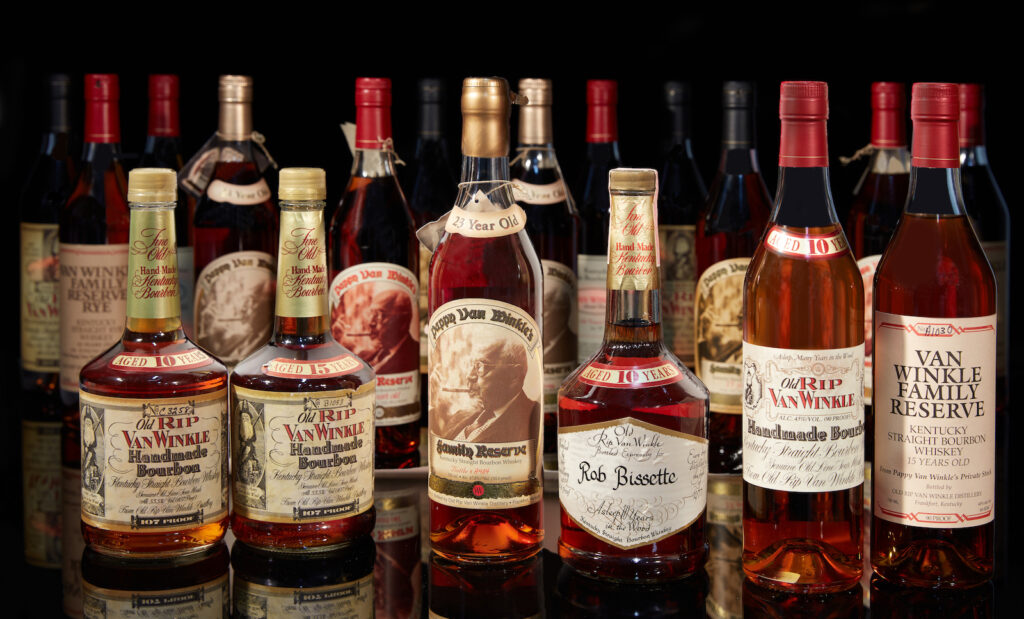