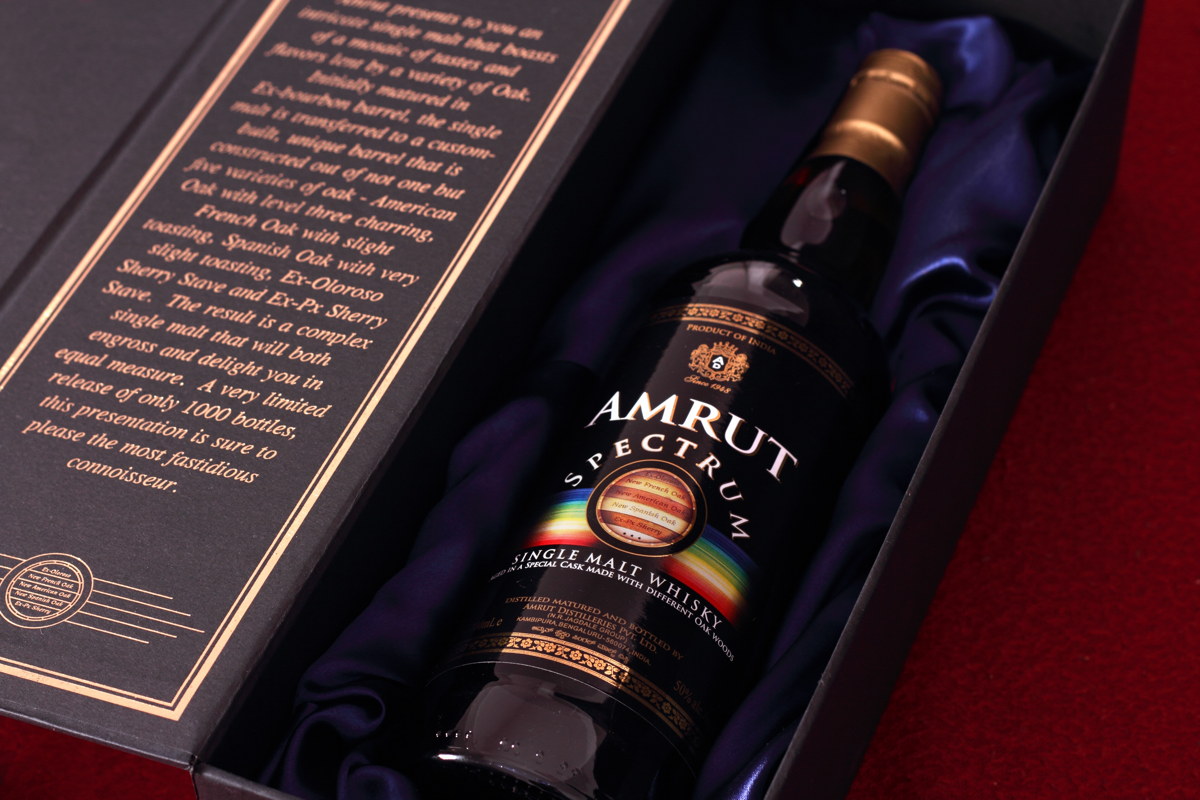 When we gave Amrut Spectrum our World Whisky of the Year award in 2016, the Indian single malt wasn’t yet available in the U.S. But as of this month, that’s no longer the case—though the limited-edition whisky will still be tough to find. There are plenty of other new whiskies to try though: a brace of unique ryes from Woodford Reserve (available at the distillery only), bourbons from Redemption and George Remus (both made at MGP Distillery), single-cask scotches from the Exclusive Malts, and two bottled in bond whiskeys made by Laws Whiskey House. 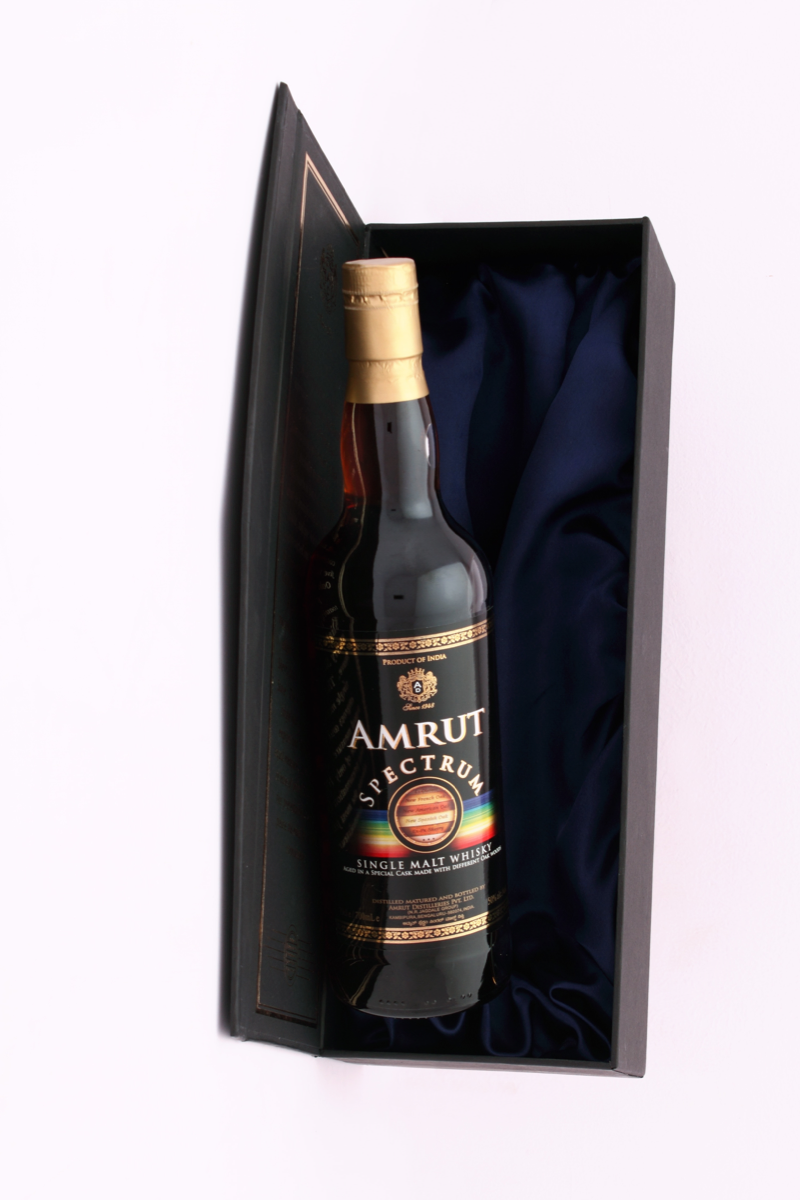 This Indian single malt whisky was matured in a cask made with four different types of staves: new American oak with a No.3 char level, lightly toasted new French oak, and ex-oloroso and ex-Pedro Ximénez sherry. The 004 is latest batch of Spectrum, and the first to hit the U.S. market. (Read about the previous release, which used five different oak types, here.)

When we honored Amrut Spectrum as World Whisky of the Year in 2016, Jonny McCormick wrote this tasting note: “The beguiling chocolate and coffee aromas mingle with new oak, wood spices, fresh walnuts, treacle, and mango peel. A velvety palate of lush red fruits, Gianduja chocolate, coffee, nut oils, and oak tannins develops, leaving dry spices and ground coffee on the finish.” While this whisky might have some variance due to batching and the use of four different stave types, rather than five, expect it to maintain a consistent flavor profile. (The Spanish oak stave wasn’t used for this batch, as its influence was determined to be minimal.) 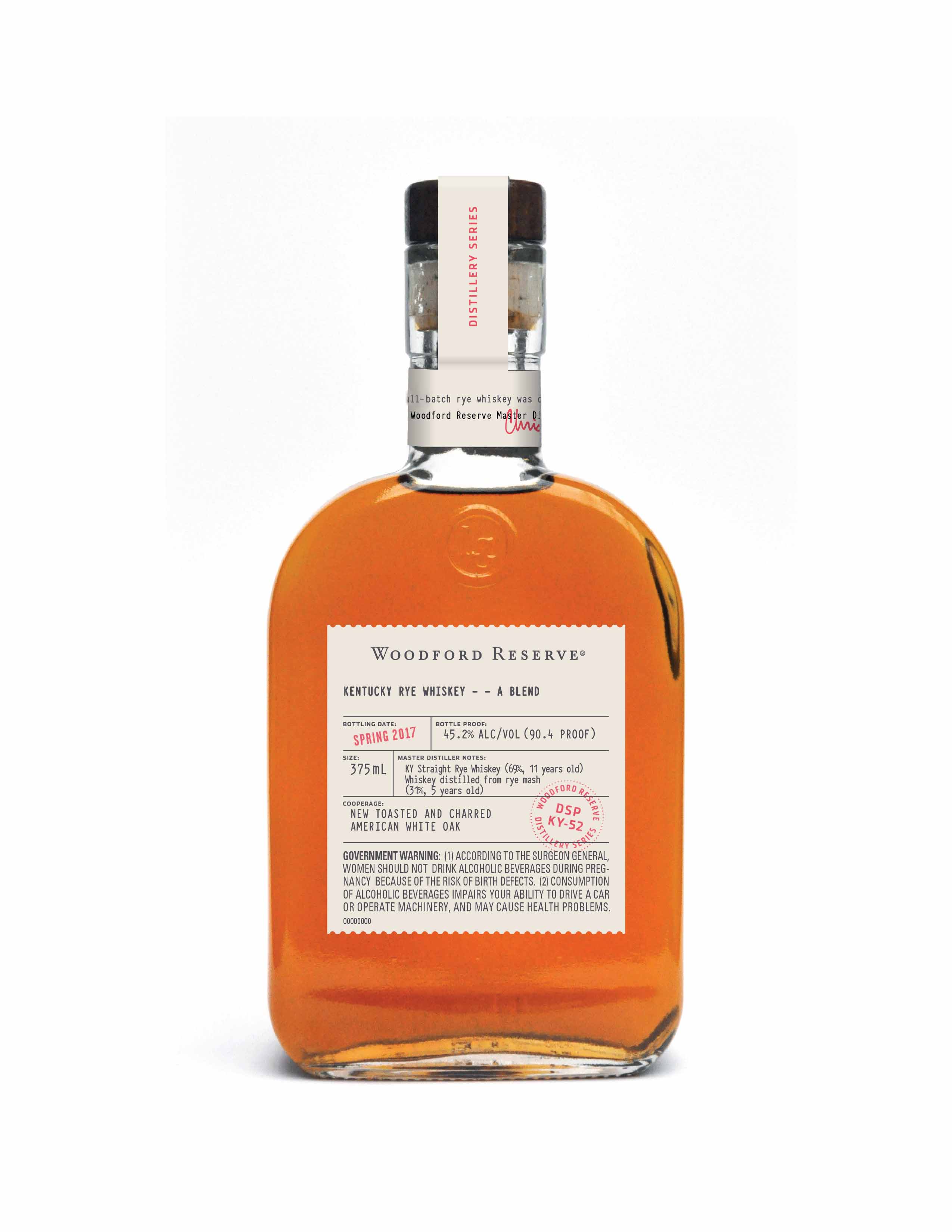 This is a limited-edition blend of two Woodford Reserve whiskeys, available mainly at the distillery.

Back in 2004, Woodford Reserve made a 100% rye whiskey that it aged in its own used bourbon barrels. This whiskey became its Master’s Collection Aged Cask rye. Some of it was held back until this year, when it was blended with Woodford’s Distiller’s Select straight rye (mash bill: 53% rye, 33% corn, and 14% malted barley) to create this unique blended rye. 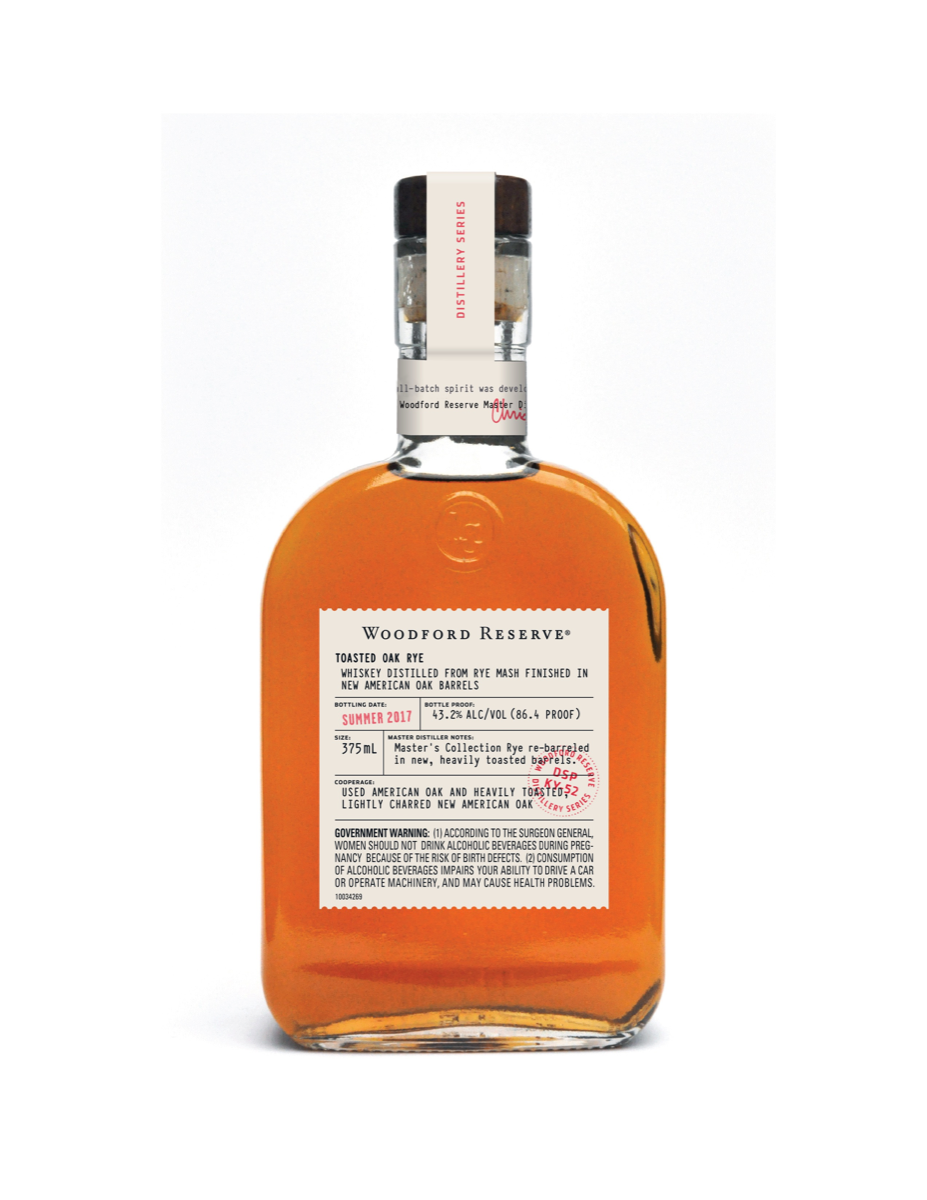 Since it was aged in used barrels, this is technically a rye mash whiskey. Rye whiskey can only be aged in new charred oak barrels. The TTB’s rules for “whisky distilled from rye mash” are as follows:

Produced in the U.S. at not exceeding 80% alcohol by volume (160 proof) from a fermented mash of not less than 51 percent rye and stored in used oak containers 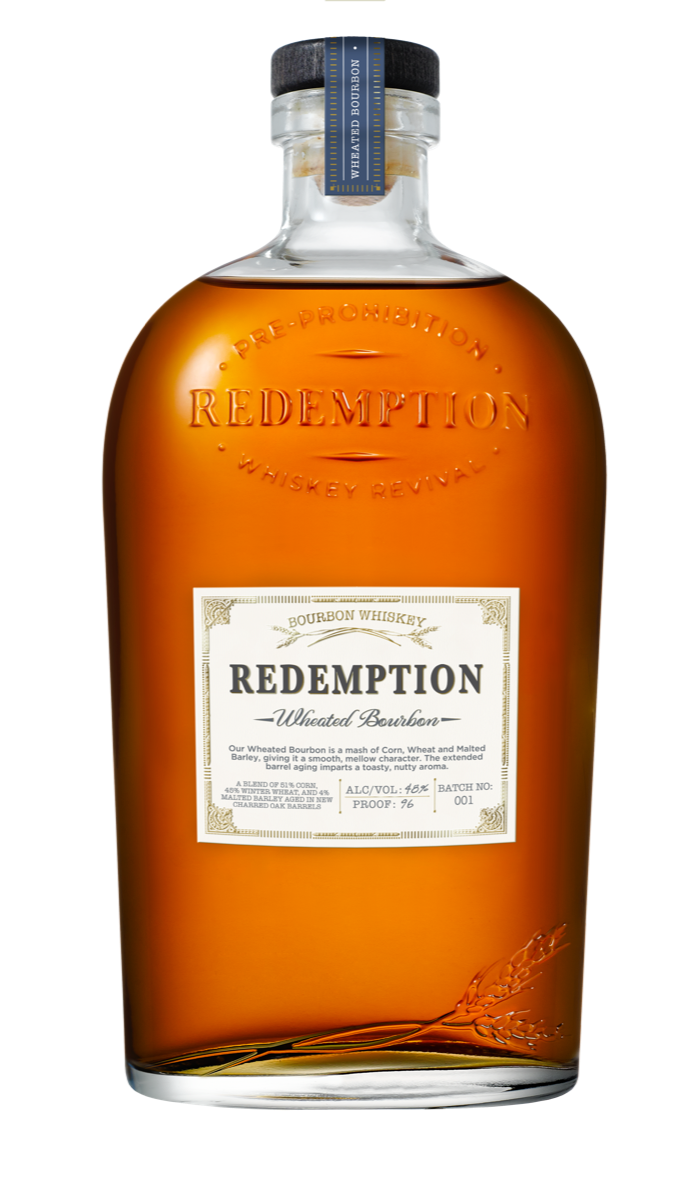 This is a limited-edition bourbon from Redemption, which sources its whiskey (both bourbon and rye) from MGP Distillery in Indiana. The mash bill is 51% corn, 45% winter wheat, and 4% malted barley.

The whiskey is available in limited quantities, but will return every year. This year it’s 4 years old, next year it will be 5, and the following year it’ll hit 6 years. The amount released will be roughly the same each year. 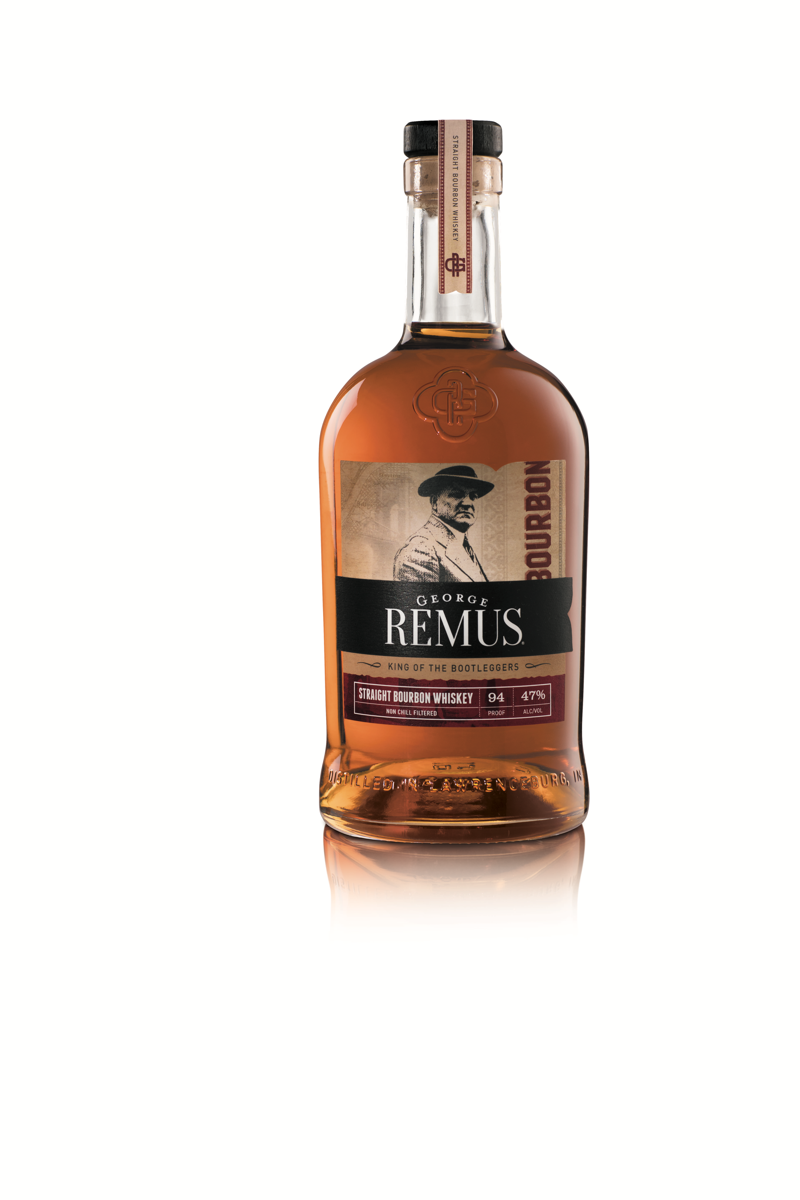 Named for an infamous Prohibition-era Cincinnati bootlegger, George Remus Bourbon is a high-rye blend of bourbons all aged for at least four years. It’s made at MGP Distillery in Indiana.

MGP acquired the George Remus brand from Cincinnati-based Queen City Whiskey Co. last year. The distillery had been supplying Queen City with whiskey for the brand, but has changed the recipe to include older, more complex high-rye bourbons.

A previous version of this post stated that the whiskey used in the George Remus brand had not changed with the sale to MGP. The post has been updated to reflect new information about the bourbon. 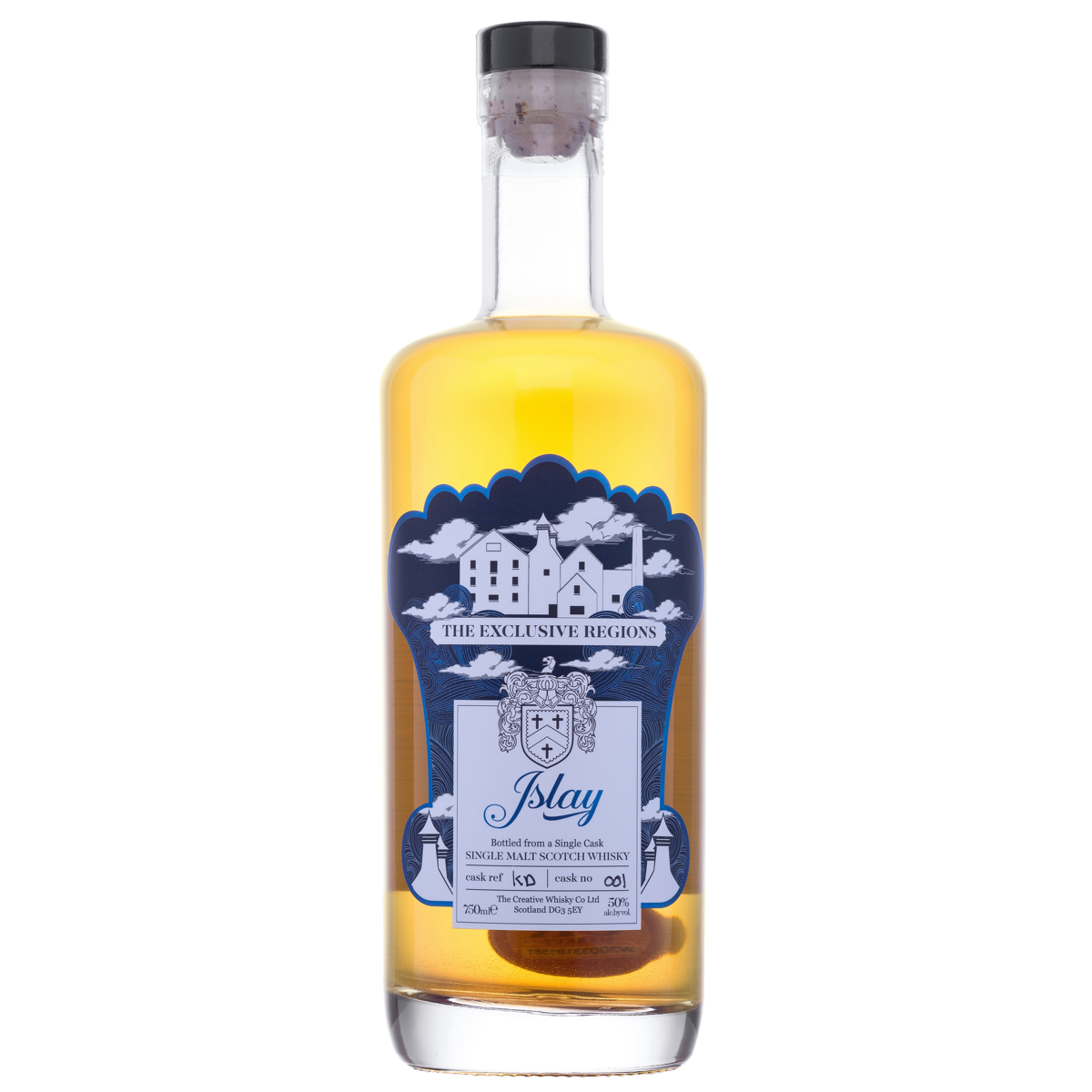 This is a non-chill filtered, uncolored single cask whisky from an undisclosed distillery on Islay. 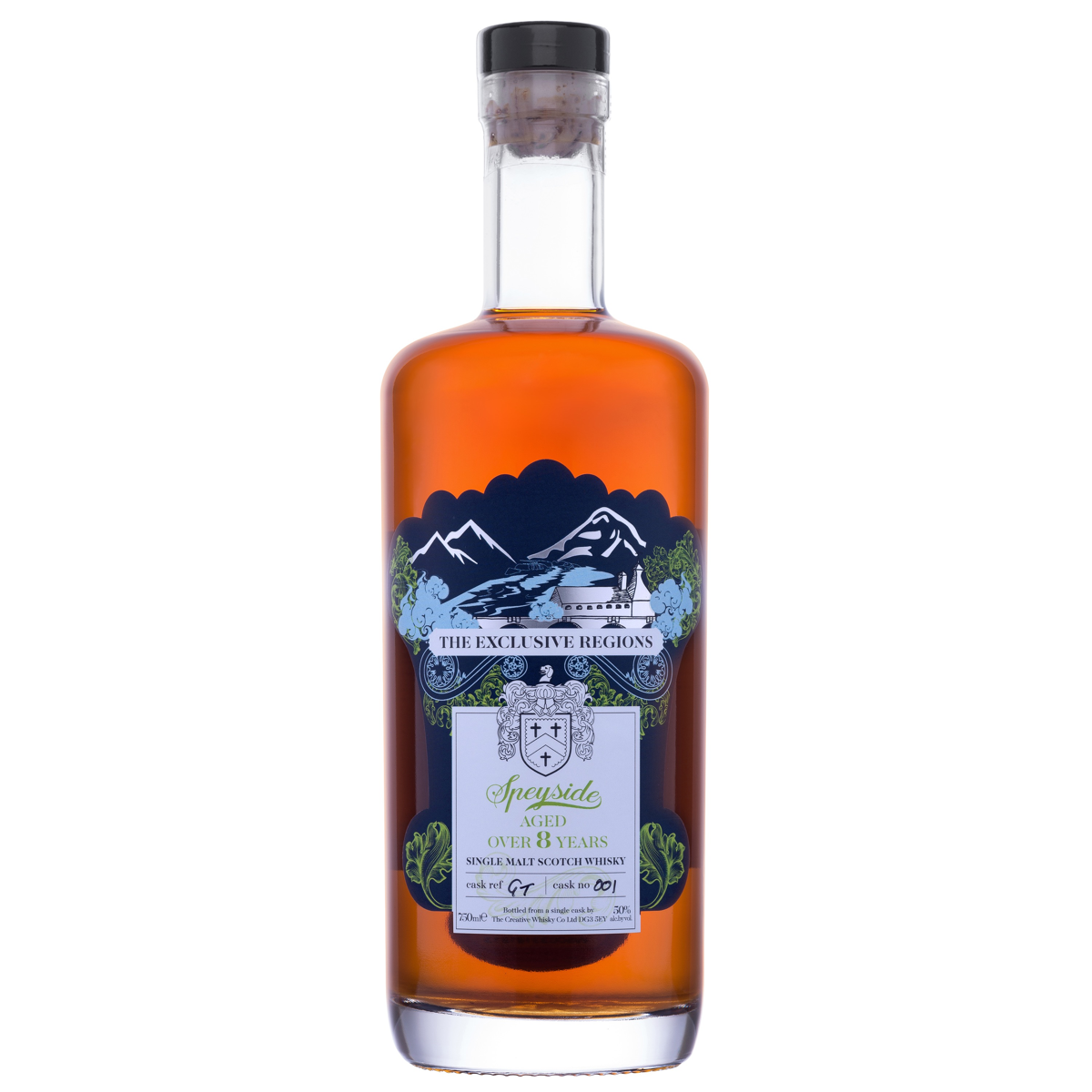 This is a non-chill filtered, uncolored single cask whisky from a Speyside distillery. 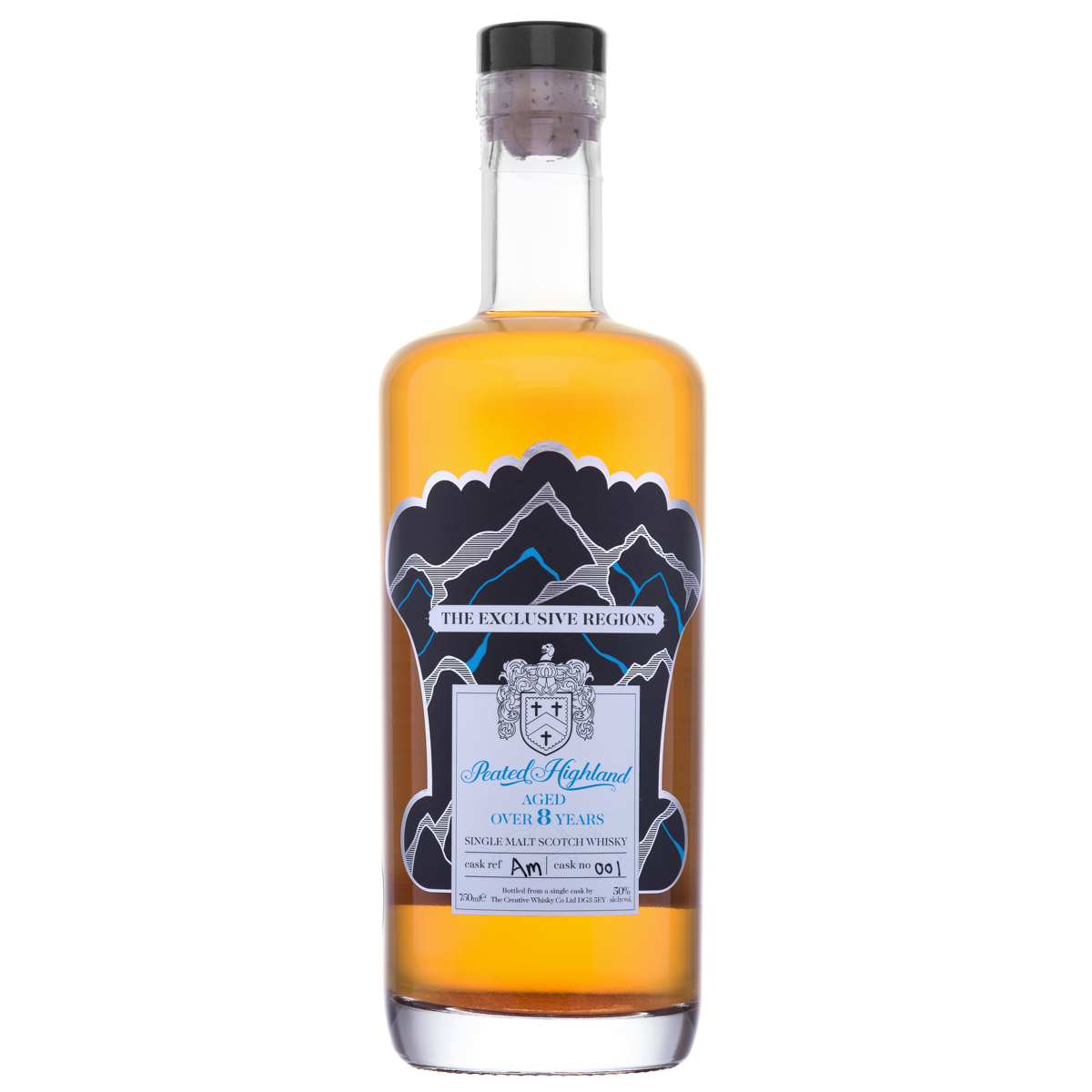 The peat used in this 8 year old single cask whisky is characterized as less aggressive than its Islay cousin above. 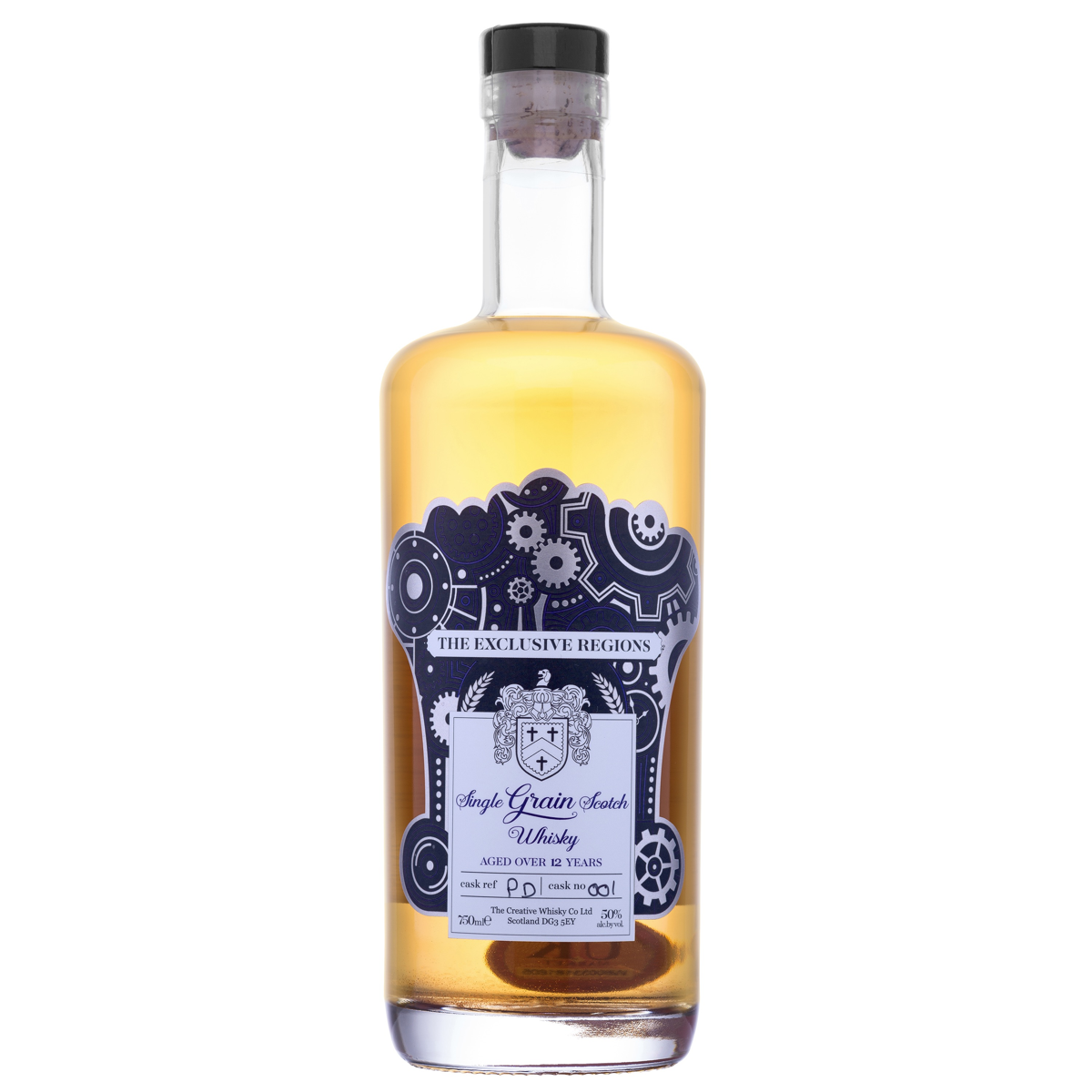 This single grain whisky from a distillery in the Scottish Lowlands is made from wheat in a column still.

The Creative Whisky Co.’s Exclusive Regions collection is a new series of whiskies that aims to introduce newbies to different styles and regions of scotch through single cask expressions while keeping the price affordable. The whiskies will be available on a constant basis, though there will be some variance since these are all single casks. The distilleries are undisclosed, but each bottle includes a distillery reference: GT on the Speyside stands for Glentauchers, PD on the single grain is for Port Dundas, AM on the Peated Highland is Ardmore, and KD on the Islay refers to the major water source of Laphroaig called Kilbride. 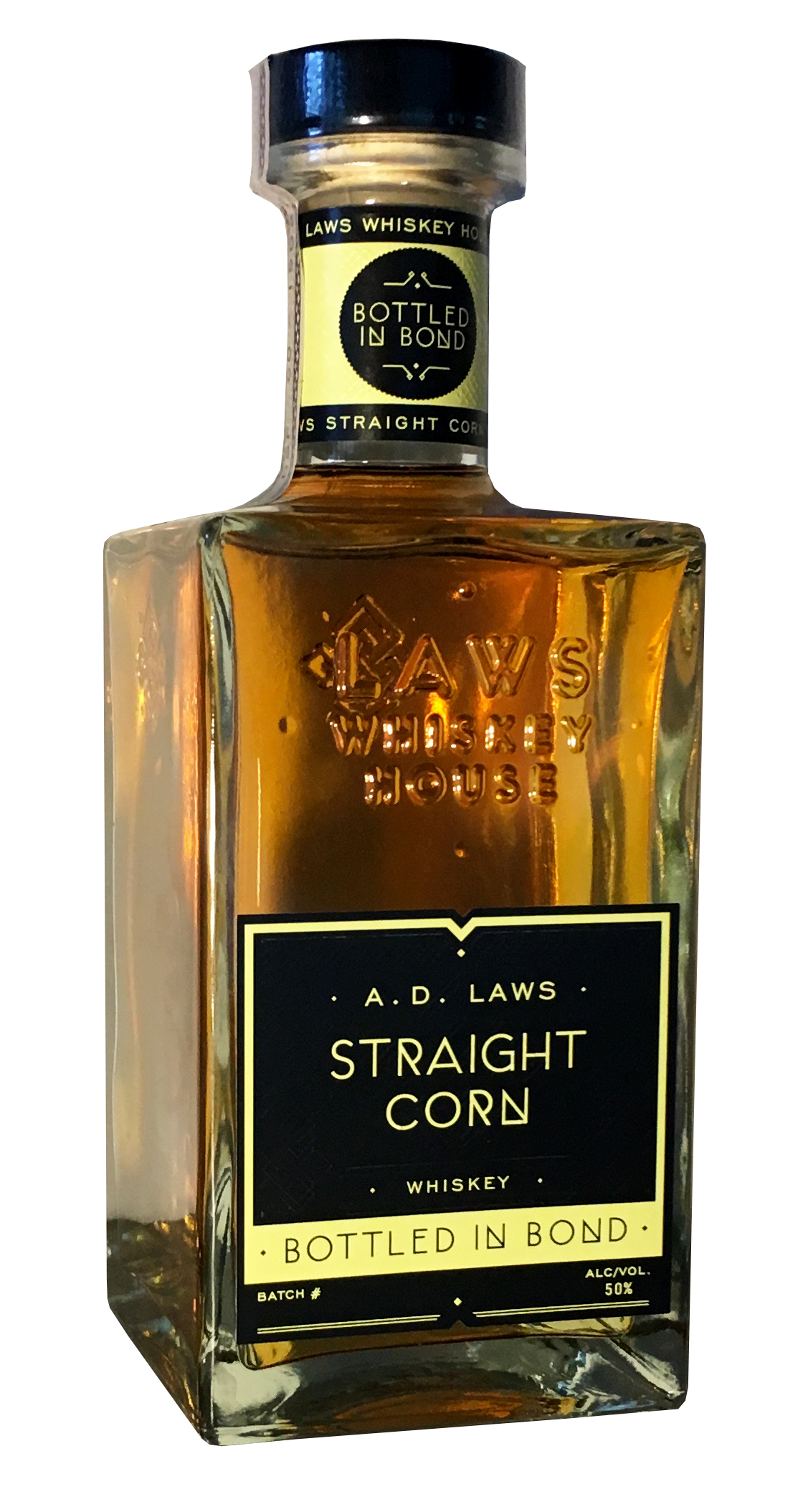 This whiskey’s mash bill consists of 86% corn and 14% malted barley. It was aged in used full size barrels for over four years in bonded warehouses at Laws Whiskey House in Denver.

It’s unusual to see a bonded corn whiskey, especially from a craft distiller, so this should be an interesting one to try if you visit the distillery. 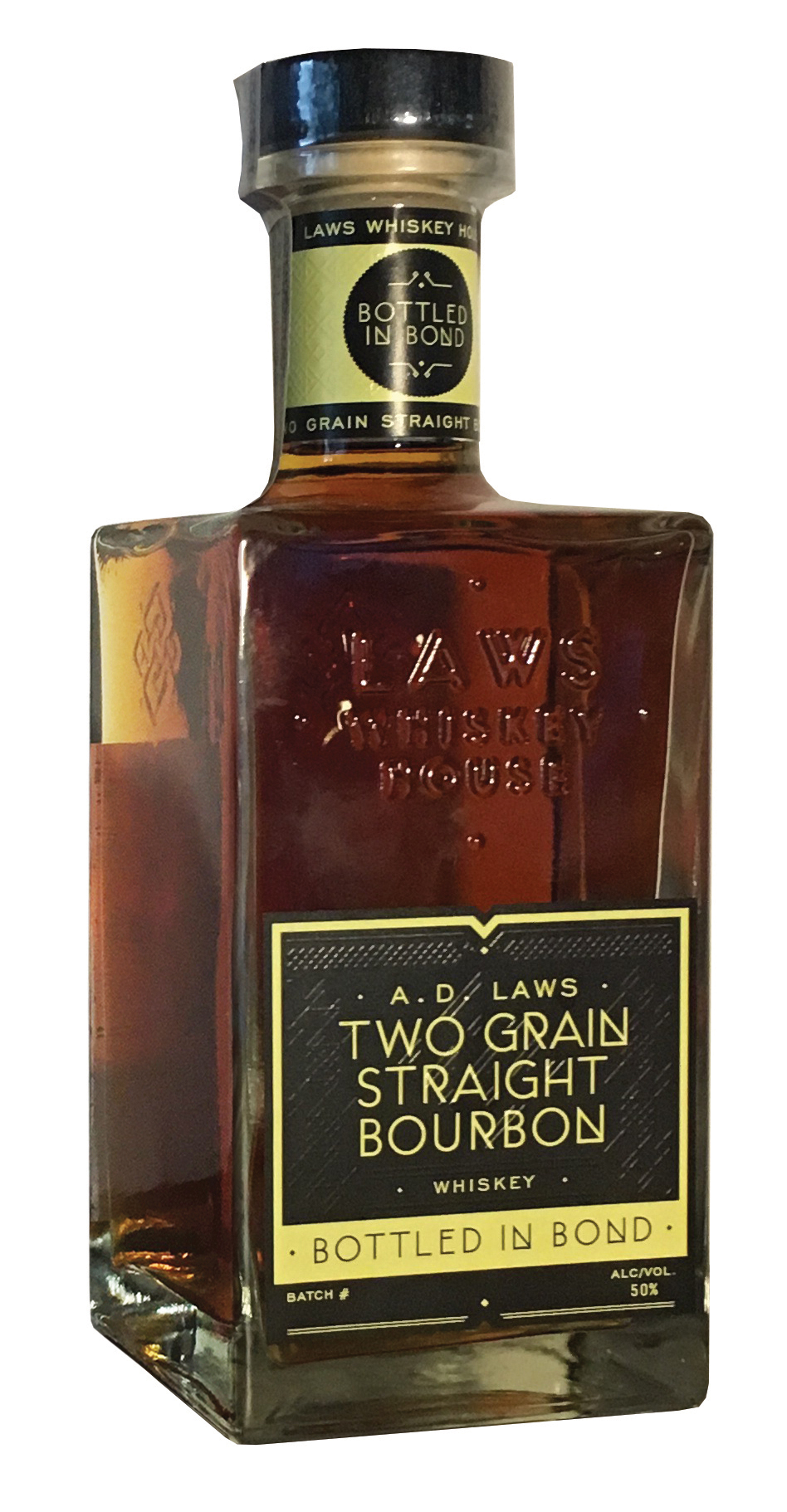 Like the corn whiskey, this bourbon also has an 86% corn-14% malted barley mash bill. But because it’s bourbon, it was aged in new charred oak barrels, rather than used ones.

Both this bourbon and the corn whiskey have the same mash bill and are aged for the same length of time. The main difference is the barrel type: new charred oak for the bourbon, and used for the corn whiskey (which by law can only be matured in new, uncharred barrels or used barrels). Tasting them side by side would be a fun way to explore the impact barrel type has on the finished whiskey.