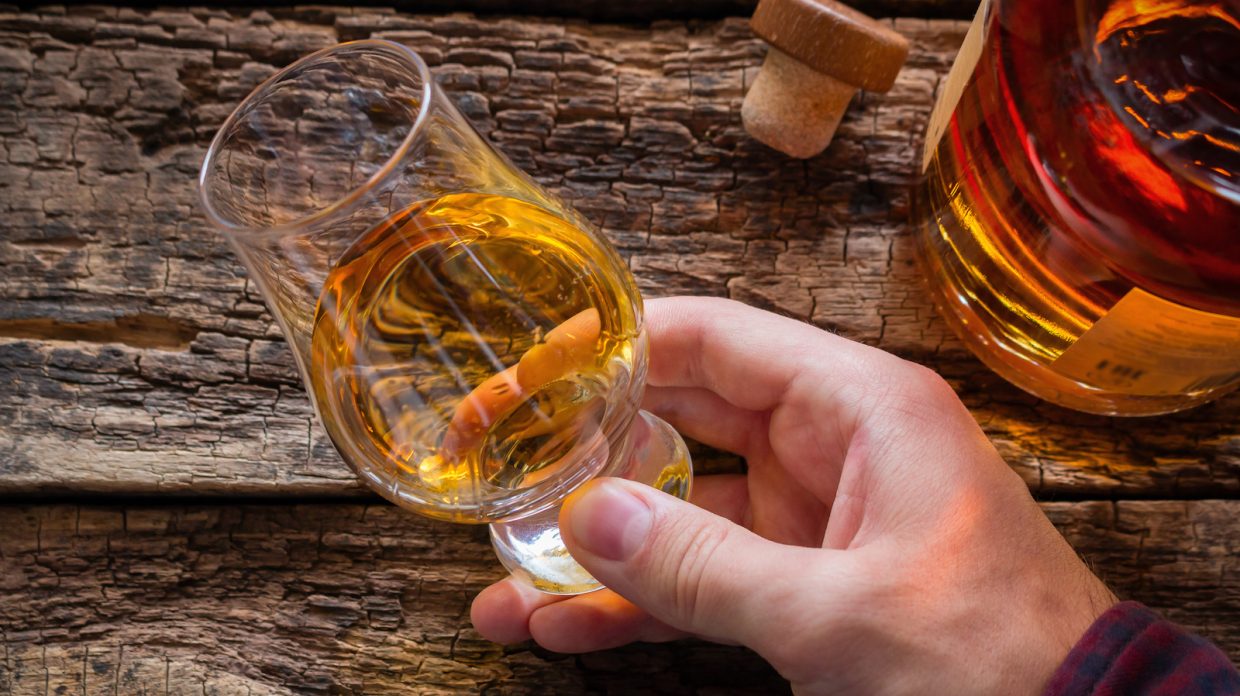 Many American distillers choose to chill-filter their bourbon and rye, primarily for aesthetic reasons—but there's more to it than that. (Photo by iStock/itakdalee)

“Non-chill filtered” is a big selling point for American whiskey, a point of pride that’s emblazoned on many a bottle of bourbon, rye, and American single malt. Private single-barrel picks and other exclusive whiskeys are almost always bottled at high strength without chill-filtration, and many drinkers take it for granted that a high-quality whiskey will not be chill-filtered. In fact, the practice of chill-filtering is often regarded negatively.

But why is it bad? What does chill-filtration actually do to a whiskey? Are whiskeys that are not chill-filtered automatically superior to those that are? Whiskey makers are best positioned to answer these questions, but even among distillers, there’s less consensus than you might think. And some of the whiskeys you like the most—well, they may just be chill-filtered.

All whiskey is filtered before bottling to remove particulate matter from the barrel. Chill-filtration is a more meticulous refining process, usually performed to remove chemical compounds like fatty acids that can clump together at low temperatures, creating a cloudiness or haze in the whiskey. This clumping (called flocculation, or floc) generally occurs only in whiskeys that are below 46% ABV (the “floc point”), although some brands, like Jim Beam, chill-filter up to 50% ABV in order to play it safe. The whiskey is chilled, and then run through a series of filters that eliminate these particles. Filters can be made of anything from paper to metal to earth; the type used is proprietary information and generally not disclosed by the distilleries.

Everything You Need to Know About Chill Filtered Whiskey

While chill-filtering prevents unsightly haze, many distillers don’t like it because long-chain esters—large molecules which contribute to a whiskey’s flavor and mouthfeel—are also filtered out in the process. At the same time, they don’t want to put a cloudy whiskey on the shelf. (Floccing often occurs during transport, when bottles can be exposed to low temperatures.) Paul Hletko, founder of FEW Spirits in Illinois, says that’s why his bourbons and ryes are all bottled above 46% ABV. “There are multiple reasons why we bottle our whiskey at a relatively high proof, and our lack of chill-filtration is one of them,” he explains. “We don’t get haze because we’re above that floc point. But I’ll tell you, if we were selling our stuff at 80 proof, we would chill-filter.”

If we were selling our stuff at 80 proof, we would chill-filter. —Paul Hletko, FEW Spirits

Hletko admits to being biased against chill-filtration. But when he launched FEW’s first whiskeys, he did experiment with it. “I took the literal same thing—it was the same barrel, everything was identical except for our filtration techniques. We did five different filtration techniques, and I pulled together a group of tasters. It was a blind test—all they knew was that it was liquid that I made. With chill-filtration…it lost some of that soul. And that’s not something I want to do with my products.” John Little, whose Smooth Ambler brand offers only non-chill filtered whiskey, is similarly dismissive of the practice, arguing that even more than flavor, chill-filtration “takes away mouthfeel, which is very important to our senses and our reaction when tasting.”

Why Some Distillers Choose To Chill-Filter

But not all distillers agree. Andrea Wilson, master of maturation at Michter’s, says that removing some of the longer-chain esters “really allows us to showcase aspects of the whiskey that might otherwise be masked by dominant characteristics.” Michter’s chill-filters all its whiskeys, from its 42.4% ABV US*1 line of bourbon, rye, and whiskey right up to its cask-strength expressions. At such high proofs (the 2019 release of 20 year old bourbon was 57.1% ABV), these whiskeys don’t need chill-filtering, but Wilson says they benefit from the process. Each whiskey gets its own meticulous, and specific, filtration scheme. “When we develop new expressions, we have to go through an entire process that could take many months of understanding the chemistry and dialing in each variable to achieve the best representation of that whiskey,” Wilson explains. Michter’s keeps its practices under wraps, but they encompass everything from the temperature at which filtration takes place to the materials from which the filters are made.

In Defense of Lower Proof Whiskey

Distiller Lisa Wicker, whose Widow Jane 10 year old bourbon sits at 45.5% ABV—just below the floc point—chooses not to chill-filter, but she understands why certain distillers choose to do it. “Everyone has tasted whiskey that could possibly benefit from chill-filtering,” she says, noting that chill-filtration can remove off notes on the nose or palate just as much as it might affect appealing ones. “It’s a balancing act. The blender or distiller may be afraid of the [negative] perception of their whiskey [being chill-filtered], or if it is a small distillery, they may not be able to pull off the logistics to do it.” Wicker chooses not to chill-filter Widow Jane because it’s “intentionally intense—I want to keep everything I blend in the final product.” She also doesn’t worry about customers complaining about cloudy whiskey when it’s chilled. “Questions about cloudy whiskey were more prevalent before consumers became as educated as they are today,” she notes.

You Are Probably Drinking Chill-Filtered Whiskey

Many craft distillers enjoy that highly knowledgeable customer base and opt not to chill-filter. But bigger distilleries with a wider audience regard chill-filtration as a necessity, albeit one that they don’t always relish. Fred Noe, master distiller at Jim Beam, says the only reason he chill-filters is to eliminate haze. “You can lose a little bit of flavor and texture with chill-filtering,” he notes. “But we know how to do it right, so that we don’t lose too much.”

Eddie Russell, Wild Turkey’s master distiller, agrees. “It does take out some of the mouthfeel of the whiskey,” he says. “It also removes a slight hint of the color.” Yet all of Wild Turkey’s expressions, except for the Master’s Keep series and Russell’s Reserve Single Barrel, are chill-filtered—exclusively to prevent haze, according to Russell. “We first started chill-filtration in the early 1990s,” he says. “It was only when we started shipping Wild Turkey to Japan that we began, as that market was the first to notice [floccing].”

In the end, outside of a lab, there’s no objective way to measure how chill-filtration affects a particular whiskey. There are plenty of 40% ABV, chill-filtered bourbons that taste watered-down, feel thin in the mouth, and lack that pizzazz that separates good whiskey from mediocre. But it’s also commonly accepted that Michter’s Barrel Strength Rye (92 points), Wild Turkey Rare Breed (90 points), and Knob Creek (90 points)—all chill-filtered—are big, bold, and and flavorful, the very characteristics that chill-filtration supposedly removes. It’s a fair bet that even educated whiskey drinkers don’t know they’re chill-filtered. Is chill-filtration necessary? Maybe not. But does it contribute to whiskeys that you enjoy? Likely—so don’t write it off completely.