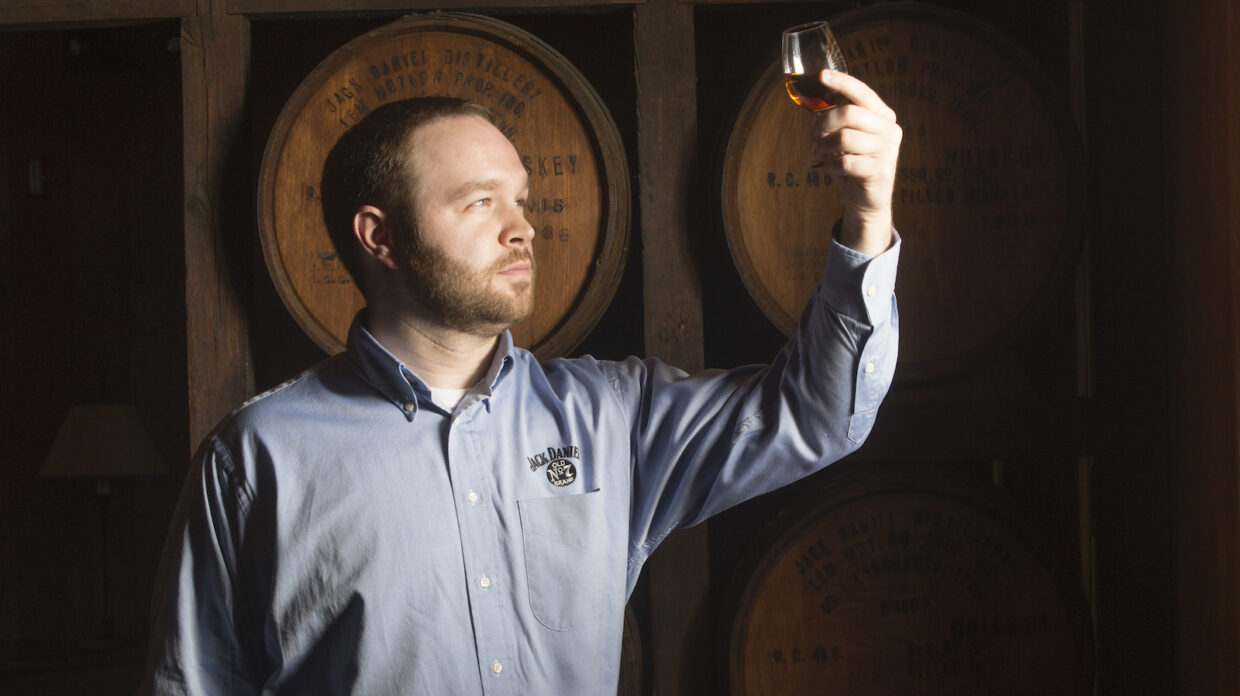 Being appointed master distiller at any distillery is a hefty task, but the title takes on even more weight when it’s at the largest distillery in the United States. “It’s been a bit of a whirlwind,” Chris Fletcher said of the five weeks since he was announced as master distiller at Tennessee whiskey giant Jack Daniel’s. Fletcher joined Whisky Advocate’s Instagram Live series #TasteWithSpace on Nov. 13 to discuss his new position, which he started in early October after former master distiller Jeff Arnett stepped down the preceding month. “I’ve been around this distillery a long time, since I was about six years old,” Fletcher said. “It’s been a really cool thing to get rolling with our team here.”

As he stated, Fletcher is no stranger to Jack Daniel’s. Beyond working at the distillery on and off starting in 2001, Fletcher has the Tennessee whiskey in his blood—his grandfather, Frank Bobo, was Jack Daniel’s fifth master distiller from 1966 to 1989. Fletcher is the eighth master distiller, and he acknowledged how much the position has changed over time. “The way I describe it to people is it’s a quality control position,” he said. “All of the quality control labs, the quality control of our products are ultimately my responsibility—to make sure that the consistency and the quality of our products don’t change.”

Maintaining the consistency of such a well-known whiskey as Jack Daniel’s Old No. 7 is no small feat. “Sometimes the popularity of Old No. 7 can overshadow [other products],” such as Jack Daniel’s single-barrel expressions, Fletcher said. “But that just means I’ve got to do a better job when I’m out and about and meeting people and telling people about the different whiskeys that we do.” Fletcher didn’t shy away from highlighting the diversity of products Jack Daniel’s puts out, shining a light on single barrels, last year’s release of No. 27 Gold, the experimental Tennessee Tasters’ series, and the distillery’s newest releases.

Fletcher said the most exciting aspect of the job to him was the innovation involved, and that innovation shows in the newest Jack Daniel’s releases. He introduced the latest installments in the Tennessee Tasters’ series, including a whiskey finished in barrels made of Jamaican allspice wood and a “twin blend” of Tennessee whiskey and rye. “Both of these whiskeys were ‘born’ on the same day in May 2014, and so we called them twins,” Fletcher said. In addition to these releases, Jack Daniel’s is also releasing a single-barrel, barrel-proof rye this month as its 2020 limited edition. “It speaks to where we’re at right now in American whiskey,” he said regarding the innovations the distillery is churning out. “People want to try new things.”

In addition to the discussion, Fletcher also answered viewer questions, including his view on whether Tennessee whiskey is technically bourbon. Check out the full interview on IGTV to see Fletcher go in-depth about his new role as master distiller at Jack Daniel’s and the many whiskeys within the Jack Daniel’s family. And follow Whisky Advocate to join our #TasteWithSpace Live interviews every Friday at 3 p.m. Eastern. Join us this Friday, Nov. 20, when Whisky Advocate digital assistant editor Ted Simmons talks with Terry Bradshaw, the football legend who recently dove into the whiskey world with his new Bradshaw Bourbon.