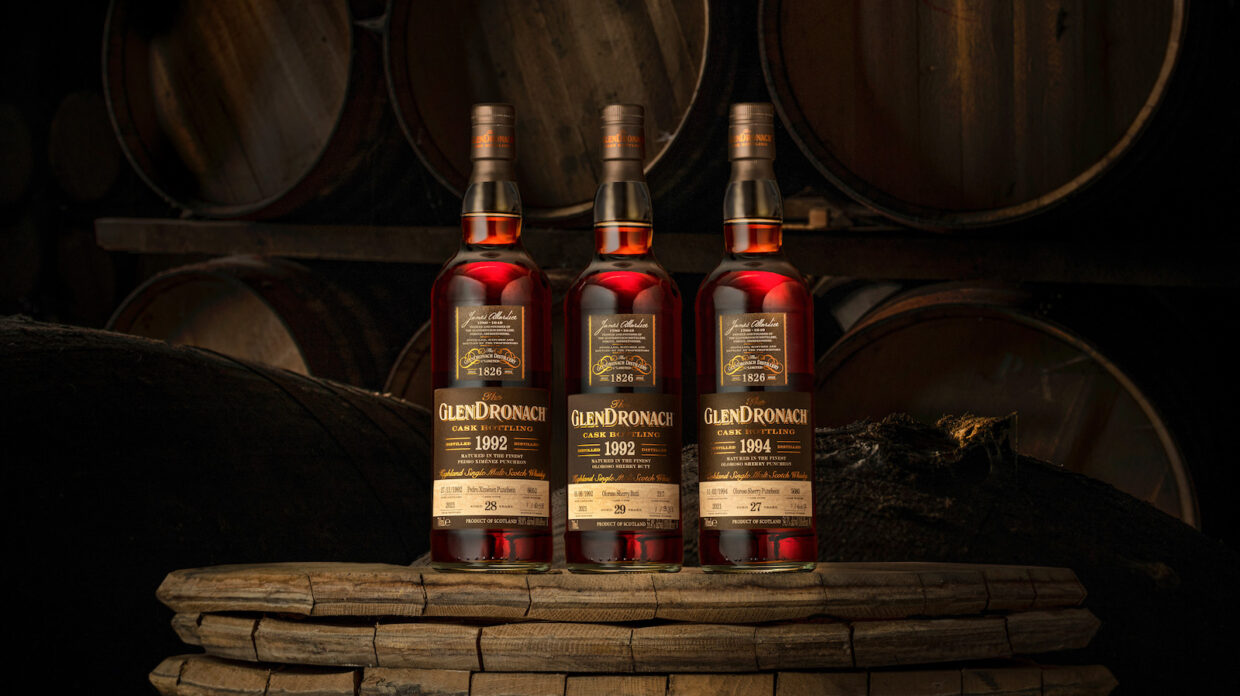 The Spring 2022 issue of Whisky Advocate hit newsstands this week, and inside you’ll find a deep exploration of all things rye whiskey. We offer up new cocktail recipes, purchasing recommendations for any budget, and a look back at what made Pennsylvania such a titan of rye production. Plus, there are more than 95 whisky reviews in the Buying Guide, all of which you can browse right now.

As for new whiskies out this week, GlenDronach has announced Batch 19 of its single cask series, Old Line Spirits adds a bottled in bond American single malt to its range, and The Irishman shares details for this year’s Vintage Cask bottling. Read on for full details. 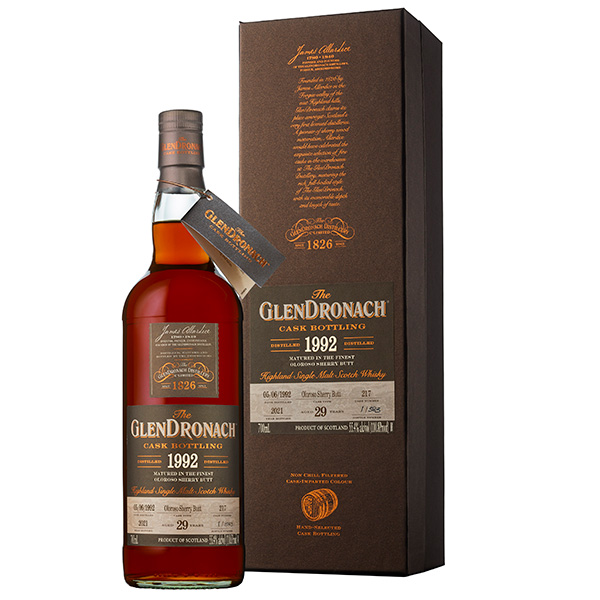 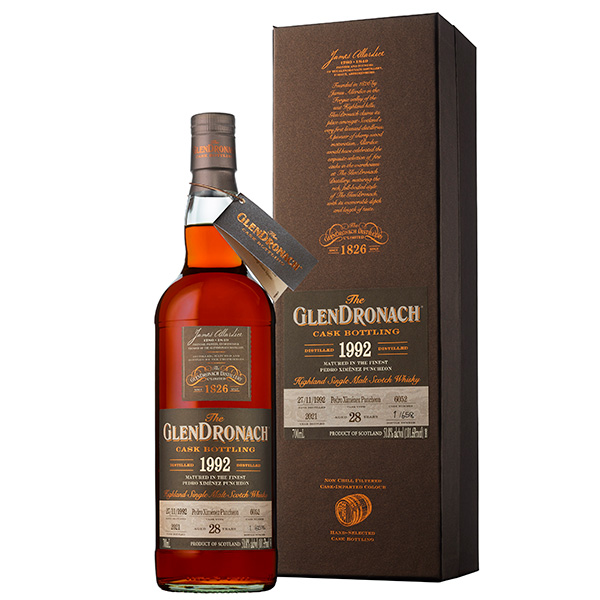 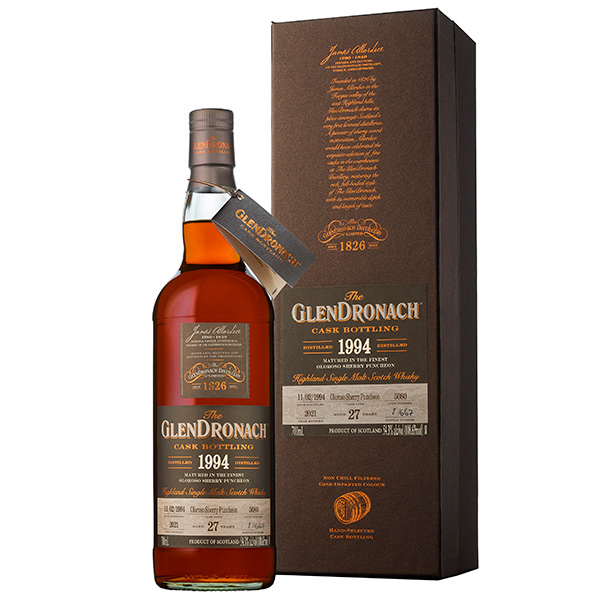 GlenDronach brought its single cask series to the U.S. for the first time last year with the release of Batch 18 and follows that up with three new whiskies in the series for Batch 19. The cask maturation for each is as follows:

GlenDronach produces some of the best wine cask-influenced single malt in the world and has landed on our annual Top 20 list twice, in 2019 at No. 8 with 15 year old Revival, and more recently, in 2021 at No. 18 with its PortWood expression. Master blender Rachel Barrie hand selects these casks and discussed the nuances of sherry maturation with us in the past, specifically as it relates to GlenDronach. If you are a fan of sherried whiskies and have the cash to spring, these single cask bottlings are sure to be a treat as they capture sherry aged single malt at an advanced age and high proof. Last year’s releases all scored exceptionally well, earning 93 to 94 points. 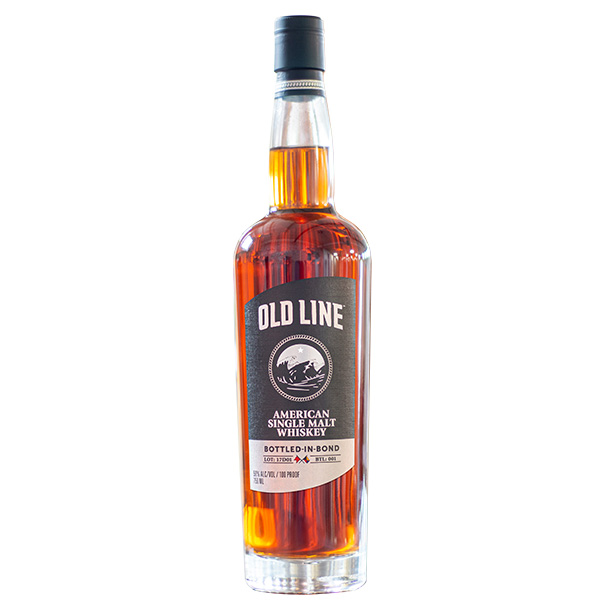 This is the first release from Old Line to be solely distilled, aged, and bottled in Baltimore. The whiskey was aged in level four char virgin American oak for all five years.

While the bottled in bond designation is most typically associated with bourbon, any American-made spirit can be made following the guidelines—including rye, wheat whiskey, and even brandy. There aren’t too many bottled in bond American single malt whiskeys on the market though, with this Old Line release joining Pine Barrens, Wright & Brown, and Boulder Spirits among the few that are out there. 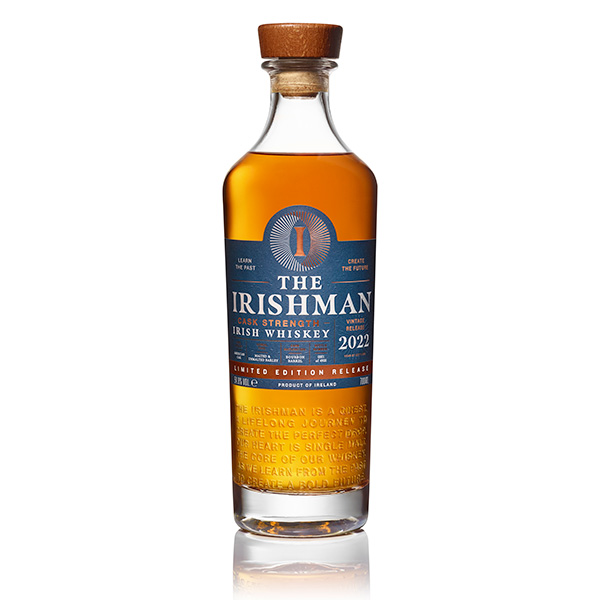 This year’s edition of The Irishman Vintage Cask is a blend of triple-distilled single malt and single pot still whiskeys.

This marks the 14th year of Vintage Cask, and if the past three years are any indication (2021’s vintage scored 94 points; 2020, 91 points; and 2019, 92 points), this is an Irish whiskey well worth exploring. The Irishman is part of a Walsh Whiskey lineup that also includes Writers’ Tears. While Walsh Whiskey no longer has a distillery of its own and was acquired by Amber Beverage Group last year, Bernard oversees maturation and product development of the portfolio’s whiskeys. 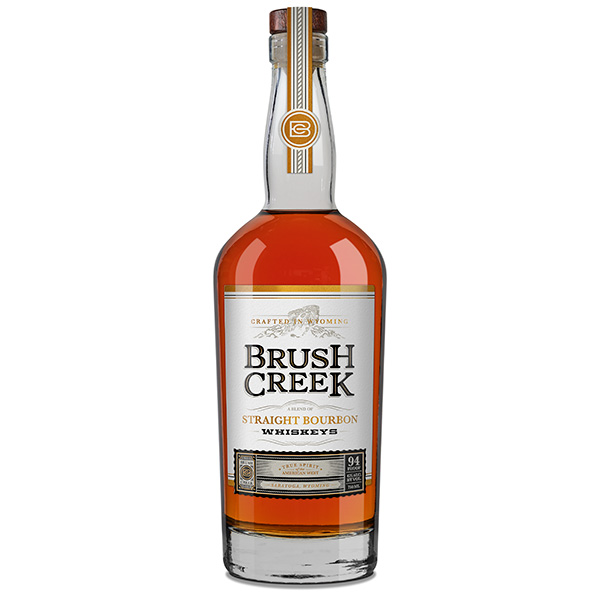 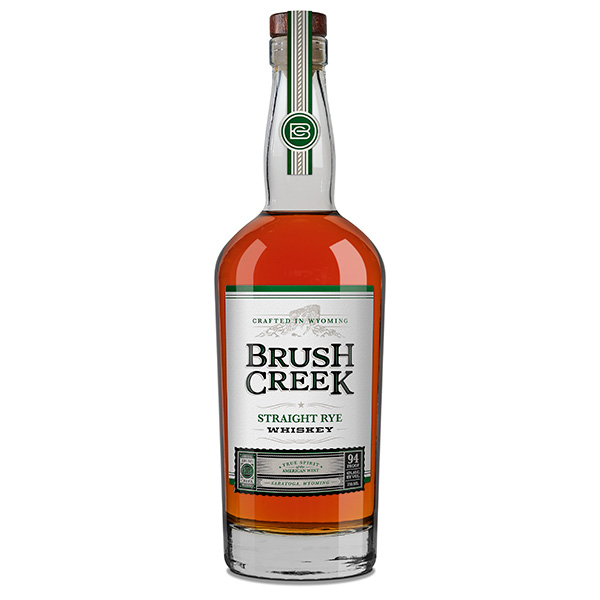 Brush Creek’s bourbon is a blend of whiskeys from Kentucky, Indiana, and Tennessee between 4 and 12 years old, creating a four-grain bourbon influenced by Wyoming’s high elevation. The rye is sourced from Indiana and is blended from barrels also aged between 4 and 12 years. The whiskeys have just hit store shelves in Kentucky, following Brush Creek’s expansion into Colorado and Texas in August 2021.

While Brush Creek is currently sourcing its whiskeys, the distillery started laying down barrels of their own bourbon in 2019 and estimates that their house-made whiskey will be ready in four or five years. In the meantime, Brush Creek puts its own spin on the sourced whiskeys, further maturing most of them in southern Wyoming, exposing the barrels and whiskey to a new climate. 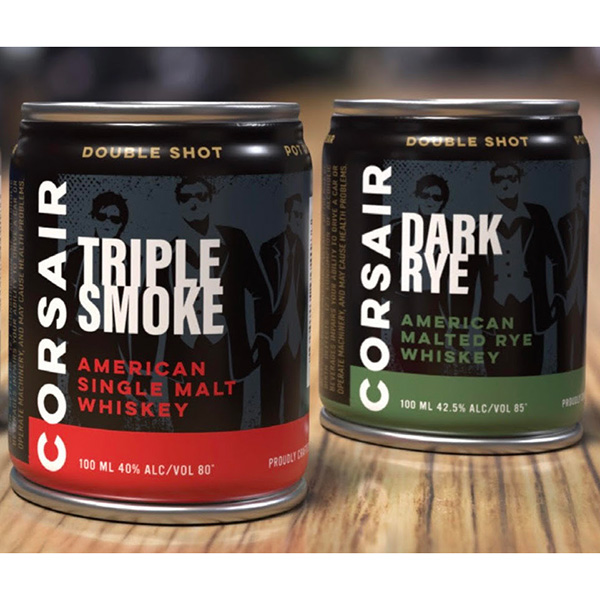 Nashville’s Corsair Distillery is releasing its two flagship whiskeys—Triple Smoke and Dark Rye—in 100-ml cans. The canned packaging aims to make for easy and convenient sipping. Triple Smoke is a single malt whiskey made from cherry-, beechwood-, and peat-smoked barley. Corsair’s rye is made from a mash of 61% malted rye, 4% malted chocolate rye, and 35% malted barley. Cans of both releases will be available in stores across the U.S. beginning in April.

Both of these whiskeys scored well in Whisky Advocate’s Buying Guide, with Dark Rye receiving 90 points in the current issue (Spring 2022) and Triple Smoke earning 88 points in the Winter 2021 isssue. Canned whiskeys are still fairly unusual, the most high profile release being Irish whiskey Two Stacks Dram in a Can, which launched in March 2021.