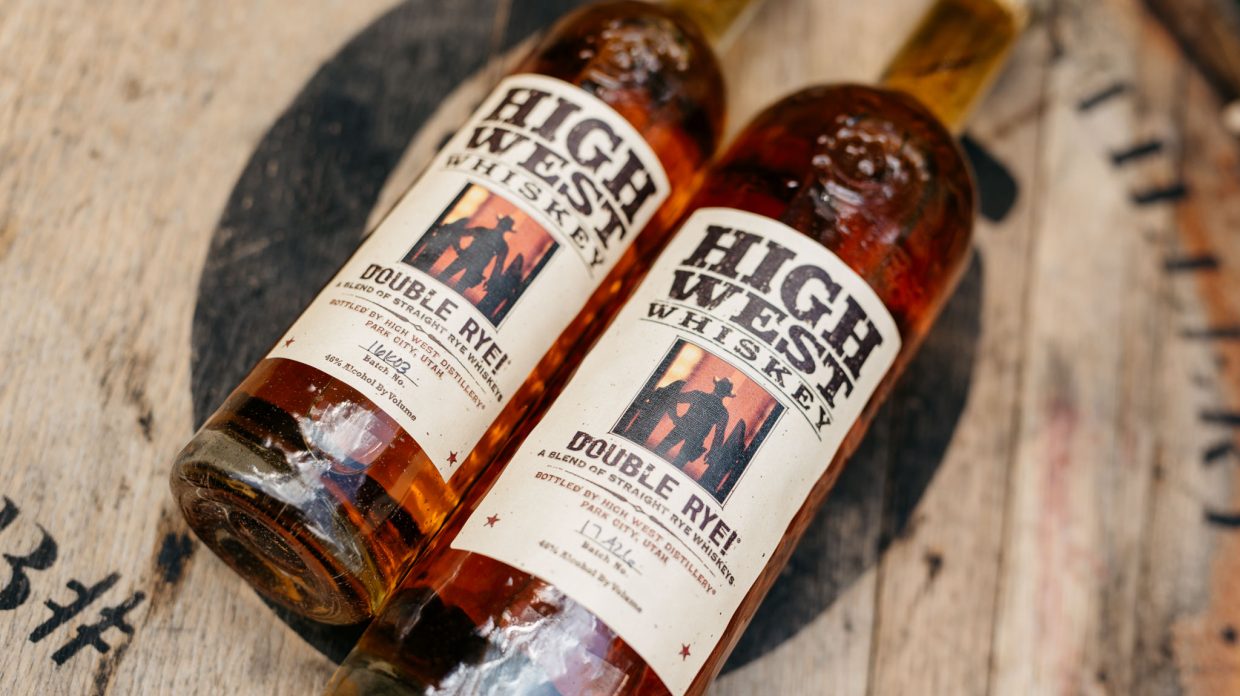 Going forward, all bottles of Double Rye will include whiskey made at High West. (Photo by Trevor Hooper)

High West Distillery is making a major change to one of its core whiskeys, Double Rye. Previously a blend of 2 year old rye from Indiana’s MGP Distillery and 16 year old rye from Kentucky’s Barton 1792 Distillery, Double Rye will now include a portion of High West’s own rye, made in Utah. The exact proportion of whiskeys isn’t being disclosed, but master distiller Brendan Coyle says the house-made whiskey is a minority of the blend and ranges in age from 4 to 7 years old. “We have some fairly complex, intricate blending recipes; the High West component that is in the Double Rye recipe now is a blend in itself,” he explains, adding that the mashbill for all the house-made whiskey is 80% rye and 20% malted rye. The abv (46%), price ($35), and packaging for Double Rye will all remain the same. If there’s an 18 at the beginning of the batch number on the label, that means the whiskey inside is the new recipe.

The High West-made rye replaces the 16 year old Barton rye, which is in ever-shorter supply. “We can’t buy 16 year old rye whiskey on the marketplace anymore—it’s all been gobbled up,” Coyle says. But with younger whiskey substituting for older stock, will fans of Double Rye notice a flavor difference? Coyle says no, explaining that the older rye distilled on a column still compares favorably with younger, pot still rye, which is what High West is making. “They have the same effect in a blend, using a very old column still whiskey and using a younger or mid-age pot-still whiskey,” he says. “That [use of the pot still] drives a lot of complexity and richness and depth. We focus on using the majority of the column still distillate for the base and pot still for the minority portion of the blend because it drives a lot of character. A little goes a long way with very old whiskeys and pot-still whiskeys as well. The amount [of High West’s pot still rye] going into the blend will increase over time, but it’ll always remain the minority—less than 50% of the blend.”

Coyle says the flavor profile of the new recipe is “basically dead on. That was the whole point of going into this activity: we have four core whiskeys and we never want to have those flavor profiles change over time. We want to have consistency. We’ve been designing our pot-still whiskey recipe over the years so that it has that same effect in the blends. So you’re not going to notice any change in the flavor profile whatsoever. It’s really just business as usual.” 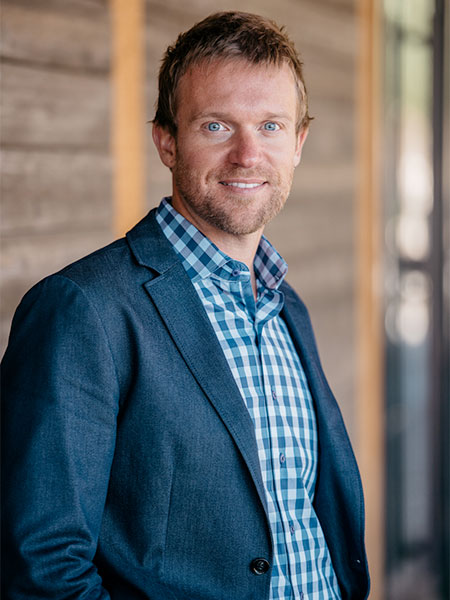 This Was Always Part of the Plan

The move to using house-made whiskey has been a long time coming. When High West was founded over a decade ago, rye whiskey had been in the doldrums for decades. The American whiskey renaissance had just begun, and it was focused squarely on bourbon. Only a handful of ryes, like Wild Turkey, Old Overholt, and Rittenhouse, were available for sale, and few people were drinking them. But High West founder David Perkins predicted rye would make a comeback and made the whiskey style his focal point. Perkins needed something to sell while his own whiskey aged, so in 2008—on the advice of then-Four Roses master distiller Jim Rutledge—he went looking for whiskey at the Seagram distillery (now MGP) in Lawrenceville, Indiana. He ended up buying $200,000 worth of rye at a range of ages, blending the variants into whiskeys like Double Rye and Rendezvous Rye.

All the while, High West was distilling its own rye and other whiskeys—first on a 250-gallon pot still in Park City, and then, starting in 2015, on a 1,500-gallon pot still at High West’s Blue Sky Ranch distillery in Wanship. For a time, High West offered unaged whiskeys (and still sells its Western Oat Silver Whiskey), and it has even made a young, house-made light whiskey, Valley Tan, for sale at the distilleries in Park City and Wanship only. But up to now, it has never made its own aged whiskey widely available. Coyle calls this release “a pretty big milestone for us.”

The new Double Rye is a harbinger of things to come: the 2018 Yippee Ki-Yay, a blend of straight rye whiskeys finished in vermouth and syrah barrels, will also include some house-made whiskey, as will future iterations of Rendezvous, Campfire, and—once High West starts distilling and aging bourbon, starting next year—American Prairie bourbon. But don’t expect Double Rye to someday become Single Rye, made only at High West. “We never have any plans of transitioning to High West own-make all by itself,” he adds. “We’re great blenders and we’re great producers here at High West Distillery. And we never want to take the ultimate focus off that finished product blend. It’s really not about getting 100% to High West own-make. It’s about making the most complex, high-quality products that we can.”