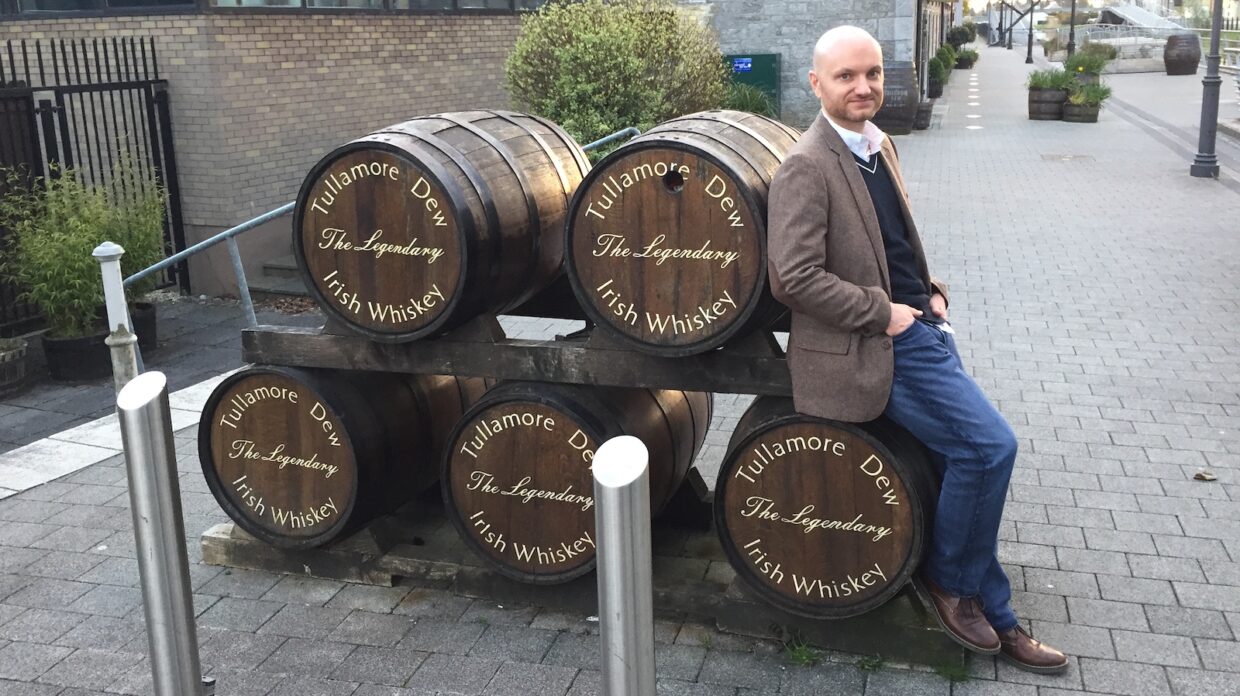 Matthew Kelley views himself as an ambassador for Irish whiskey, after studying its rise and fall and befriending a number of bartenders and distillers throughout Ireland.

Matthew Kelley would like to clarify that his son is not named Dingle. In April 2019, Kelley had plans to visit Ireland for the launch of Dingle’s first single malt. An avid Irish whiskey fan, he couldn’t wait for the trip. That same year, Kelley and his wife, Ashley, learned that they would be expecting their first child together, with the doctor’s visit that revealed the baby’s sex occurring on the same day his plane was to depart.

The two agreed to wait until he returned to South Carolina to share the news with their family, but with a sonogram image tucked inside his passport, Kelley had to tell someone. “Being impatient and wanting to share the news, 10 hours later, I’m huddled up in a pub over in Dublin, sharing this information, this news that we’re having a little boy, with some of my closest friends in Ireland,” he says. The trip turned into quite the celebration, and while he has a bottle stashed from that event to share with his son once he comes of age, the couple stopped short of using the trip as inspiration for a name. “We did not decide to name our child Dingle. We didn’t quite go that far, but it was good fun enough.”

For the Kelleys, the story represents how Irish whiskey is a true family affair. The couple collects, travels, and tastes together, and as Matthew talks of his pursuit of all things Irish whiskey, he repeatedly uses “we” when describing his relationship with it. “It’s a lot more fun to have someone to share this stuff with, than to be sitting around drinking it by yourself,” he says. “In one respect, the bottle goes twice as fast. But it makes it a lot easier to purchase whiskey when you’re both involved in the drinking of it.”

Kelley discovered his love of Irish whiskey in 2012, and today has a collection of between 250 and 300 bottles. His great-great-grandparents emigrated from Ireland, so the country has always held significance to him. “As I grew up, I took a very strong interest in history in general, in world history, but also history of this place where my family was from, and that intersected with my eventual interest in Irish whiskeys,” he says. 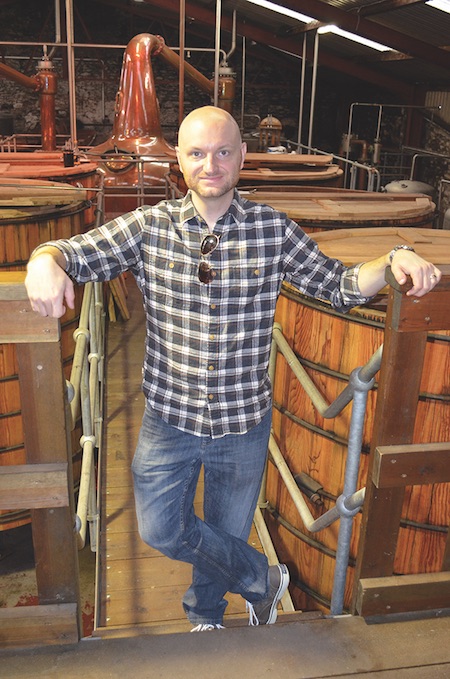 Kelley at the Dingle Distillery in 2019.

Kelley has read about the historic fall of Irish whiskey from its days as a global powerhouse in the 19th century to its depressed state near the end of the 20th, when only three distilleries remained. He tasted and learned, seeking out experts like Irish Distillers’ blenders Kevin O’Gorman and Billy Leighton. “I found myself reaching out to people over in Ireland who have helped me along the way, both in terms of education and enjoyment of the whiskey,” he says, noting that he’s now friends with many of these sources, citing Chris Hennessy, general manager of The Dylan Whisky Bar in Kilkenny, as an example. “These friends—the pub owners, drink industry experts, people that work at distilleries, and the historians over there—have guided me on my personal journey.”

While Kelley doesn’t consider himself a complete authority on Irish whiskey, he is mindful of those who have mentored him—and of his role as something of a steward for this great Irish contribution to the world. “It’s always in the back of my mind that I want to do my best to uphold that proud tradition and that heritage,” he says.

A Window Through Time

While he has deep respect for Irish whiskey’s history, Kelley enjoys looking to the future with perhaps even more enthusiasm. The recent rise in new distilleries and the ongoing renaissance of single pot still Irish whiskey signal more great things to come, particularly as those newer whiskeys reach the 3 year aging minimum. “It seems like [it’s] never been more exciting to be into Irish whiskey, at least in my lifetime,” he says, pointing toward the revival of historic mashbills and production techniques. “That’s the most exciting thing—getting a glimpse back in history, while also using modern techniques.”

Recently, Kelley acquired a 1940 release of Green Spot, and tasted it alongside a current bottling. “Two completely different whiskeys,” he says. This dynamic is what perhaps interests him most: how the whiskeys and everything surrounding them have changed over time, and how he can gain a glimpse of yesteryear. “I am always on the lookout for historical bottles which help tell the story of Irish whiskey,” he says. “To taste some of the history from these shuttered distilleries is a rare opportunity.”

Kelley hasn’t yet explored the growing segment of Irish-style American whiskeys; COVID-19 disrupted plans to visit Colorado’s Talnua Distillery, which is making single pot still whiskey according to Irish tradition. But it interests him greatly to consider how these new arrivals will fit in with the grand scheme of Irish whiskey. “Americans in general have always felt a connection with their Irish heritage, and to now be bringing that over in the form of whiskey distillation is pretty exciting,” he says.

Kelley will continue embracing both the old and the new. “Trying and exploring things that are at the forefront of what Irish whiskey will become—that’s what keeps you moving forward,” he says. “You focus on the past while constantly exploring the future.”

Daily Drinker: Powers John’s Lane. “It’s such a good representation of classic Dublin pot still whiskey from the heyday of Irish distilling, and it’s generally affordable too.”
The One He Dreams of Trying: Inish Turk Beg. “It’s just one that I wished I had purchased the first time I was over in Dublin and I didn’t, and now I’m kicking myself because the price keeps going up on it.”
Three Words That Best Describe His Relationship with Irish Whiskey: History, tradition, exploration
Most Memorable Irish Whiskey Moment: Revealing the gender of his baby to his drinking mates in Dublin just hours after getting the news
Most Extreme Thing He’s Done with Irish Whiskey: Kelley combines his love of Irish whiskey and photography on his Instagram account @vaultedbarley. On a trip to Yoho National Park in the Canadian Rockies, he and his wife scaled down waterfalls to reach the riverbed. “I got the photo that I wanted, I felt good about that, but honestly, when you’re sitting back and popping open that bottle of whiskey, watching the rapids, just sitting in nature, that’s what it was all about to me. It was totally worth it.”