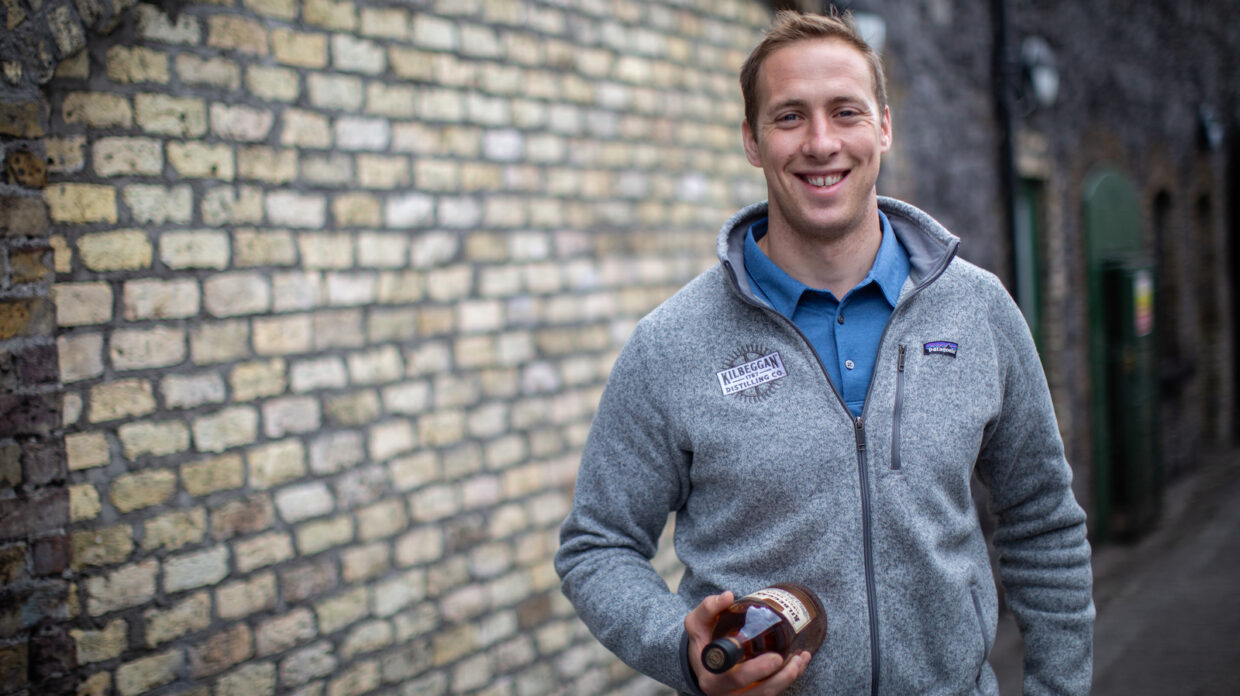 Kilbeggan is Ireland’s oldest continually licensed distillery: It opened in 1757 and survived famine, world wars, Prohibition, and more before going silent in the 1950s. After being revived in 1989 and restarting distilling in 2007, it is now a leader of the Irish whiskey renaissance. Brand ambassador Michael Egan joined Whisky Advocate’s #TasteWithSpace Instagram Live series on March 5 to discuss Kilbeggan’s history and longevity.

“There were multiple opportunities for it to shut down and fail,” Egan said. “It’s a testament to the people that work there, the whiskey that they made, their level of resilience, [that they] never gave up and there was still that demand for Irish whiskey as a category and as a result, Kilbeggan.”

Just over a week ahead of St. Patrick’s Day, Egan and Whisky Advocate senior editor Susannah Skiver Barton kicked off the discussion by making traditional Irish Coffees using brown sugar, hot coffee, Kilbeggan Original, and a dollop of cream. Egan says that while there is a customary glass for the drink, the most important parts are the ingredients, construction, and enjoyment.

“It’s an amazing cocktail with an even better story and it’s quite simple to make,” he said. “I’m always baffled when I go into Irish bars and restaurants around the U.S. and in Ireland, surprisingly, and ask for an Irish coffee and it’s a mug with a shot of whiskey thrown on top of it. The experience isn’t there.” Egan shared the colorful history of the cocktail as he demonstrated its technique.

Mash From the Past

Egan and Skiver Barton tasted some whiskeys neat as well, including Kilbeggan Small Batch rye. The distillery had intended for it to be released as a single pot still whiskey, but in the time between laying down the whiskey and bottling it, there was a change to the technical file (legal regulations) for single pot still Irish whiskey. The new standard specified no more than 5% of a grain other than malted or unmalted barley, and with 30% rye in the mash, the whiskey no longer qualified.

“I think it’s actually worked in our favor now because we’re kind of carving out a rye category within Irish whiskey,” Egan said. “It’s a grain that would have been used back in the Irish whiskey golden era. So Kilbeggan Small Batch rye is the first Irish whiskey to have rye in our lifetime.”

Kilbeggan did eventually release a single pot still whisky in 2020, which landed at the No.-8 spot on the Whisky Advocate Top 20. Along with Small Batch rye, it represents a return to historic mashbills for Kilbeggan and signals a potential direction of growth for Irish whiskey at large. “There is definitely appetite out there and there’s definitely enough mashbill recipes to make a lot more historic mashbills from the distillery,” Egan said. “I think the future is really bright not just for Kilbeggan but for Irish whiskey as a category.”

Egan also discussed the relationship between the distillery and the townspeople who live nearby—who paid the licensing fees for decades while Kilbeggan was silent—and what makes the single pot still whiskey so special to him (“It’s the Irish oats that get me all the time.”). Catch the full interview on IGTV and be sure to follow Whisky Advocate on Instagram for all future installments. Tune in Friday, March 12 as the runup to St. Patrick’s Day continues with Teeling master distiller Alex Chasko joining Skiver Barton to discuss their own Top 20-winning single pot still whiskey, the new peated Blackpitts expression, and more.