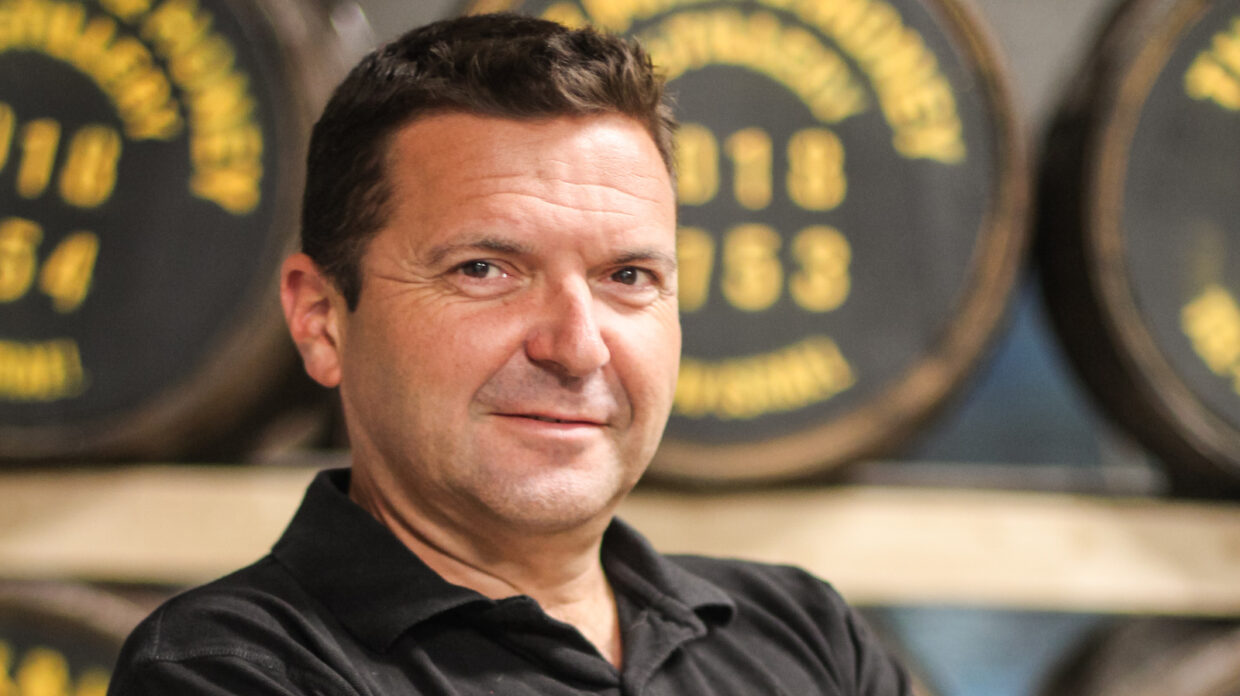 Tal Chotiner, international head of sales for M&H Distillery, joined #TasteWithSpace on Feb. 12. all the way from Tel Aviv.

Single malt whisky was once synonymous with Scotland, its original homeland, but that’s starting to change. Distillers around the globe are producing unique and flavorful single malts showcasing their maturation climate and New World approach to the popular style. M&H Distillery (short for Milk & Honey) is a prime example, as the Tel Aviv-based producer is the first to make single malt in Israel. “We started in 2020 with launching our first whisky,” said Tal Chotiner, M&H’s international head of sales, during a Feb. 12 interview for Whisky Advocate’s #TasteWithSpace Instagram live series. “We are a very young distillery, in kind of a young country, with no history of whisky making—and we launched our first whisky in the worst year since, I guess, World War II.”

Despite the challenge of launching a new whisky brand in a year when a global pandemic brought much of the world to a standstill, M&H still debuted to much fanfare. Its flagship M&H Classic single malt earned the No.-20 spot on the 2020 Top 20. “If you look at [Israel’s] whisky scene, it’s kind of new,” Chotiner said, adding that the idea for M&H started in 2012. “There are two or three more [whisky distilleries] at the moment, but we are the first and the biggest.” Chotiner and Whisky Advocate senior editor Susannah Skiver Barton tasted M&H Classic together.

Tel Aviv is known for its warm climate, which impacts the aging process for the whisky. “One year in Israel is like dog’s years,” Chotiner said, comparing Israel’s climate to the more temperate conditions in Scotland. M&H shares a similar climate to Kavalan in Taiwan and Amrut in India, two other countries leading the world single malt movement. “When [M&H owner] Gal [Kalkshtein] decided to open a distillery, it’s because people told him he’s not going to be able to do it,” Chotiner said. “The first thing he did was hire Dr. Jim Swan,” who worked with both Kavalan and Amrut, Chotiner added. One of the big issues presented by warm-climate whisky making is the amount of whisky lost to evaporation, better known as the angels’ share. This is such a familiar concept to M&H that they have their own name for it. “In Tel Aviv, we have ‘Devil’s Share,’” Chotiner said. “Angels are in Jerusalem.”

M&H’s location and climate already set it apart from other distilleries, but it is unique in other ways as well: All of the distillery’s whiskies are certified kosher. Whisky Advocate covered the growing trend, and the many requirements distilleries have to adhere to in the kosher process, in our Winter 2020 issue, and in many ways, M&H is leading the way. “First it’s a very good whisky, and then it’s kosher,” Chotiner said, emphasizing the whisky’s quality. Many single malts around the world are indeed kosher, but it’s a general rule of thumb that a wine cask finish complicates a whisky’s kosher status since the wine that the cask previously held likely wasn’t kosher; the Hebrew Bible outlines specific kosher guidelines for wine, but as Chotiner points out, “There was no whisky production in the Bible.”

M&H Elements Sherry Cask, however, was finished in kosher sherry casks. Chotiner explained that M&H sources a lot of its casks from Israeli wineries that produce kosher wine, but “there is no kosher sherry.” Since sherry has to be made specifically in Jerez, Spain, they couldn’t source it from an Israeli winery, he said. Through a joint venture with a Spanish winery, a rabbi in Barcelona, and a cooperage, they were able to create kosher Pedro Ximénez and oloroso sherry—a first in the whisky world. At the end of the day, though, quality, not innovation, is king for M&H. “We don’t like to fall in love with ourselves,” Chotiner said. “But it’s good whisky.”