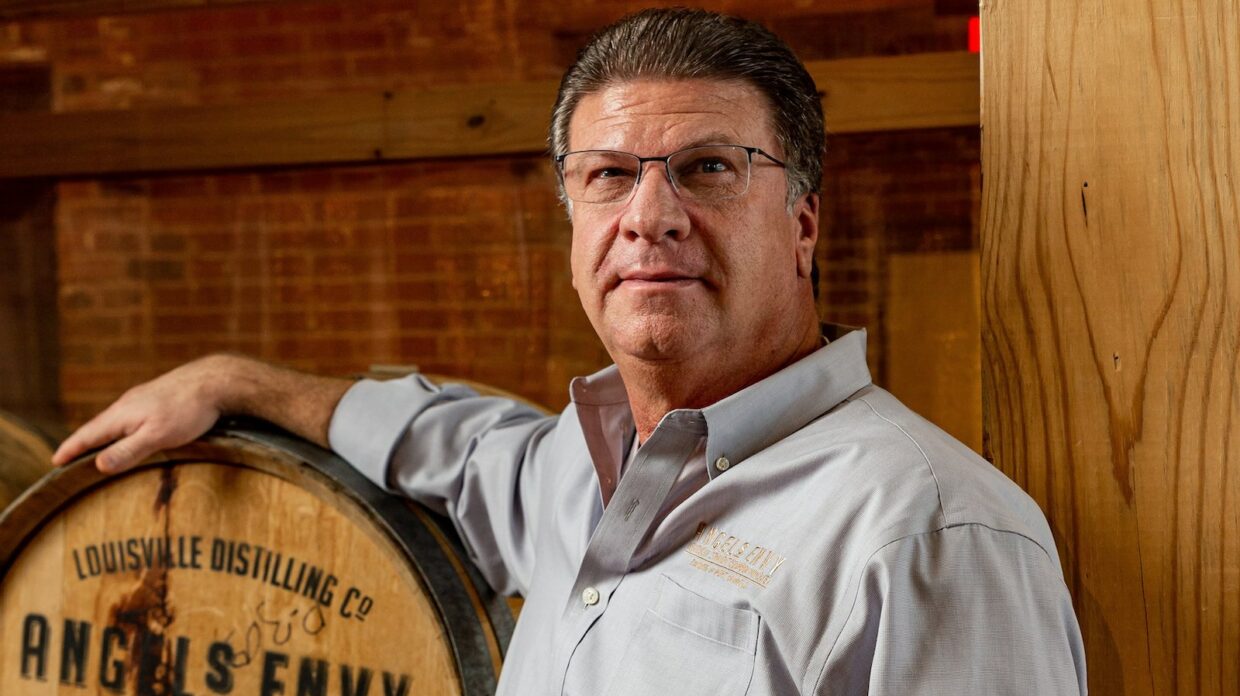 Wes Henderson, co-founder of Angel's Envy, joined #TasteWithSpace on Instagram Live on Oct. 16 to talk about how the brand helped pioneer barrel finishing in American whiskey and to taste the 2020 Angel's Envy Cask Strength.

Scotch whisky makers often turn to cask finishing for innovation but in American whiskey, using a secondary barrel is a fairly new concept. One of the leading producers of cask-finished bourbon and rye, Angel’s Envy, released its first bottles less than a decade ago. When Wes Henderson started the company with his dad, visionary distiller Lincoln Henderson, they decided to experiment with finishing bourbon in ruby port barrels. “We just kept coming back to that as a fun place to play in,” Wes Henderson said, joining Whisky Advocate’s #TasteWithSpace Instagram Live series on Oct. 16. “We were going to start there; that was going to be our jump point. It just so happened that when we did it, it felt right and we just stuck with it.”

Henderson attributed the idea to his father’s time working at Brown-Forman, which had close ties with Scotland’s Glenmorangie Distillery, a pioneer of cask finishing; Lincoln became familiar with the technique as a result. Henderson said that collaborating with his father was part of his motivation for creating Angel’s Envy. “All I wanted to do when I started this thing with my dad was just to make bourbon with dad. That was it,” he said. The challenge, however, in drawing Lincoln out of retirement, was to find something from his career that was fun, but for whatever reason, hadn’t been released. Hence, the port-finished bourbon, which became Lincoln’s final project; he passed away in 2013.

In the years since its debut in 2011, Angel’s Envy has been followed by numerous other bourbon and rye brands employing cask finishes. Asked whether he knew they would become trendsetters, Henderson said that’s just how innovations go. “You just set out to do what you do and sometimes it ends up being something that takes off,” he said. Today, Angel’s Envy has finished whiskey in ruby port, tawny port, oloroso sherry, rum, and, as of this August, Japanese mizunara barrels. “We seem to know what we’re doing so we’re sticking with it.”

From Strength to Strength

In addition to its year-round port-finished bourbon release, Angel’s Envy has an annual Cask Strength bourbon which, while limited, will be available in all 50 states for the first time this year. Whisky Advocate senior whisky specialist and digital editor Susannah Skiver Barton tasted the 2020 edition with Henderson, and asked him about the popular expression.

“When we dumped our very first barrel of bourbon after being finished, I knew immediately when I saw the color and I saw the richness that I wanted to do a cask [-strength] release,” Henderson said. “It was so complex; it was so loaded with flavor—it was like an explosion, a collision of different flavors.”