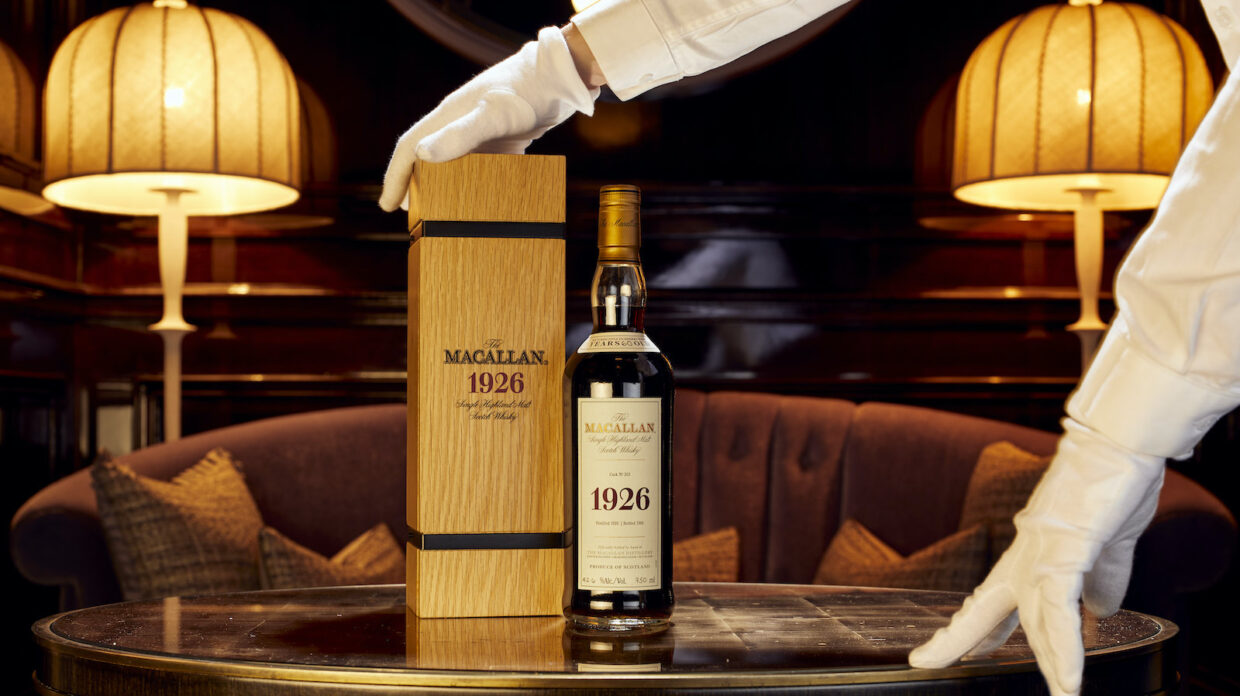 Seven bottles of Macallan have sold for over a million dollars, all in the last three years. The most recent sale came on February 22, when the 1926 Macallan 60 year old Fine & Rare sold for a £1 million hammer price at the conclusion of Whisky Auctioneer’s The Perfect Collection Part Two—that’s $1,548,020 with buyer’s premiums added. This broke the Perth, Scotland-based auction house’s own online auction record set a year earlier during The Perfect Collection Part One, nudging ahead of Christie’s whisky record by nearly $20,000 to become No. 2 in the league of highest-ever whisky auction prices. But it couldn’t break the world record set by Sotheby’s, despite the twin advantages of being a larger 750 ml bottle and with lower premiums typical of online auction houses.

Still, that larger bottle size is a boon for the buyer—if they intend to drink the whisky—because it slightly reduces the cost of a dram. The table below shows the theoretical price per 1-oz. pour of each of the seven million-dollar Macallans—a range that varies widely. It’s highly unlikely any of the buyers of these bottles will ever open them to taste, of course, but if they do, a single pour of even the least pricy will still equal the cost of 123 bottles of Macallan 18 year old Double Cask.

THE MAGNIFICENT SEVEN: EVERY MILLION-DOLLAR MACALLAN PRICED BY THE OUNCE