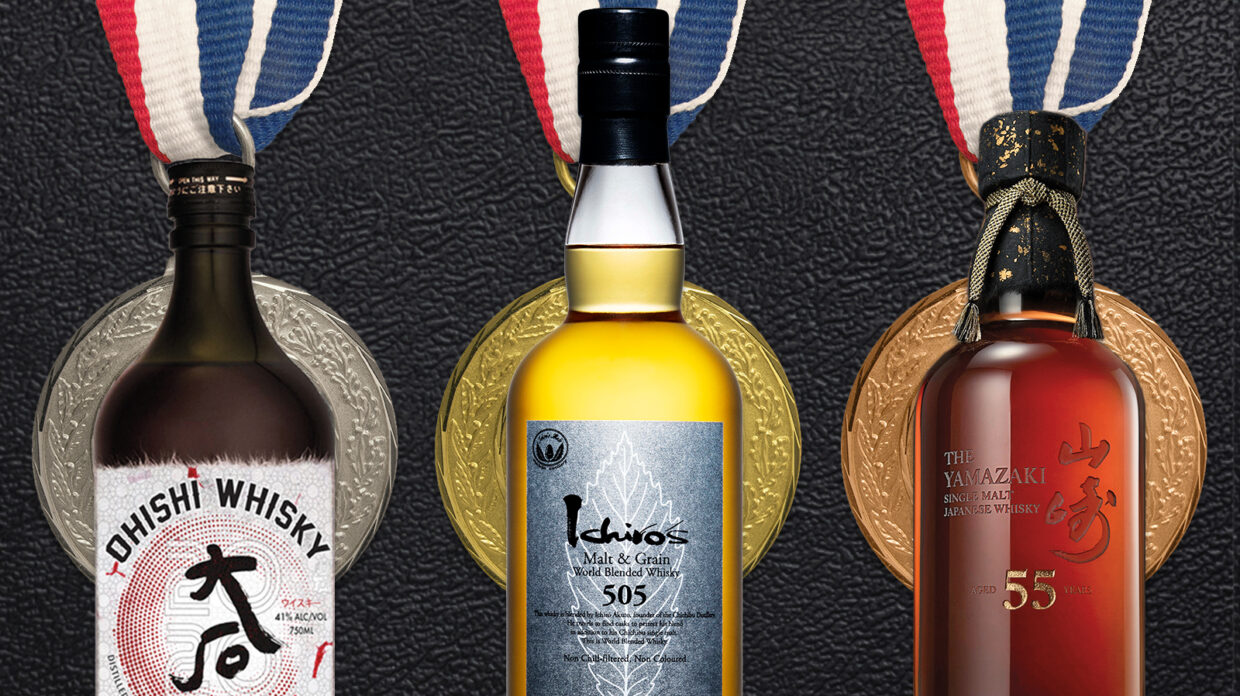 Japanese whisky makers have grappled with dwindling stocks in recent years as thirst grows for their prized liquid. Yet that hasn’t stopped major distilleries and smaller producers alike from releasing exciting new whiskies to celebrate a momentous year for Japan—in spite of the Tokyo Summer Olympics being postponed until 2021 because of the global COVID-19 pandemic. Read on for details on seven new whiskies from some of Japan’s leading distilleries, past and present.

Suntory has released a 55 year old Yamazaki single malt—the oldest liquid ever from the vaunted Osaka distillery, according to Beam Suntory. Significantly, the youngest liquid in this whisky was distilled in 1964, the same year as the previous Tokyo Summer Olympics.

The packaging aims to showcase Japan’s meticulous craftsmanship, with “Yamazaki” engraved in calligraphy on the bottle, and gold dust and lacquer embellishing the age statement. The bottle mouth is wrapped in handmade washi paper, and bound with a Kyo-kumihimo plaited cord, a traditional craft from Kyoto. Each bottle comes in a box made of Japan’s treasured mizunara oak.

Craft whisky pioneer Chichibu aims to release a 10 year old single malt—its first age-statement whisky—in late 2020, according to global brand ambassador Yumi Yoshikawa. In the meantime the distillery has released a new “world whisky.” Ichiro’s Malt & Grain 505—a blend of five different whiskies from the U.S., Canada, Scotland, Ireland, and Japan—is made from a different recipe than the original Ichiro’s Malt & Grain, using more malt whisky than grain whisky, and bottled at a higher proof (50.5% ABV versus 46.5%). While it’s available exclusively to bars and restaurants in Japan, “it is not a limited product,” Yoshikawa says. “We will continue to sell it as much as possible to support” establishments struggling from the effects of COVID-19.

Taiwan-based whisky collector and entrepreneur Eric Huang has chosen 2020 to release his very last cask from Karuizawa Distillery, which ceased production in 2000. The Last Masterpiece is meant to represent a “perfect” ending of the legendary Karuizawa.

Joining Huang is online Japanese whisky retailer Dekanta with a 35 year old Karuizawa. Even with the Tokyo Games postponed, Dekanta still wanted to honor Japan with a release that company founder Makiyo Masa says is inspired by the concept of budō—a Japanese term to describe martial arts—and the skill of Olympic athletes who “continue to practice the technique.” Each bottle in this release—dubbed the Budō Collection—was hand-painted by prominent Japanese contemporary artists Hiroyasu Tsuri (aka TwoOne), and Fate and Phil of the Sca Crew.

Ohishi is releasing a sherry cask-matured rice whisky. There will be 888 bottles available—a number chosen specifically because 8 is a lucky number in Japan, says Chris Uhde, vice president of Ohishi importer ImpEx Beverages.

The label features “Ganbare Nippon”—“Go Japan!”—written in calligraphy, and the whisky itself is “to celebrate Japan as a whole,” Uhde adds.

Also in 2020, Ohishi is releasing an 11 year old mizunara oak-finished whisky. But if that’s not enough for fans, there’s more to look forward to. Uhde says a limited-edition 16 year old sherry cask-matured whisky is planned for release in 2021.

7/29/2020: This article was updated to reflect a change in the release date for the Karuizawa Budō Collection single malt.