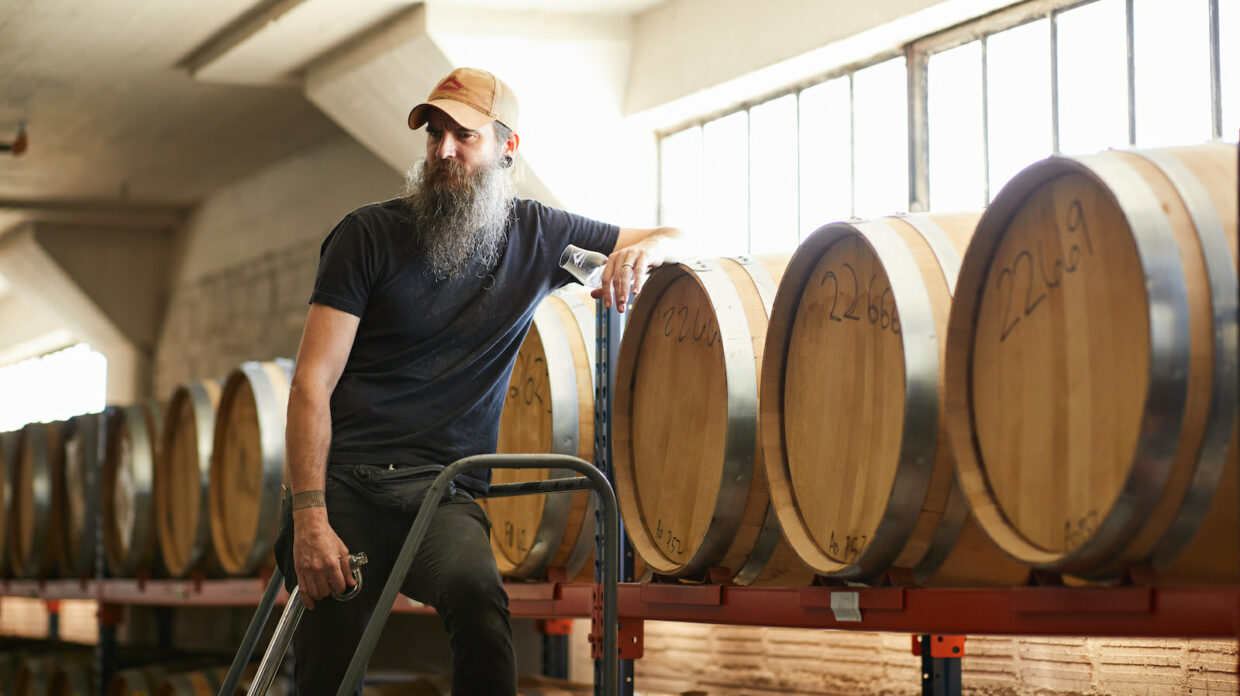 Jared Himstedt, head distiller at Balcones in Waco, Texas, joined #TasteWithSpace on Jan. 29 to discuss the impact a warm climate has on single malt whiskey and more.

Jared Himstedt considers himself and Balcones very lucky; they got started in the right place and at the right time to have now become one of America’s leading craft whiskey makers. But the outcome wasn’t inevitable. “Nobody was ready for what happened” in craft distilling, he told Whisky Advocate associate editor Ted Simmons on Jan. 29. “We could have done exactly what we did in a different time and different climate and it could have not worked. … It didn’t feel risky at the time. If your basic approach to the job is that of a maker, those things are afterthoughts. We loved whiskey; we wanted to make it very badly here; and the next thing was figuring out what that looked like.”

Himstedt, the head distiller at Balcones Distilling in Waco, Texas, joined Whisky Advocate’s Instagram Live series #TasteWithSpace to talk about his experiences as a pioneer of whiskey making in the state, particularly where American single malt is concerned. “We were just ignorant enough to try a few things that kind of stuck and became a big part of our process,” he said. “I think if we had known too much, maybe … we would’ve ended up just doing things the way that everyone else has done it.” Himstedt noted that taking risks and staying tenacious have helped Balcones find its way—but that the distillery is still just scratching the surface, as are most new American whiskey distilleries. “It’s really all still in research mode at this point, for everybody. It’s a pretty fun place to be.”

Balcones makes a range of whiskeys, from bourbon and rye to blue corn, but it’s perhaps best known for its single malts—including Lineage, a 47% ABV offering that snagged the No.-17 spot on Whisky Advocate’s 2020 Top 20. Other Balcones single malts tend to be proofed and priced higher, but Lineage was released in the hopes of attracting whiskey lovers who might be curious about the style, Balcones, or Texas whiskey generally. Stepping outside of their usual methods, Himstedt and his team blended a variety of distillates—made from locally grown and imported Golden Promise barley—and casks (new oak and refill) for Lineage. “We’re trying to highlight the grain differences and also the fruit, and it becomes a little more complex than what we get with just one barley variety by itself,” he said, noting that each batch will vary a bit depending on what stocks are available and of age.

A big part of Balcones’ DNA comes from the central Texas climate, which experiences wide temperature swings both seasonally and within the span of a single day. Those conditions mean that single malts like Lineage will reach maturity within a few years, unlike single malt scotches that might need a decade or longer to age. Himstedt said that explaining this to newcomers can often sound like apologizing. “Age can be a loose guide of where to start but if you don’t understand the climate where your whiskey’s maturing and where it’s coming from, those numbers don’t mean anything,” he said.

Along with Lineage, Simmons and Himstedt tasted Balcones Mirador and Peated single malt, and discussed the Texas-certified whiskey credential, the Texas Whiskey Trail, and the ongoing efforts of American single malt distillers to secure a formal definition of the style. The conversation ranged widely and could have gone on for much longer, as Balcones—despite its best efforts to “edit” its lineup—has many new projects on the horizon. “There’s so many things we haven’t done yet,” Himstedt said. “It’s hard to stop.”