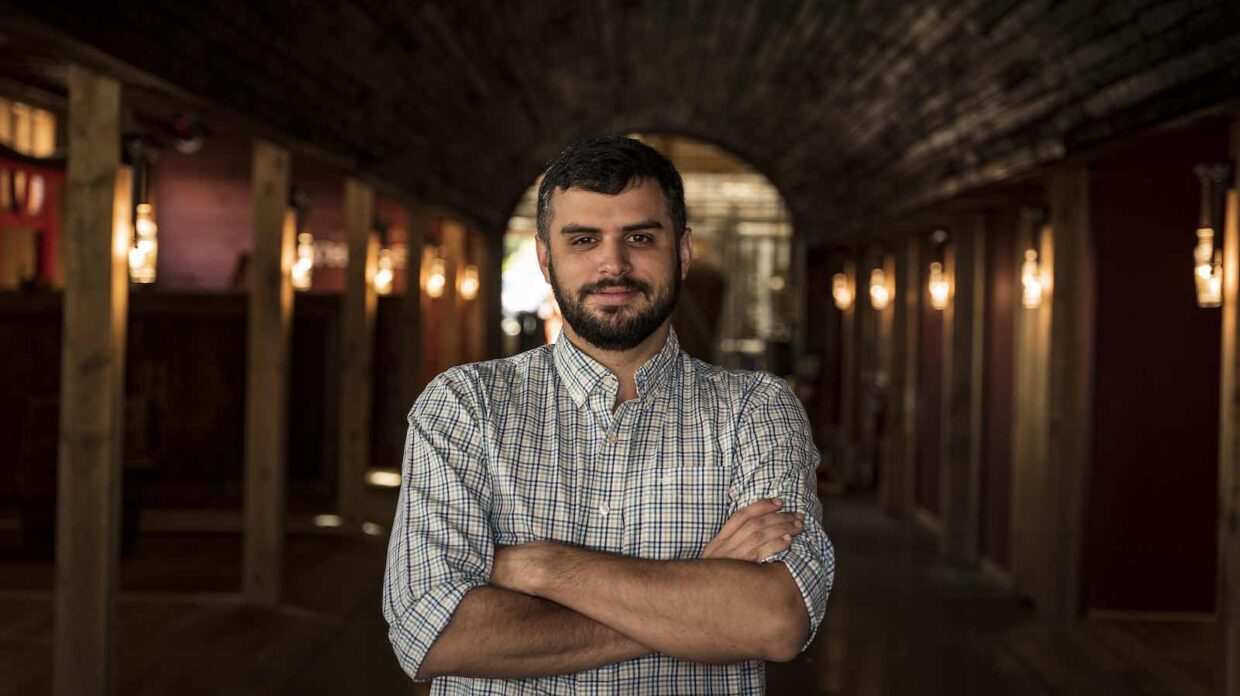 If a barrel finish seems unorthodox or even impossible—but might turn into great whiskey—WhistlePig master blender Pete Lynch wants to make it work, and often does, showcasing the most exciting successes through the distillery’s Boss Hog series. Joining Whisky Advocate’s #TasteWithSpace Instagram Live series on Oct. 23, Lynch unleashed a torrent of information on the deliberation, methodology, and exploration that goes into each release. “Boss Hog is the idea of the pinnacle of innovation—how do we push rye whiskey to its furthest limits in a way that people are going to enjoy and accept it?” Lynch said. With each release, WhistlePig is looking to “take not just our oldest, or our highest proof, or our weirdest, but our best rye whiskey that can give us the most definitive idea of that push toward redefining what rye whiskey means,” Lynch added. “And year after year it’s going to mean something quite different.”

This year’s release, Boss Hog VII: Magellan’s Atlantic, was finished in two unique barrels: virgin toasted Spanish oak casks and toasted Brazilian teak casks. “We decided to push our boundaries further than we feel comfortable with, not just in the Boss Hog line, but as a company, with our finishing practices,” Lynch said, noting that the double finish was a first for WhistlePig. Such decisions don’t come lightly—rather, they’re years in the making, informed by constant monitoring of WhistlePig’s whiskey stocks.

“As a distiller, blender, as a producer of whiskey, you’re always checking on your whiskey,” Lynch explained. “Whether it’s on a yearly, monthly, or oftentimes weekly or daily basis, you get a better idea of how certain batches of whiskey at certain age points … might fit” the flavor profile the distillery is striving for. “These whiskeys deserve to be employed a certain way, but they tell us that as they age,” Lynch added. “With Boss Hog, it’s very important to have a lot of variation on the front end in our base whiskey stocks. We’re trialing any number of whiskeys to see their different influence, and we’re also drawing off our past experience—what’s worked, what hasn’t worked, how, and why?”

Finding balance in the finish

Even with all of that exploration under its belt, for WhistlePig, this year’s release is truly singular. After aging 17 years in new charred oak, it underwent a 3-week finish in virgin toasted Spanish oak casks, and then spent just 3 days in toasted Brazilian teak casks. Similar to other Boss Hog releases, which tend to range from 12 to 17 years old, “you’re looking at some really well-aged whiskey here,” Lynch said. “Those are going to have a lot of oak impact already.” The blender’s challenge is identifying whiskeys that “at age 14, 15, 17, and beyond are going to finish well and not take on too much of the actual wood character of the finishing cask.”

If you’ve yet to taste Boss Hog VII, check out the replay on IGTV to hear what Lynch and Whisky Advocate senior whisky specialist and digital editor Susannah Skiver Barton had to say about it. They also tasted several unreleased cask samples, including a Guyanese rum finish, a local cider cask finish, and a tokaji finish—any of which may end up in a future WhistlePig release. And hear Lynch’s take on how he’s carrying the torch of late distilling legend Dave Pickerell, who helped develop WhistlePig’s barrel finishing program and who shaped the brand indelibly before his death in 2018.

Follow Whisky Advocate on Instagram to join our #TasteWithSpace live interviews every Friday. Tune in this Friday, Oct. 30 at 4 p.m. Eastern when Brendan McCarron, head of maturing whisky stocks at Glenmorangie, joins Skiver Barton to talk about the Highland distillery’s latest releases, Cadboll Estate and A Tale of Cake.