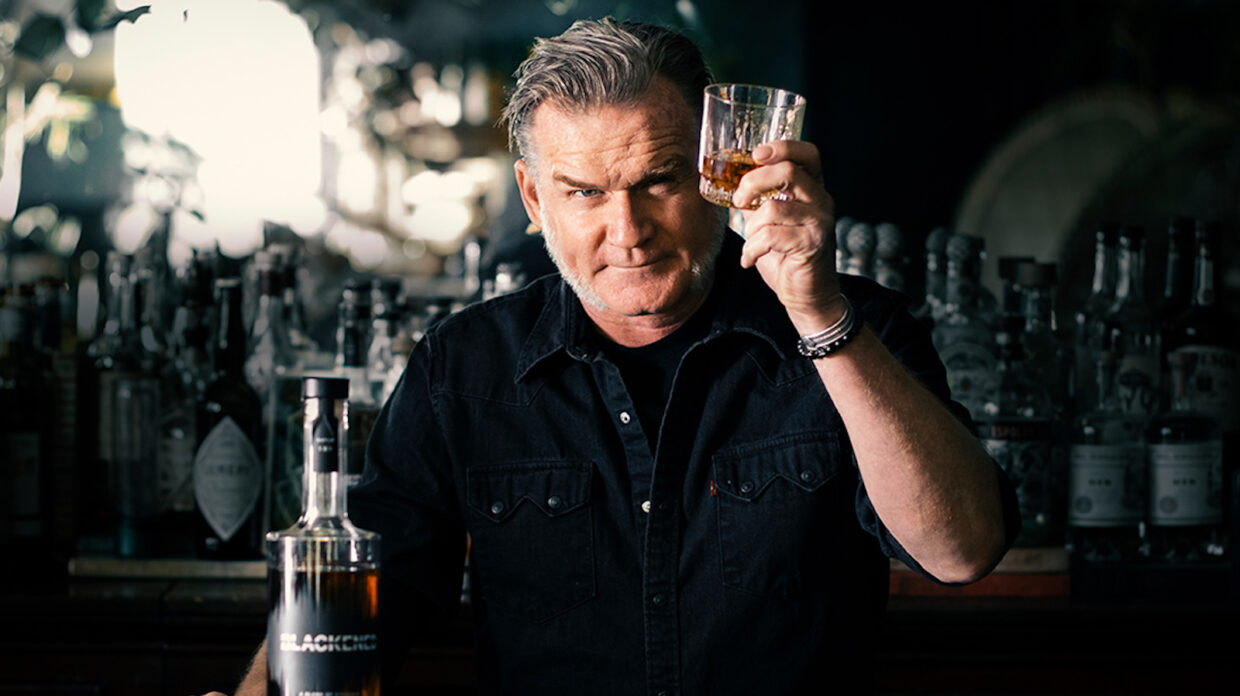 Rob Dietrich, master distiller for Blackened, joined #TasteWithSpace on May 21 to discuss working with Metallica and creating their custom blend.

The world of musician-backed whiskeys is growing larger. With well-known musical artists like Bob Dylan, Slipknot, and Florida Georgia Line serving as the face of whiskey brands, it can appeal to both fans of the spirit and the music. Blackened, the whiskey fronted by heavy metal band Metallica, is no exception. “I can definitely say that whiskey is almost hand-in-hand with the culture of rock and roll and metal,” said Rob Dietrich, Blackened master distiller and blender. Dietrich joined Whisky Advocate’s Instagram Live show #TasteWithSpace on May 21 to discuss Blackened and the convergence of the worlds of whiskey and music. “You look at early ‘80s, or even the ‘70s, there’s always these images of musicians onstage with a bottle of whiskey,” he said.

Dietrich took over whiskey making at Blackened in 2019—after the death of Dave Pickerell, who helped launch the brand—but he was no stranger to the music industry; he noted that he worked as a rigger and stage manager prior to getting his start in whiskey. “[Whiskey] is another way for musicians to really connect with their fanbase besides, you know, obviously their music,” Dietrich said. “I think that’s exciting about the way Metallica approached creating Blackened—it just goes right with the culture.”

Dietrich and associate editor Ted Simmons discussed and tasted Blackened’s flagship blend, which combines several different types of whiskeys from various locations. When it comes to blending, Dietrich seeks an end result similar to his upbringing in the theater world. “The way I view whiskey is it needs to be a great beginning that draws you in, there needs to be a middle that keeps you intrigued, and then a grand finale for that act III,” he said.

THE MUSIC IN THE WHISKEY

Blackened is finished in black brandy casks—black brandy being “a term that Pickerell coined,” in reference to Spanish brandy, Dietrich said. “Dave had this great idea of combining the power of the wall of sound of Metallica in with the process.” Dietrich referred to a notable aspect of Blackened’s whiskey-making process: Metallica’s music is blended into the spirit itself in a process called black noise sonic enhancement.

Each batch of Blackened has a different Metallica playlist played to the barrels. “The band members take turns selecting the playlist, and of course we play Metallica music to the barrels, but we’re not just playing music,” he said. Dietrich went on to explain that Blackened teamed up with Meyer Sound, a company that works with Metallica on tour, to play the music to the whiskey at a low frequency that produces vibrations, “so [the whiskey] is moving inside and out [of the barrel].” This process helps the barrel impart more flavor to the whiskey, according to Dietrich.

Dietrich also discussed Blackened’s cask-strength release (91 points), which Simmons also tasted live, and the pair chatted about the heavy metal whiskey feature in Whisky Advocate’s Summer issue—which Blackened appears in. That issue hits newsstands on June 1. Check out the full interview on IGTV, and follow Whisky Advocate on Instagram for future #TasteWithSpace episodes. Tune in this Friday, May 28, when Simmons talks with the faces of Brother’s Bond Bourbon, actors Ian Somerhalder and Paul Wesley.