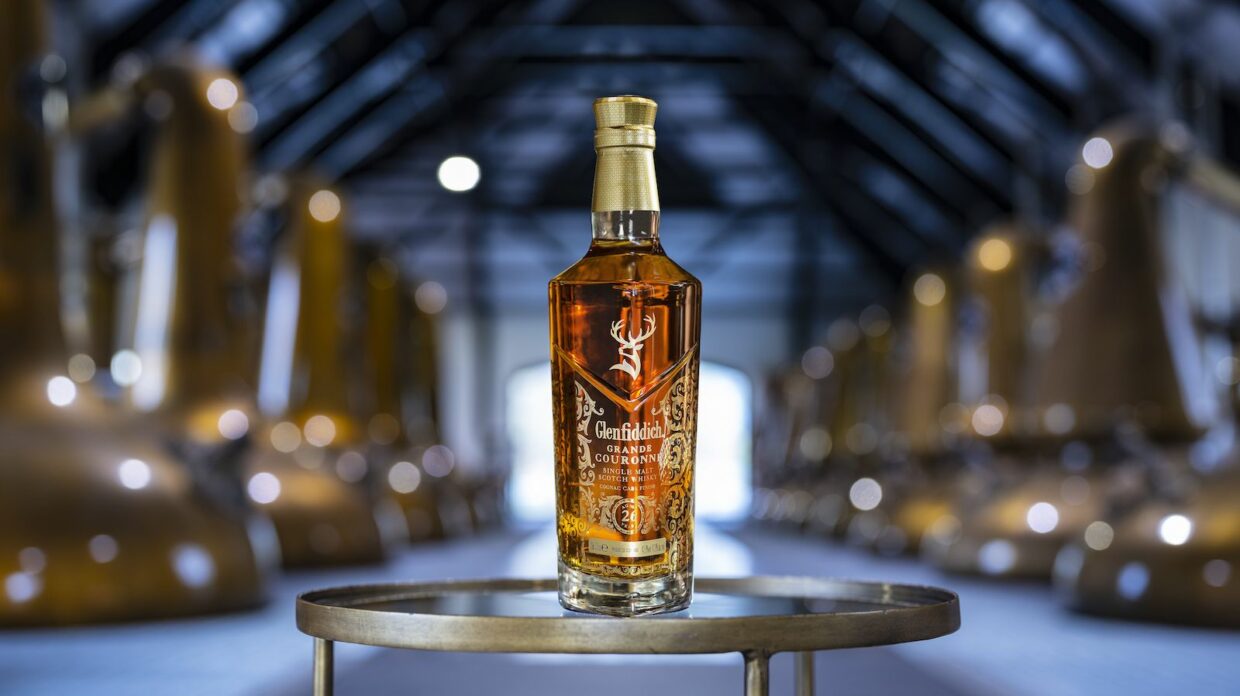 Anyone looking to pad their whiskey collection with some antique American bottles should check out Whisky Auctioneer’s A Century of American Whiskey which runs until Aug. 23. Our auctions expert previewed some of the Pappy Van Winkle, Wild Turkey, and Old Overholt up for bid, even sampling a few of these rare items.

In terms of new arrivals, this week there are plenty to choose from. Glenfiddich adds a cognac-finish to its Grand Series, Dalmore unveils a collection of whiskies selected from the last 60 years, Michter’s brings back its Toasted Barrel Finish, plus more new bourbons and ryes. Read on for full details. 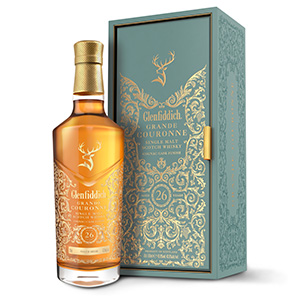 Initially matured in American and European oak casks, this whisky was then finished in cognac casks for up to two years—marking the first time Glenfiddich has ever released a cognac-finished expression. Grande Couronne, which is French for “Great Crown,” is the third expression in the brand’s Grand Series. It follows Grand Cru (finished in French cuvée oak casks) and Gran Reserva (finished in Caribbean rum casks).

The Grand Series is meant to showcase Glenfiddich’s experimentation with aged stocks, and previous releases have contributed to the world of luxury yet attainable whiskies. Grand Cru, released in 2019, scored 92 points, and at 26 years old, we have similar expectations for this cognac-finished effort. 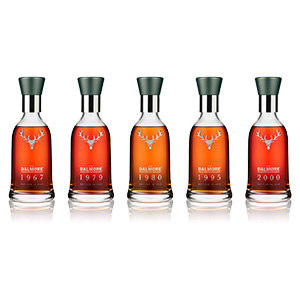 The Dalmore Decades No. 5 Collection

Master distiller Richard Paterson has selected whiskies from the last 60 years to create three limited sets of whiskies in the Decades Collection. Each comprises vintages from four, five, or six decades.

Dalmore Decades No. 5 is the only collection being released in the U.S. It consists of:

The Decades 1979 “Curating Exquisite Casks,” 41.5%, is a 40 year old matured in a Matusalem oloroso sherry butt and finished in a Graham’s Port vintage 1952 cask.

The Decades 1980 “Unbroken Chain of Visionaries,” 40.8%, was also aged in a Matusalem sherry butt before finishing in a first-fill bourbon barrel for five years.

The Decades 1995 “The Creation of an Icon,” 42.5%, was finished in Tintilla de Rota port pipes and toasts the distillery’s bell-shaped bottles.

The Decades 2000 “Into the New Millennium,” 47%, came off the stills just after midnight on January 1, 2000 and has been fully matured in a Matusalem oloroso sherry butt.

Each Dalmore Decades No. 5 set is numbered and presented in its own colorway.

These sets represent the most significant release by Dalmore since the 12-bottle Paterson Collection in 2013. This October, Sotheby’s, Hong Kong will auction the only set of Dalmore Decades No. 6 Collection, the pinnacle of the series, which includes Dalmore Decades 1951 “Royal Heritage,” a 60 year old single malt matured in twin sherry casks. Rare editions of Dalmore have an admirable track record at auction. Dalmore previously collaborated with Sotheby’s on the sale of its L’Anima 49 year old in 2019. 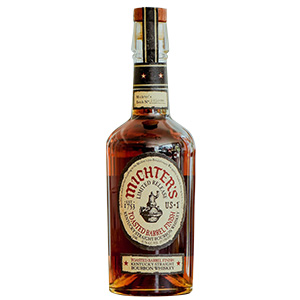 For Toasted Barrel Finish, Michter’s starts with fully matured barrels of its US*1 Small Batch Kentucky Straight bourbon, and then transfers the whiskey into a second barrel made of air-dried wood for additional aging. That second barrel is toasted (not charred) to specification by Michter’s master of maturation Andrea Wilson. Read more about how barrel toasting impacts a whisky’s flavor. 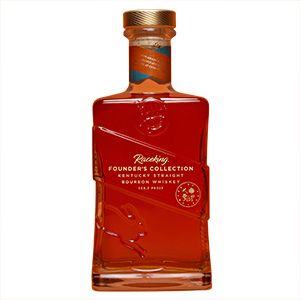 The third release in Rabbit Hole’s Founder’s Collection, this is a five grain bourbon with a mashbill of 70% corn, 13% rye, 10% malted rye, 4% chocolate malted wheat, and 3% chocolate malted barley. The whiskey is named in honor of Kentucky’s horse racing tradition and aged for 4 years in wood-fired toasted and charred new American oak barrels.

Raceking, with its unusual double chocolate malt mashbill, follows a 15 year old mizunara finish released earlier this year, and 2020’s Boxergrail in the Founder’s Collection series. That whisky was a 6 year old 95% rye that scored 93 points. 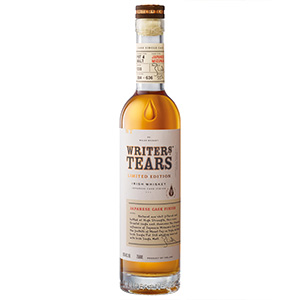 Initially aged in Kentucky bourbon barrels, this whiskey, which is a blend of single malt and single pot still, was then finished in mizunara casks for nine months.

Japan’s native mizunara oak can be tricky to work with, and to our knowledge, only one Irish whiskey brand has used it previously. Glendalough released a 17 year old in 2020 and a 13 year old before that, the latter landing at No. 18 on our 2018 Top 20 list. 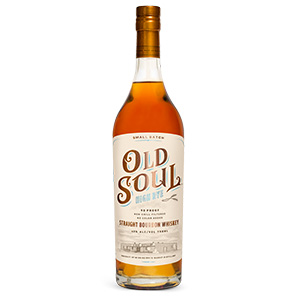 The latest release of Old Soul is a blend of 4 and 5 year old bourbons with identical mashbills of 75% corn, 21% rye, and 4% malted barley.

Cathead initially released this whiskey, which uses straight bourbon sourced from MGP Distillery in Indiana in addition to straight bourbon made at its Jackson, Mississippi-based distillery, in 2019. Unlike its 2 year old predecessor, the latest Old Soul spent at least four years aging in Mississippi. Just 88 barrels of the whiskey were made. 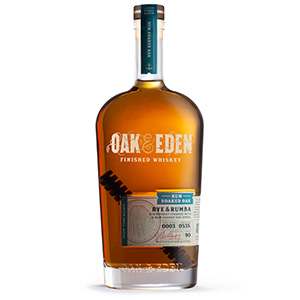 A 95% straight rye whiskey distilled at MGP in Indiana, Rye & Rumba is aged for two years before being bottled. After that, a Caribbean rum-soaked wood spire is added to the bottle, as part of the brand’s “in-bottle finishing” process.